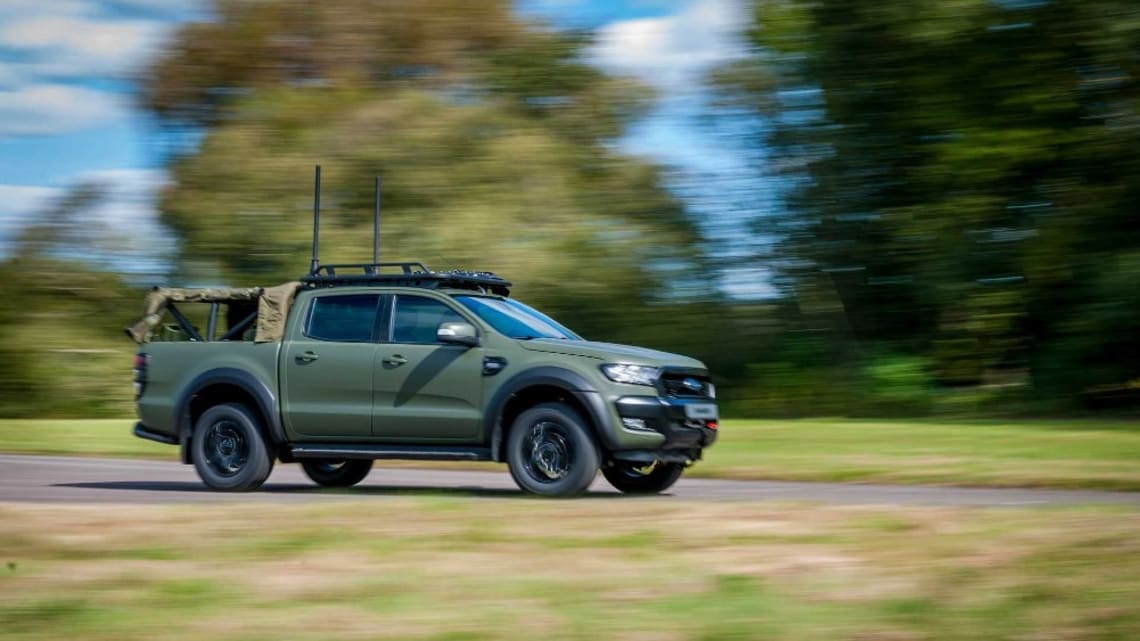 The Ford Ranger is already tough – but it’s not battle ready.

British-based engineering company Ricardo has revealed a militarized version of the blue oval’s dual-cab ute. Designed for a variety of purposes, including defence, policing and rescue services, the Ranger has been beefed up for heavy duty work.

The most obvious change is an external rollcage, that includes space for a weapon turret to be mounted in the tray. The regular windows have been replaced with bullet-proof glass and there’s also bullet-proof underbody protection. There’s also extra skid plates for the radiator, engine, transmission and fuel tank.

Ricardo also adds a 24V electrical system for the increased demands of military and rescue services.

There’s also the option to upgrade the suspension with new springs and dampers that increase ride height, as well as more powerful brakes, off-road wheels and all-terrain tyres for improved capability in all conditions.

Unfortunately there appears to be no plan to offer these modifications in Australia, despite Ricardo’s global presence. For those unfamiliar with Ricardo, the company operates in a diverse range of fields, from automotive and motor racing to rail and energy. For example, it partners with McLaren to build the V8 engines for all of the British supercars as well as building the transmission for the Bugatti Chiron.