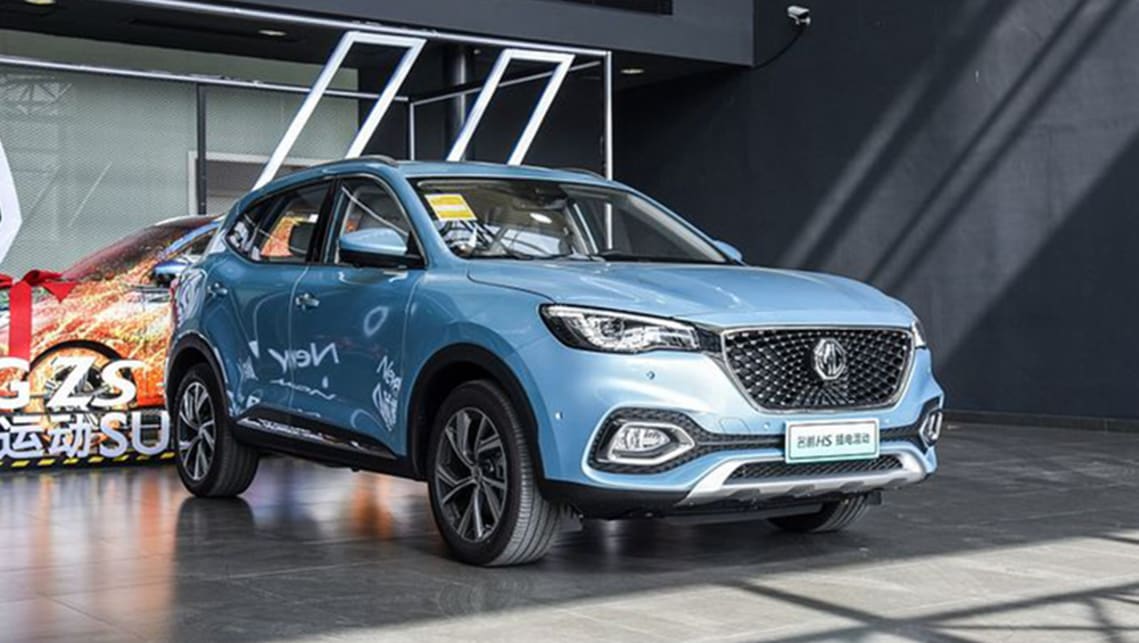 The all-new MG HS mid-size SUV is yet to go on sale in Australia, but the brand has announced a new powered-up plug-in hybrid version in its home market of China.

The new MG eHS plug-in hybrid model has been revealed at the Guangzhou auto show in China in November, and the specifications of the powertrain of the Mazda CX-5 competitor are at the front of the mid-size SUV pack.

There’s a 1.5-litre four-cylinder turbo-petrol engine with 125kW of power, which is the same as you find in the regular HS model. But it’s backed by a 90kW electric motor, that helps pushed the combined power output to approximately 215kW – though reports state the combined figure is closer to 225K – while the torque out stands at a huge 480Nm.

The model is expected to be able to accelerate to 60 miles per hour (96km/h) in 5.8 seconds – faster than any other mid-sized mainstream SUV currently on sale.

The eHS has a 16.6kWh battery pack, which is apparently good for 75 kilometres of electric driving. Taking care of power management duties is a 10-speed automatic transmission.

MG Australia has advised the eHS is on the cards for an Australian launch in 2021 at this stage. It will be sold alongside the smaller ZS SUV, which itself will have an all-electric variant in 2020.