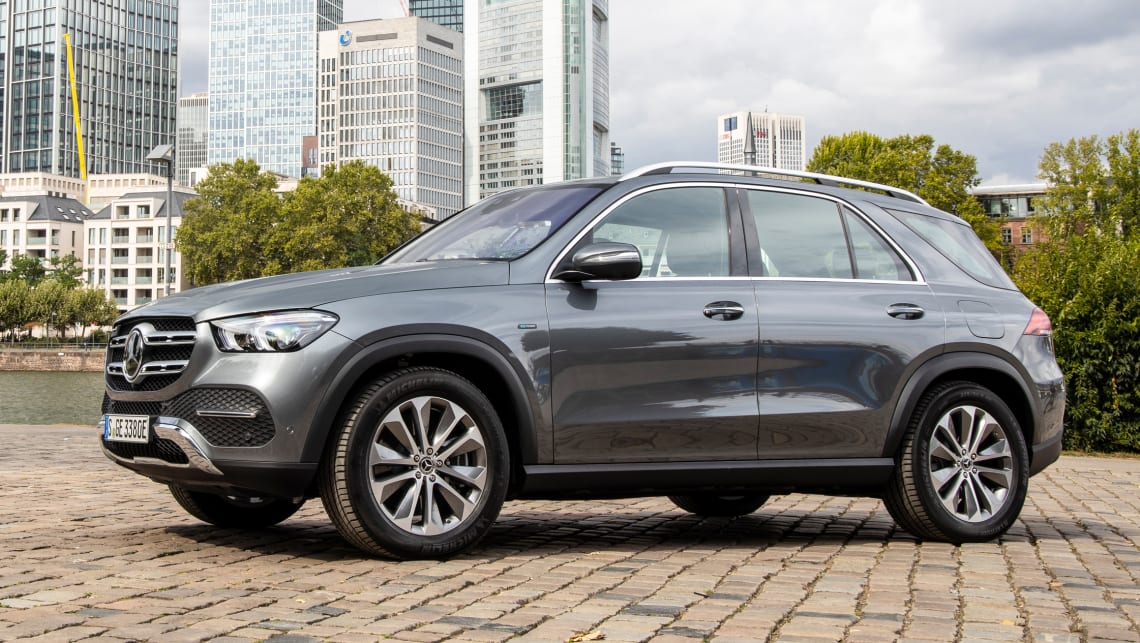 Mercedes-Benz has debuted its new “third-generation” plug-in hybrid technology with the announcement of PHEV versions of its GLC mid-size and GLE large SUVs.

The GLE will be served in ‘350de 4Matic’ guise – which will not only be a plug-in, but also a four-cylinder diesel with all-wheel drive. Mercedes says that it had to modify the rear axle to make room for its large 31.2kWh battery. The high-capacity battery grants the GLE 350de an electric-only range of 106km (NEDC).

The GLE’s four-cylinder diesel engine has an output of 143kW/400Nm but when combined with the electric motor has a “combined system output” of 235kW/700Nm. Mercedes says this allows for a towing capacity of 3500kg and a 0-100km/h sprint time of just 6.8 seconds.

The hybrid SUV also has the latest version of Mercedes-Benz’ MBUX multimedia suite able to locate the nearest compatible charging bay. It is able to take Type 2 (Mennekes) and higher-output Type 2 Combo (CCS) charging connections. Mercedes says the GLE 350de can be charged from 10 – 80 per cent in 20 minutes.

Mercedes-Benz has confirmed to CarsGuide that the GLE 350de is set to be shown in the flesh at the Frankfurt motor show, but is not in the brand’s strategy for the Australian market. Its smaller sibling – the GLC 300 e PHEV – will arrive down under some time in 2020.

Plug-in hybrid variants generally have slow sales in Australia – despite there natural ability to extend range above pure electric alternatives. Volkswagen, for example, has chosen to forgo plug-in hybrid models in favour of waiting for its family of next-generation all-electric vehicles to arrive.

In Europe, automakers have little choice but to introduce hybrid models, or variants with particulate filters to comply with the incoming strict Euro 6d emissions regulations which come into force January 2021.

Many of these engine variants will not make it to Australia do to either slow sales of hybrid models or Australia’s fuel standards falling outside of the tolerances of the latest particulate filter systems.