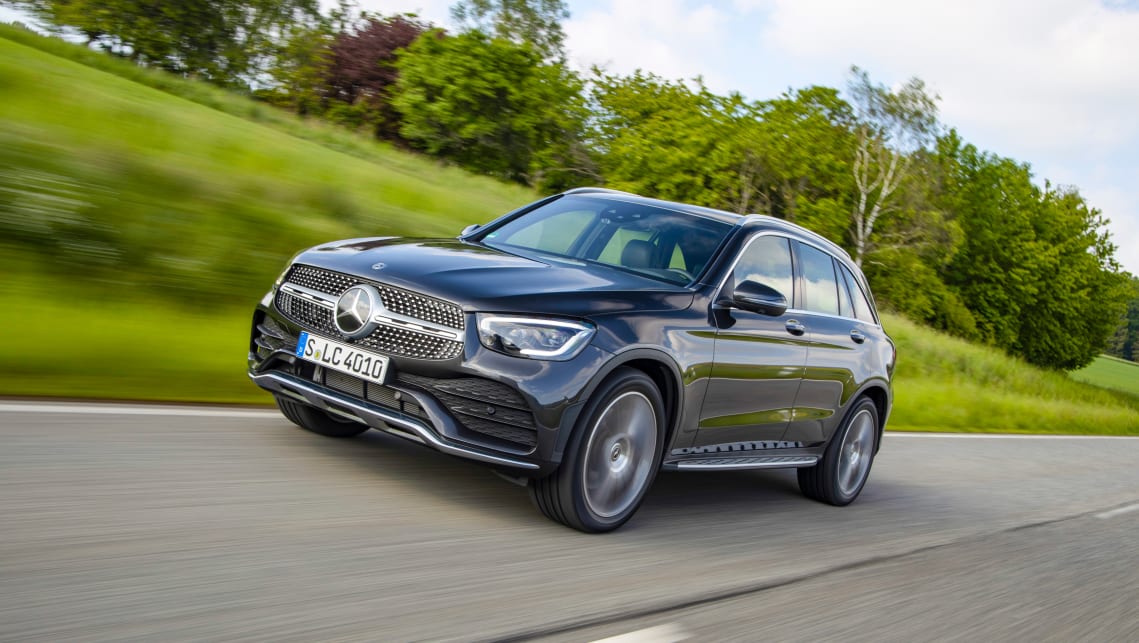 Mercedes-Benz has unveiled the GLC 300e with its latest third-generation PHEV tech.

The GLC mid-size SUV will join the C-Class plug-in hybrid later in 2020 in 300e 4Matic trim sporting a 2.0-litre petrol four-cylinder engine and electric motor with a combined system output of 235kW/700Nm. Drive is sent to all four wheels via a nine-speed torque converter automatic transmission.

Mercedes-Benz has confirmed to CarsGuide that the GLC 300e – set to be revealed in the metal at the Frankfurt motor show – will launch in Australia some time in 2020.

The German brand says the GLC 300e can be charged to 100 per cent from a wall socket in five hours or from a Wallbox in 1.5 hours. The PHEV version of the GLC is able to be charged from a Type 2 (Mennekes) charging outlet.

The PHEV GLC will also come with LED headlights as standard as well as the latest version of Mercedes’ MBUX multimedia suite which can locate the nearest charging points.

The GLC 300e is part of Mercedes-Benz’ plan to have “well over 20” electrified variants on the market in 2020.

While Volkswagen has chosen to skip PHEV models in Australia, instead placing its bets on its yet-to-arrive all-electric range, Mercedes powers ahead with many PHEV variants of its most popular vehicles set to arrive in the coming years.