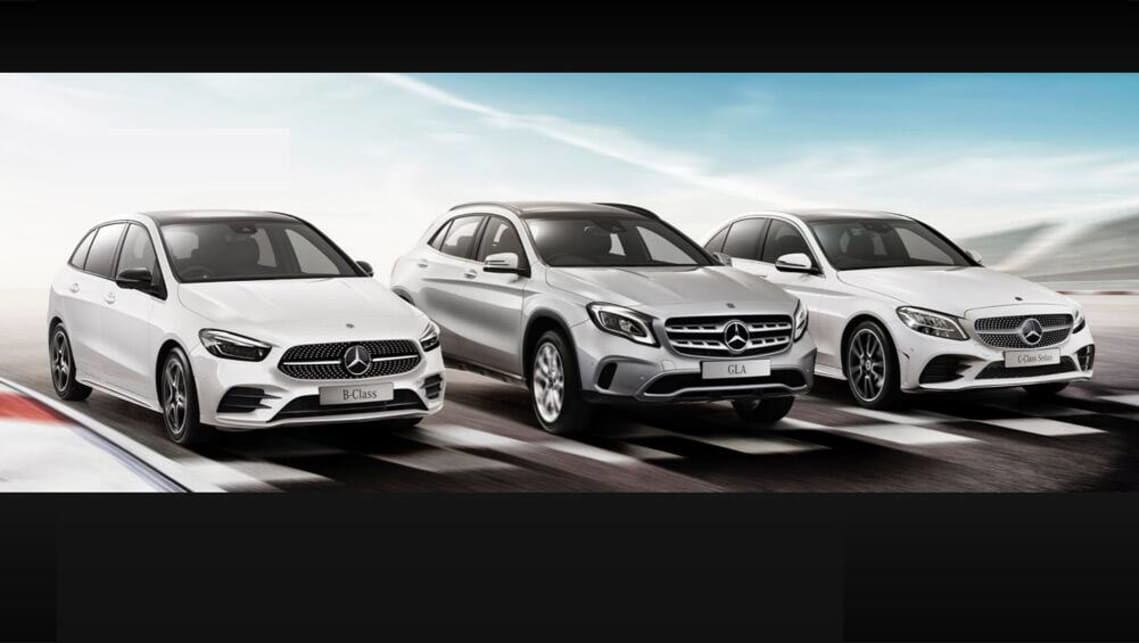 Mercedes-Benz Australia has launched new special editions of the GLA 180 small SUV, B180 tallboy hatch and E200 large sedan to coincide with the already-released Sport Edition versions of the C-Class sedan and coupe.

Like the standard GLA 180 that retails for $44,700 before on-road costs, the Urban Edition is powered by a 1.6-litre turbo-petrol engine outputting 90kW of power and 200Nm of toque.

Drive is sent to the front wheels via a seven-speed dual-clutch automatic transmission (DCT) for a 5.7 litre per 100km fuel economy rating.

Powering the B180 Sport Edition is a 1.3-litre turbo-petrol engine developing 100kW/200Nm that drives the front wheels via a seven-speed DCT.

For reference, the new-generation B-Class launched in September in B180 form for $46,400 before on-roads.

The GLA, B-Class and E-Class special edition vehicles arrive after the introduction of the Sport Edition C-Class sedan and coupe for $69,900 and $74,900 driveaway respectively.

All special editions are only available to order and delivery between now and the end of the year.