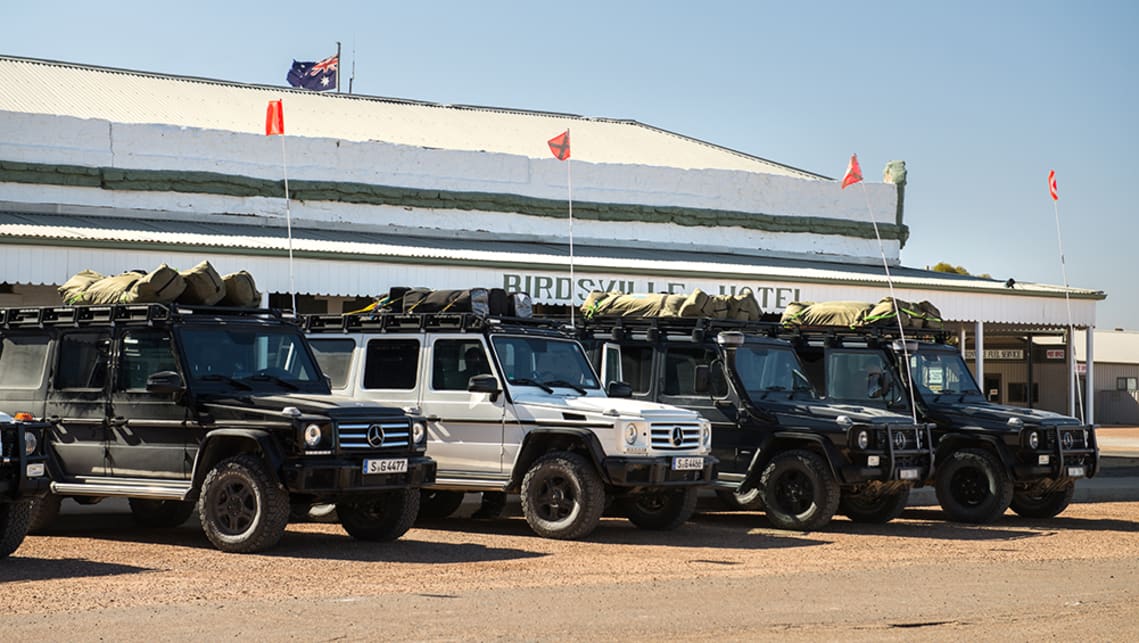 The Mercedes-Benz G-Professional cab-chassis and wagon range has reached the end of the line in Australia, with just a few examples left at dealerships, all of which are expected to be sold by the end of this year.

The G-Professional was a unique model that came about thanks to a supply contract between Mercedes-Benz Australia and the Australian Defence Force (ADF), which resulted in a fleet of more than 2200 G-Wagons of various forms being delivered between 2012 and 2016.

For example, bespoke six-wheel-drive variants were created at the request of the ADF, leading to the bizarre G63 AMG 6×6 and ultimately an even more insane version conceived by Mercedes-Benz tuning specialist Brabus, but neither were officially sold Down Under.

Now that the second-generation G-Class upper-large SUV is available – the initial allocation of its G63 AMG flagship sold out upon launch in Australia – production of the old model on which the G-Professional was based has been sidelined after a considerable 45-year run.

Mercedes-Benz Australia PR boss Jerry Stamoulis said that while the G-Professional’s time in Australia has ended, the company would be “very interested” in a successor if it were to become available.

“I don’t know if they’re building something specifically for another country that we’re not aware of, but as a G-Professional for private use, it’s not available to us anymore,” he said.

“Will there be another Professional? We’ll just have to wait and see. Historically it is not something that just comes out with the G63.

“I think regardless of what the mechanical structure of what the new layout is, we’d be interested in another G-Professional, for sure.”

A Department of Defence spokesperson said that the ADF’s G-Wagon fleet “has been delivered in full by Mercedes Benz Australia” and that there were “no further supply arrangements for delivery of G-Wagon vehicles”.

“The existing fleet of the G-Wagon is planned to remain in service until a replacement is selected through an open approach to market, which is expected to commence from 2026,” they added.

Mr Stamoulis denied that the G-Professional’s discontinuation was related to any supply arrangements.

When plans to sell the G-Professional in Australia were revealed in August 2016, then Mercedes-Benz Australia PR boss David McCarthy predicted about 500 annual sales for the utilitarian off-roader.

“I’d be surprised if we don’t do 500 in a full year,” he said. “It does depend on availability, but we’ve been given this capacity because we are a good market.”

Mercedes-Benz Australia has delivered just 410 cab-chassis and 112 wagon G-Professionals since they officially went on sale at in December 2016 and September 2017 respectively.

While the G-Professional did not meet volume expectations, Mr Stamoulis said its sales will not influence Mercedes-Benz Australia’s decision to introduce a possible new-generation version in the future.

“It’s not one of those cars that you look at its performance,” he said. “There’s a small group of customers who are very interested and we want to try to fulfil their requests because no one else can.”

Priced from $246,970 plus on-road costs, the W463 G63 AMG launched Down Under in December last year with a twin-turbo V8 petrol engine, while a more affordable variant with a turbo-diesel six-cylinder unit is due to arrive in the third quarter of 2020 with a price tag below $200,000.

While the entry-level G350d was originally planned for Australia, it may be ditched in favour of the G400d that delivers more power and torque from the same 2.9-litre in-line engine upon its June launch overseas.

The G500 – sold in other markets with a detuned version of the G63 AMG’s 4.0-litre unit – will not be heading Down Under.

The G-Professional was sold at $109,900 for the wagon and $119,900 for the cab chassis, with both motivated by a turbo-diesel V6 engine and packing the same heavy-duty chassis as the examples delivered to the ADF.

All were equipped with off-road equipment including a bullbar, indicator guards, a snorkel, twin batteries and underbody protection for the sump and transmission.