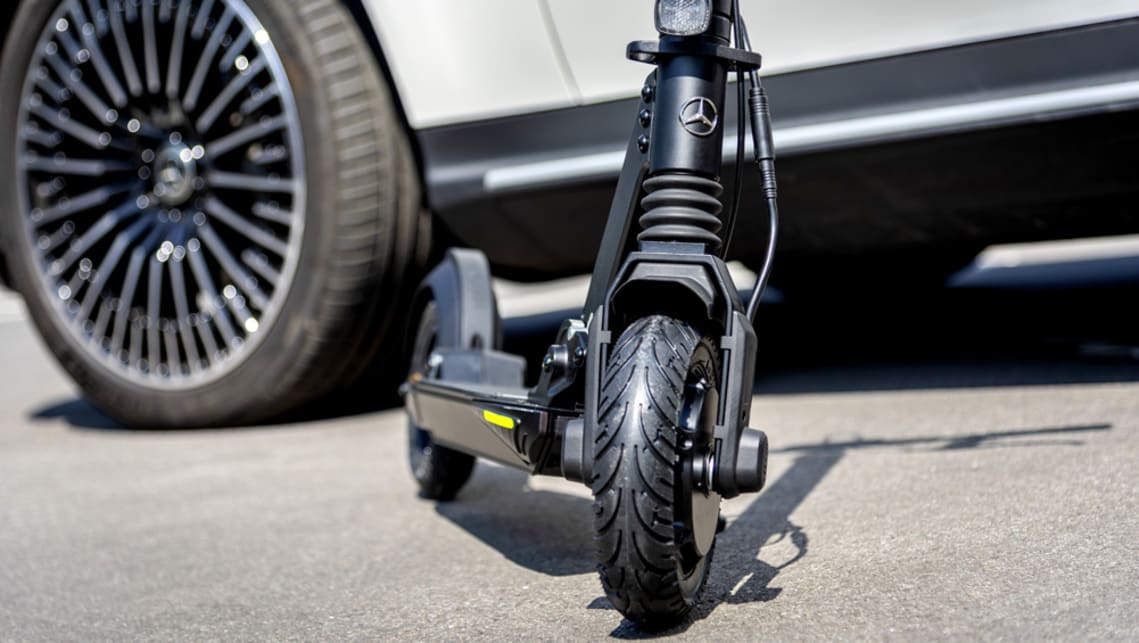 Mercedes-Benz will enter the electric scooter game early next year with its own E-Scooter that was revealed last week at the Frankfurt motor show, though an Australian introduction is still being studied.

Little is known about the last-mile E-Scooter at this stage, but Mercedes has teamed with scooter specialist micro to build its personal emissions-free transportation device.

For reference, micro offers three electric scooters in Australia, the Falcon, Condor and Merlin, with a 10, 20 and 25 kilometre range respectively.

All boast a top speed of 25km/h and a 500-watt electric motor, while the Falcon can charge in just 60 minutes compared to the Condor and Merlin’s 180-minute recharge time.

Available overseas early in 2020, the E-Scooter will sit as Mercedes’ most affordable EQ model below the EQC SUV, EQV van and eventual production version of the EQA small car.

No pricing has been revealed for the E-Scooter, but the micro Merlin is available in locally for $1299.95. The Falcon and Condor are sold out online.

According to the German brand, its E-Scooter “is specially designed for the first or last mile, making it the perfect companion for those wanting flexible mobility solutions”.

As such, the E-Scooter could be found in the boot of future Mercedes-Benz models to be used after finding a car park far away from the desired destination.

The Mercedes-Benz E-Scooter will compete directly against Audi’s e-tron scooter, which was used by the brand’s new sales and marketing executive Hildegard Wortmann to enter the Frankfurt motor show press conference stage, and Hyundai’s own electric scooter protype.