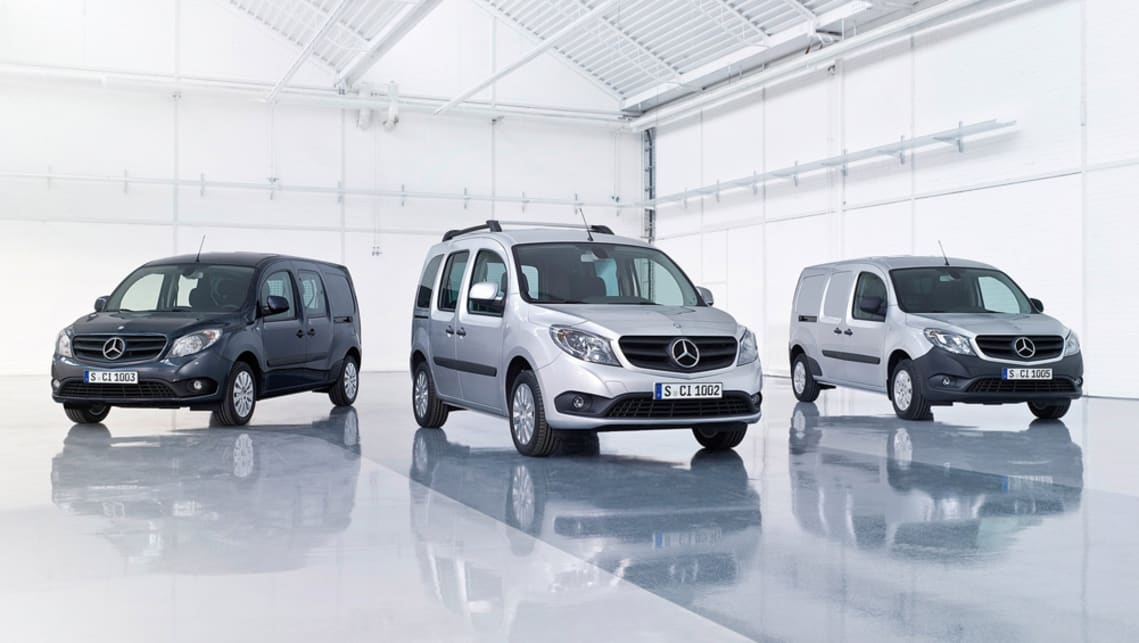 Mercedes-Benz Vans Australia could finally introduce the Citan small van to local showrooms when the light-commercial vehicle enters its second-generation form around 2021.

Though Mercedes-Benz Vans Australia was keen to bring the first-generation Citan Down Under, the rebadged Renault Kangoo small van was ultimately deemed unfit for the local market due to a lack of an automatic transmission and suitable powertrain options.

Timing for the second-generation Citan is still unclear, but Mercedes-Benz has confirmed the new version will be co-developed with the Renault–Nissan–Mitsubishi Alliance, which is planning to uncover the next Kangoo next year.

Little is known about Renault’s third-generation small van, but the Kangoo ZE Concept revealed earlier this year previewed the new model in all electric form.

Mercedes-Benz has also confirmed its next Citan will feature an electrified version, though whether the alternate powertrain makes it to Australia is still unclear.

If it arrives, the Mercedes-Benz Citan would compete against the Citroen Berlingo, Fiat Doblo and Volkswagen Caddy.

Mercedes-Benz Vans boss Marcus Breitschwerdt said: “The new Citan will undergo a comprehensive new development and clearly be recognisable as a Mercedes-Benz at first glance.

“We will provide for a distinctive brand-adequate identity in the successor of our small van,” he said.

News of the next Citan continues Mercedes’ relationship with the Renault-Nissan-Mitsubishi Alliance, which started nine years ago with the French brand providing diesel engines for the third-generation A-Class small car.

Since then, the Benz A-Class and GLA platform have also been used to underpin the Infiniti Q30 and QX30 respectively, while the 1.3-litre turbo-petrol engine in the fourth-generation A-Class is also sourced from Renault.

The most visible tie-up however, is the X-Class ute, which is built on the Nissan Navara platform.