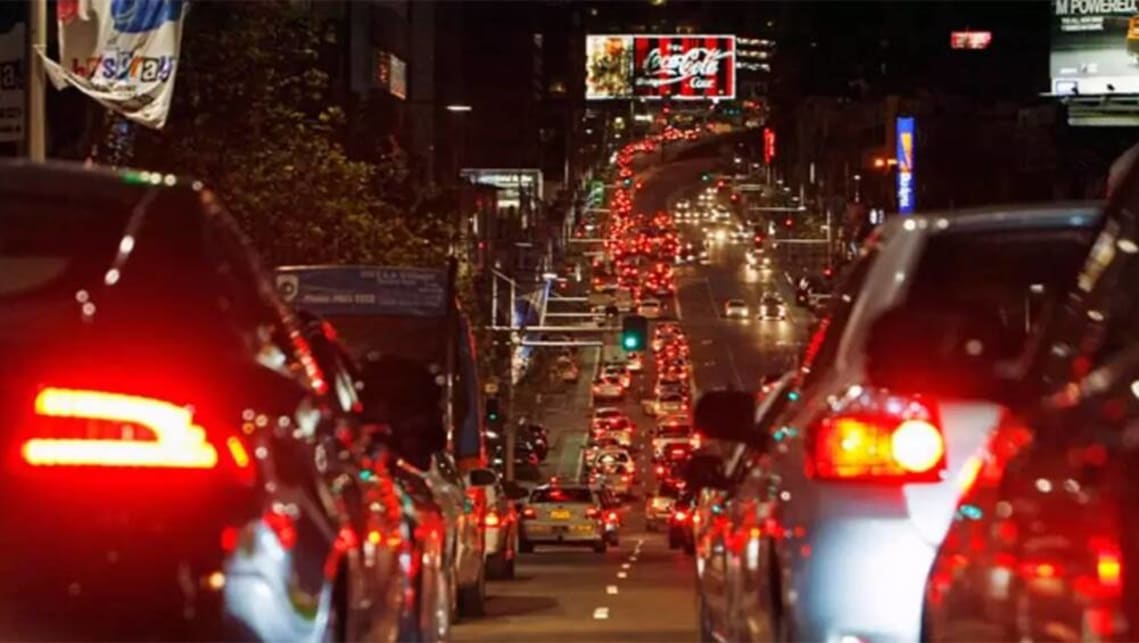 Melbourne closes in on Sydney as Australia’s most congested city

TomTom has published its 2019 traffic index, which ranks 416 cities across 57 countries for urban congestion and provides key insights into traffic related issues.

Sydney ranked 86th on the index with a rating of 33 per cent, making it the most congested city in Australia ahead of Melbourne (30%).

However, Sydney-siders noticed a one per cent improvement in congestion compared to 2018, while Melbourne traffic became one per cent worse.

The index also gives insights into how much time that commuters lost due to traffic.

In Sydney, an average of 19 minutes were lost to the morning rush hour, and 17 minutes in the evening, based on a 30 minute trip.

On a yearly scale, that equates to around five days and 18 hours. In that time, one could listen to John Lennon’s Imagine 2645 times, or cook 3981 pancakes, according to TomTom’s findings.

It was a similar story in Melbourne, with an average of 17 minutes lost to both morning and evening rush hours.

On a global scale, traffic has increased significantly over the last decade, with 57 per cent of the cities ranked showing increased congestion levels year-on-year, and just 63 cities showing measurable decreases.

The overall increase in congestion is believed to cost economies billions, and according to TomTom vice president of traffic information Ralf-Peter Schäfer, a number of changes need to be made.

“Globally, there’s a long road to travel until congestion levels are brought under control,” he said.

“In time, the rise of autonomous vehicles and car-sharing services will help alleviate congestion, but planners and policymakers can’t afford to sit and wait.

“They need to use all the tools available to them to analyse traffic levels and impacts, so they can make critical infrastructure decisions. And drivers have a role to play too.

“Small changes in driving behaviours can make a huge difference.”