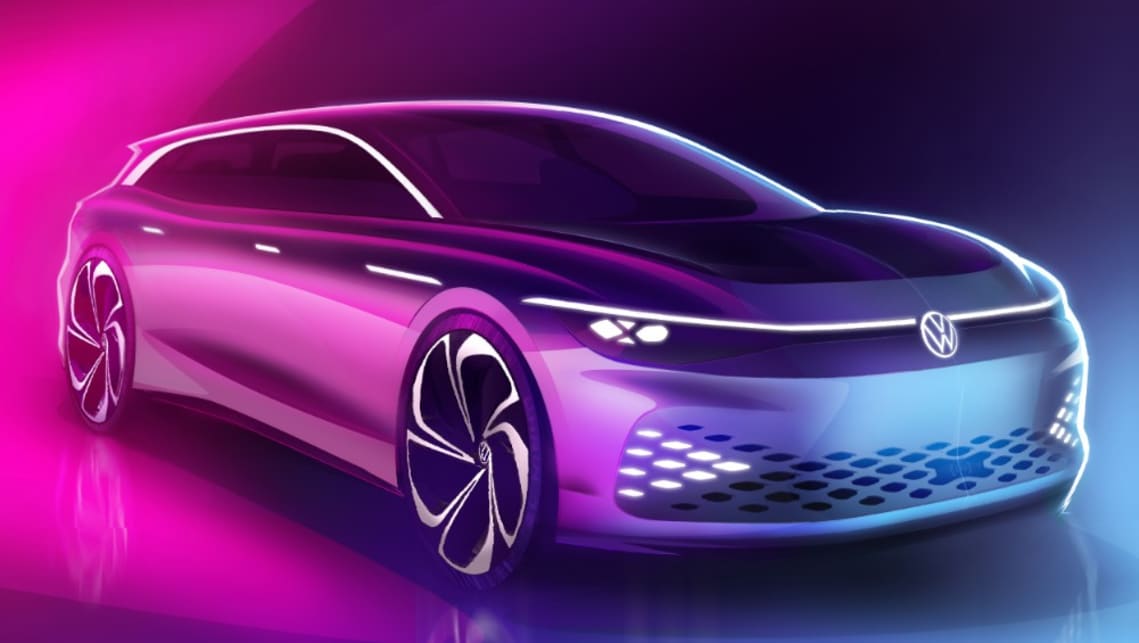 The once humble station wagon looks set to get an electric makeover that could make it cool again.

Just as Tesla did with the out-of-favour luxury sedan when it launched the Model S, Volkswagen is hoping to revive our love of the wagon with the ID. Space Vizzion concept that will debut at this month’s Los Angeles Motor Show.

That latest member of the German giant’s expanding ID. family of battery-powered cars, the Space Vizzion is designed to offer SUV-like space, in a sportier package. As the company says in the press release the Space Vizzion “is a crossover of tomorrow that combines the aerodynamic characteristics of a Gran Turismo with the spaciousness of an SUV.”

Volkswagen claims the shape of the wagon has been tailored to maximise the range, specifically the front end and roof have been designed to slip through the air. While only a concept the company claims the Space Vizzion has a range of up to 480km (300-miles).

However, a production version is already in the works and will launch in selected markets in late 2021. It will be based on the same ‘MEB’ EV architecture as the already unveiled ID.3 hatchback.

“So far, with our ID. family, we have shown what is possible with electric vehicles in each known car category,” said Klaus Bischoff, head of Volkswagen Design. “With the ID. Space Vizzion we create a new, fully electric segment.”