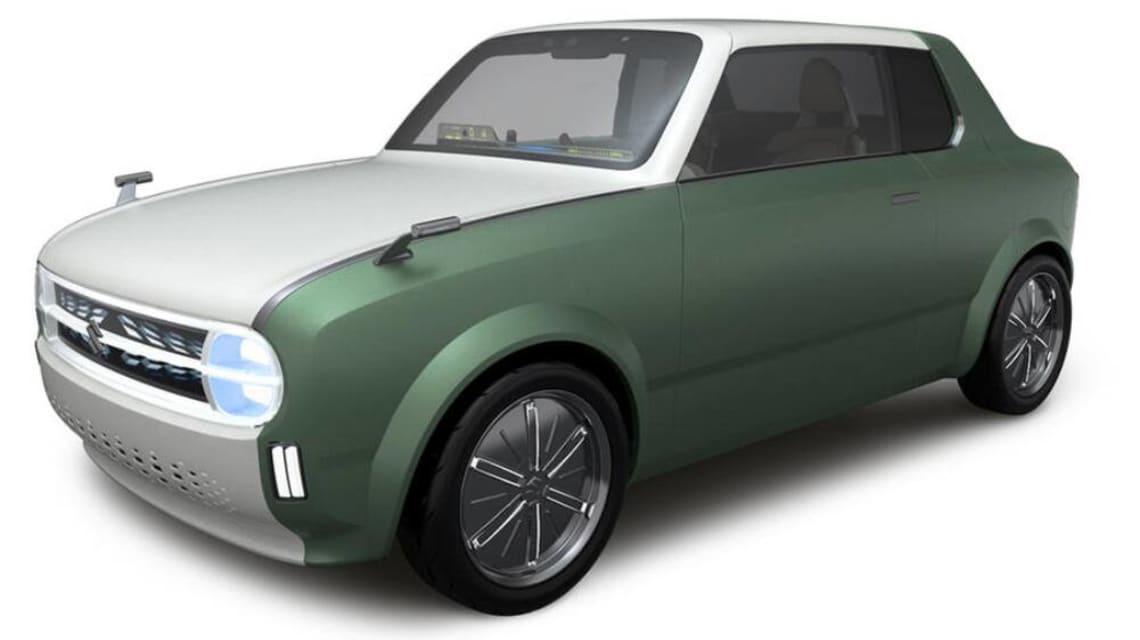 The idea of a retro-styled electrified vehicle appears to be catching in Japan, with Suzuki set to reveal the Waku SPO PHEV at the Tokyo Auto Show.

Details remain thin on the ground for now, but we do know the Waku can apparently change its appearance with the press of a “Waku” switch (which means excitement in Japanese), which Suzuki says will “switch its body shape, front mask, and content shown on the dashboard”.

Exactly what will be powering the Waku is at this point unclear, though we do know it will feature a plug-in hybrid drivetrain that will unlock pure electric driving, at least over shorter distances.

“With this one car, the family can share fun and excitement across generations, for daily use as well as for pleasure,” Suzuki says.

The Waku is only a concept for now, but if we’ve learned anything from the Honda e – another retro-styled and electrified vehicle that began life as a concept but has now firmed as a production reality – it’s that vehicles like this Suzuki are suddenly right in fashion.

While not yet confirmed for Australia, the Honda e will be available with two electric drivetrains – one capable of 100kW/315Nm and a performance version with 113kW/315Nm. Either version will be capable of around 220km of range from its 35.5kWh battery.