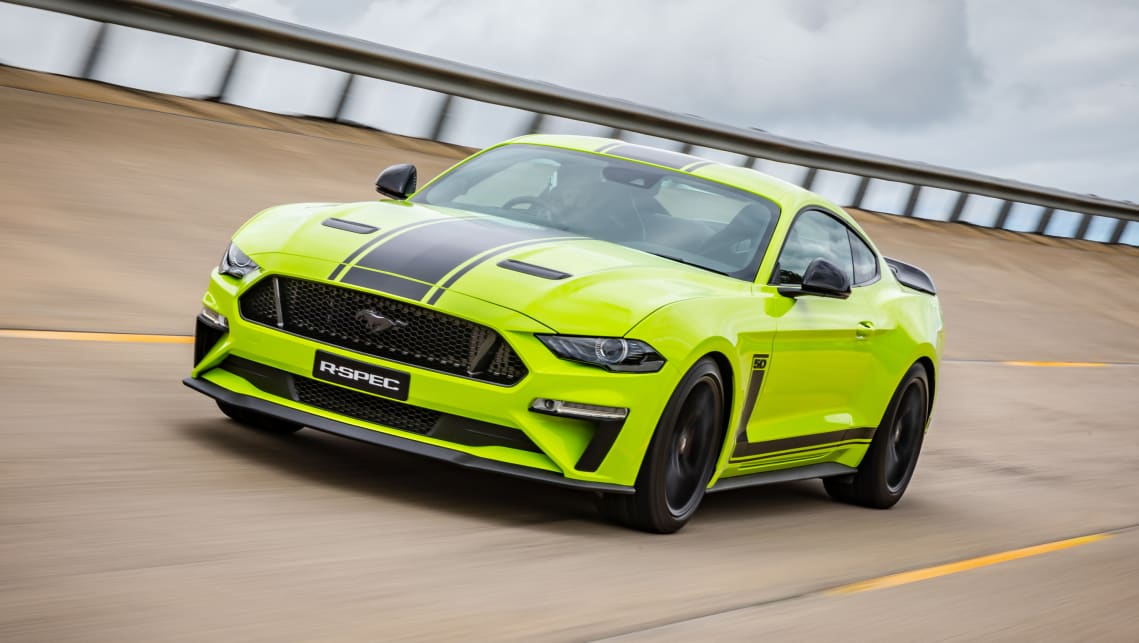 Limited to just 500 units and specific to the Australian market, the R-Spec’s star feature is its Herrod Performance-developed supercharger, enhancing the 5.0-litre V8’s power figures to well beyond the standard coupe’s 339kW/556Nm.

While official outputs are yet to be confirmed, Ford’s representatives point us to similar Ford Performance kits in the US which produce north of 500kW/800Nm.

If true, this puts the fastest Australian-delivered Mustang within striking distance of the left-hand drive-only GT500 and GT350, as well as its main rival, the HSV Camaro ZL1 (480kW/860Nm).

The R-Spec will be limited to just 500 units offered as a six-speed manual only.

It will come as a relief to Mustang fans who thus far have been calling out for a Shelby-style ZL1-rival for quite some time.

It’s worth noting that this factory-backed ‘Stang will blow Tickford’s 2018 engine upgrade kit (400kW/632Nm) out of the water.

A new active exhaust and intake system also join the upgrades list, along with an “over-the-top” visual appearance with a unique spoiler, front valence and striped livery.

The cost for the fastest Mustang on sale in Australia? Surprisingly, Ford is offering the R-Spec with an MSRP of just under $100,000 – $99,980 before on-road costs to be exact. As a limited edition, each car will be stamped with its production number, and will only be offered in the fastback body style.

If you still have a taste for the penultimate Shelby-badged ‘Stang, Victorian company Mustang Motorsport still plans to convert U.S.-delivered cars to right-hand drive, but the price might be too high for some.

As the R-Spec is offered directly from Ford Australia, it remains covered by the brand’s five-year/unlimited kilometre warranty, complete with roadside assist, capped-price services and free loan car at each service interval.

The Mustang R-Spec gains all of the recent updates to the Mustang.

The R-Spec will become available to consumers in “early 2020”.