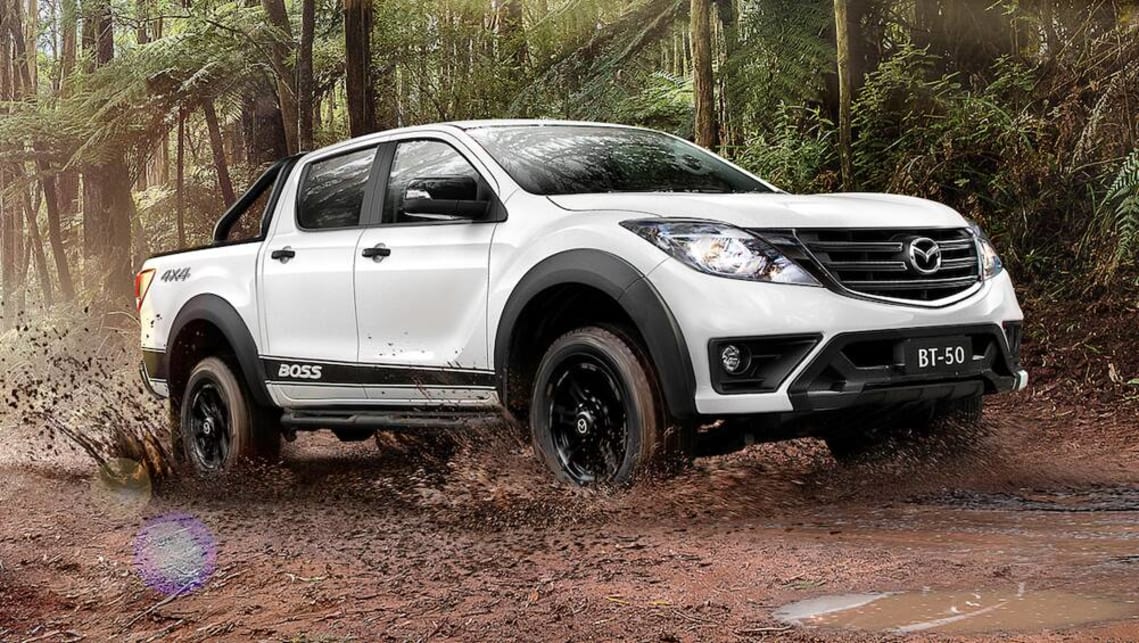 Mazda to electrify range, but BT-50 ute to miss out

Mazda’s announcement at the Tokyo Motor Show that it will apply some version of its e–Skyactiv electric-drive technology to every model it makes by 2030 was a carefully worded one, because it left the company wriggle room around the all-important BT-50 ute.

Mazda’s senior managing executive offer Ichiro Hirose pointed out that there’s a careful delineation between all the cars a company “makes” and all the vehicles it sells.

“We declared that by 2030 we will have some form of electrification in all our products – pure EVs as well as internal-combustion-engine vehicles – and that will include mild hybrid, plug-in hybrid, and the rotary range extender that we are currently working on,” he said.

“That was not a commitment on products supplied by other OEMs, so the BT-50 is excluded from the e-Skyactiv plans. We’re just talking about products that are developed in-house.”

In contrast, Toyota, at the same time, announced its plans to introduce a hybrid HiLux pick-up, though not for at least another four years.

The BT-50, of course, has most recently been a joint venture with Ford – basically a reworking of the Ranger – but the next Mazda ute will have a new Japanese platform and a fresh look, provided by Isuzu in the shape of its next D-Max.

While the company will be starting from a different base with the Isuzu design, you can bet it will be working hard on styling tweaks to make it look different, by applying its own grille and LED headlights, and slapping on as much of its famous, and very successful, Kodo design language as it can.

We asked Mazda’s chief designer Ikuo Maeda how difficult it was to make a big pick-up truck look good, particularly one provided by another car maker.

“We are, of course, working on the pick-up truck design, and we are trying to make it attractive,” he said.

“Actually, in Kodo design language, we do have a strong and tough type of feeling and so we don’t have to make a totally different type of design to make the BT-50 look tough, because we can just accentuate that kind of strongness from the Kodo language.”

In terms of just how different the Mazda ute will look from the Isuzu one, Mr Maeda didn’t want to say, and deflected the question to Mazda Australia managing director Vinesh Bhindi.

While electrification will not be a part of the BT-50 platform, you can be sure Mazda is trying to rush a hybrid competitor to the hugely successful Toyota RAV4 Hybrid to market.

Questioned on this, Mr Hirose declined to talk about future product plans, saying only that the company was “thinking about an approach” to tackle Toyota in this area.