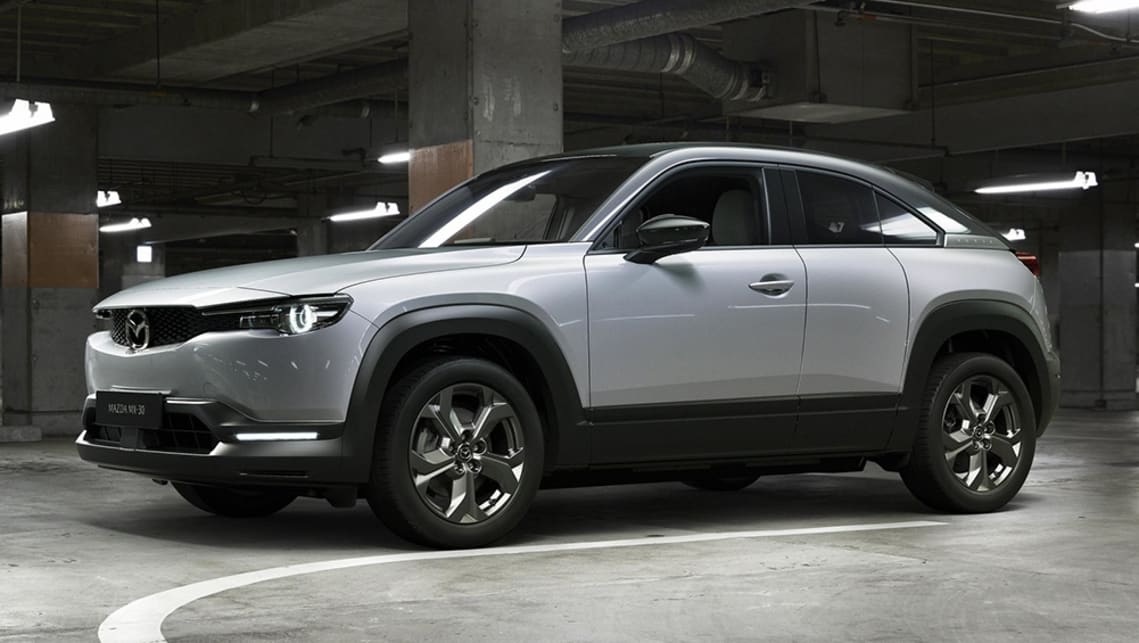 Mazda has ruled out introducing electric cars with big battery packs, instead suggesting that smaller batteries were more C02 efficient over the life of the vehicle.

That’s the word out of Europe, where UK outlet AutoCar is has reported Mazda won’t be prioritising driving range in future EVs – including the incoming MX-30 – and will instead focus on whole-of-life efficiency.

Mazda Europe’s head of product development and engineering, Joachim Kunz, told the publication the brand had studied C02 emissions “from extraction to disposal”, and found bigger batteries were less efficient, owing to embedded C02 from their construction, than existing diesel technology.

The Mazda MX-30 is the brand’s first electric vehicle, but it raised some eyebrows when revealed at the Tokyo Motor Show last year with its 35 kWh battery pack that will deliver a real-word range of around 200kms.

To put that into perspective, the Tesla Model 3 Long Range will deliver some 620km from its 75 kWh battery.

Mazda points to average daily driving around the world (around 36km per day in Australia) in explaining its decision, with the MX-30 capable of travelling some 5.5 days, based on those averages, between recharges.

Mazda has also pointed to its incoming rotary range extender technology as a solution for those who need to travel longer distances. Details on that technology remain thin on the ground for now, but the petrol-powered engine would never drive the wheels, but rather replenish the battery.

“We would like to implement it in countries that have a requirement for long-distance driving, which would mean that in terms of electrification technology, it would be a range extender or plug-in hybrid that’s the most valid solution (for Australia),” Mazda’s deputy general manager of vehicle development, Matsuhiro Tanaka, told CarsGuide.