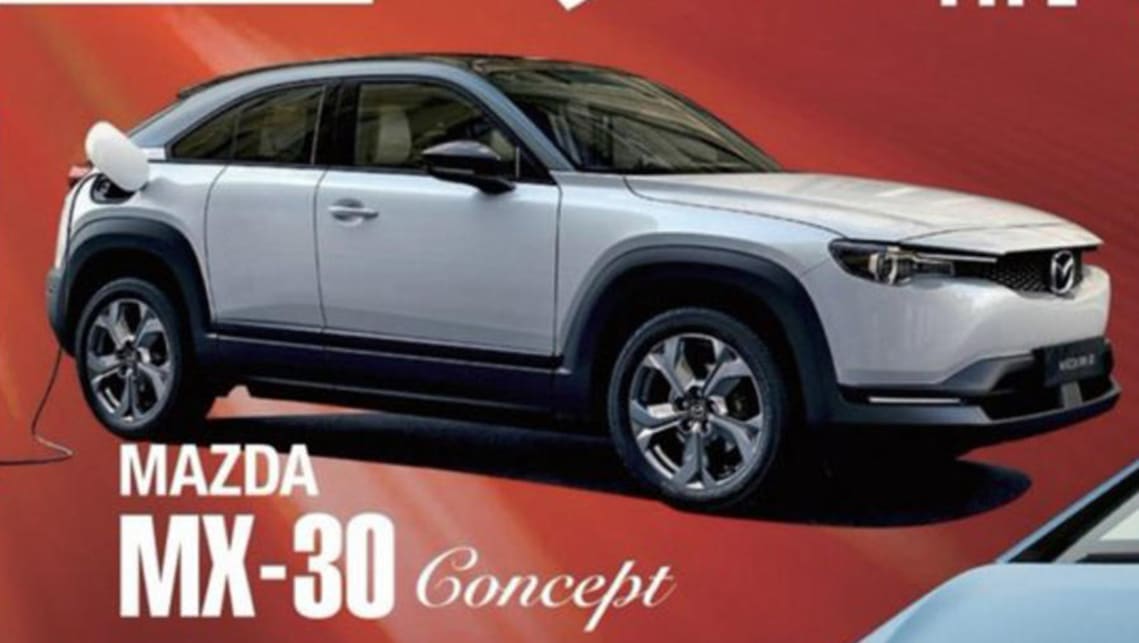 Mazda’s first production battery electric vehicle (BEV) has leaked ahead of its official unveiling this week, revealing it will be called the MX-30 concept.

Images have surfaced on Japanese publications, confirming a small SUV body style to take on the Hyundai Kona Electric.

Powertrain details were also exposed, with the CX-30 supposedly being powered by a single electric motor outputting 103kW of power and 264Nm of torque that drive the front wheels.

The battery measures 35.5kWh, which should be good for around 250-300km of emissions-free driving range.

Of note, the MX-30 specifications mirror the e-TPV prototype driven in Norway in early September.

Compared to its Hyundai Kona Electric rival however, the Mazda MX-30 falls short on figures as the South Korean SUV packs a 150kW/395Nm electric motor and 64kWh lithium-ion battery.

Mazda will target European markets with the production version of the MX-30 due to go on sale next year, with the brand’s local division not yet committed to the EV.

Full details will be revealed later this week when Mazda officially pull the covers off the MX-30.