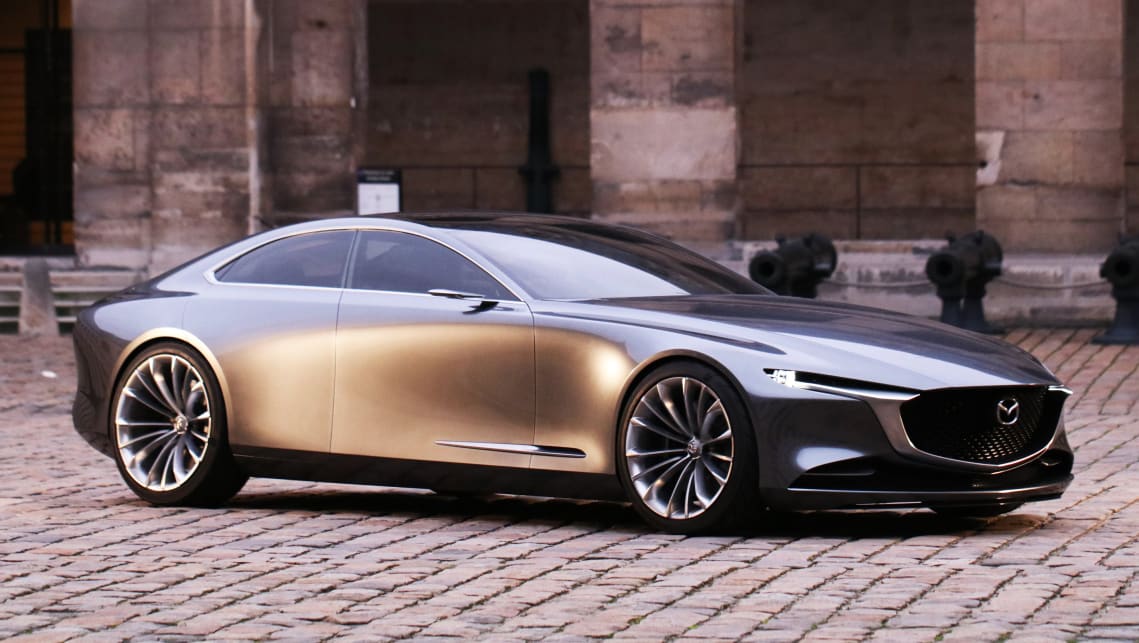 More details have come to light on Mazda’s future drivetrain and platform plans that could define the next-generation of the Japanese brand’s large cars.

The new-generation inline-six engine will be available as both a petrol and a diesel, and will use Mazda’s new semi-compression ignition SkyActiv-X technology, which the brand touts as a way to extend the life of internal combustion powertrains.

Not only that, but a Mazda financial results briefing from early 2020 confirms the new inline-six will be paired with a new-generation rear-wheel-drive platform, have mild-hybrid 48-volt technology, and is set to underpin future-generation “large vehicles” from the brand.

The document is unclear about exactly what this may be, but rumours point towards this as the future for the current front-wheel-drive Mazda6 sedan and wagon.

While we already know Mazda will be working with Isuzu on its upcoming new-generation dual-cab (which is understood to be near 100 per cent mechanically developed by Isuzu) the document also outlines a large-scale future partnership with Toyota.

While its focus seems to be largely on a joint-venture plant in America which will produce large vehicles for that market, it has also opened the door to speculation that Toyota could merge its RWD platform with Mazda in an unprecedented move that would give both manufacturers the scale to continue producing rear-wheel-drive sedans (think Lexus IS/Toyota Crown/Mazda6).

Speculation is rife that the next Mazda6 could go RWD.

In an interview with BestCar.jp, Mazda’s vice-president, Kiyoshi Fujiwara indicated that the choice was made to develop a straight-six as it is the only way that the brand can make larger, higher output engines while complying with emissions standards, the need for space to package mild-hybrid systems, and better compliance with modern frontal offset crash tests.

He also confirmed that the brand required this larger-capacity engine for the American market specifically.

The brand plans to have its entire line-up refreshed by 2025, and the documents include plans for “upgraded” versions of the Skyactiv-G and D engine range, full EVs (as already evidenced by the MX-30), and plug-in hybrid models under development.

The MX-30 is apparently only the first car in Mazda’s EV development plans.

Interestingly, neither source makes note of a rumoured rotary range-extended hybrid, nor plans to introduce an RX sports car replacement.