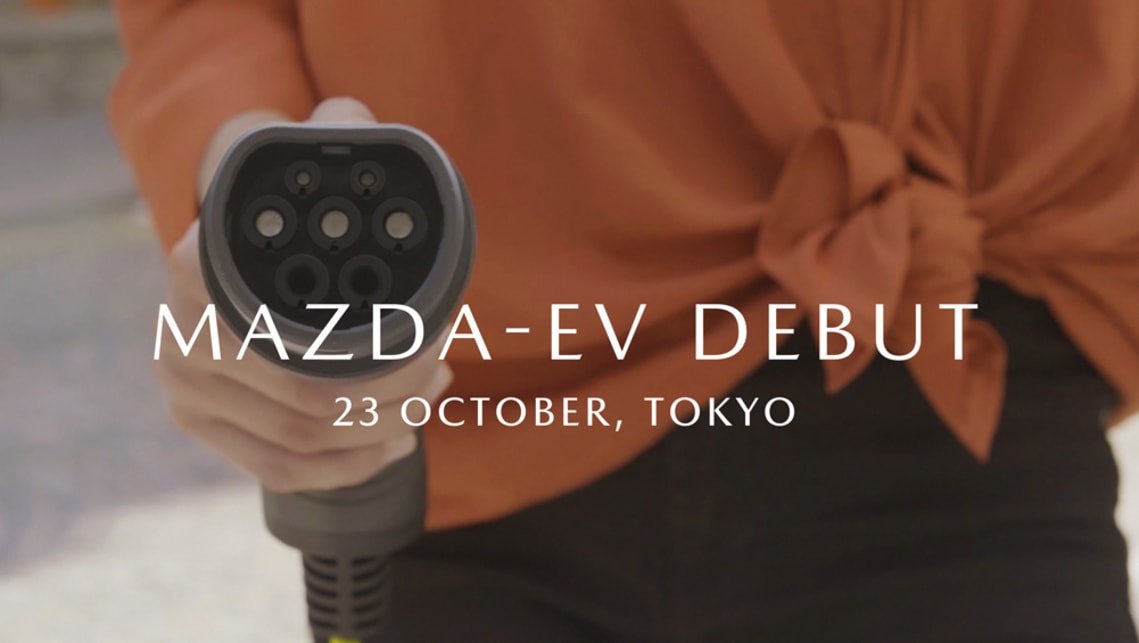 While very little is known about the new EV, Mazda promises “a completely new model” instead of an emissions-free variant of its existing line-up that includes the popular Mazda 3 small car and CX-5 mid-size SUV.

Earlier this month, CarsGuide drove a prototype of Mazda’s EV in Norway, which wore the body of the upcoming CX-30 small SUV.

Whether this hints at the EV’s target segment is unclear, but the electric model will follow the mechanically related Mazda 3 and CX-30 as the “third instalment in Mazda’s new-generation line-up”.

The aforementioned test car, also known as the e-TPV (Electric Technology Prove-out Vehicle), was powered by a 105kW/265Nm electric motor and 35kWh battery that is good for 250-300km of driving range.

However, whether the Mazda EV is brought to Australian showrooms is still up in the air as the local appetite for electrified vehicles remains relatively small.

If it were to get the green light for Australia, expect to see the vehicle available from late 2020.