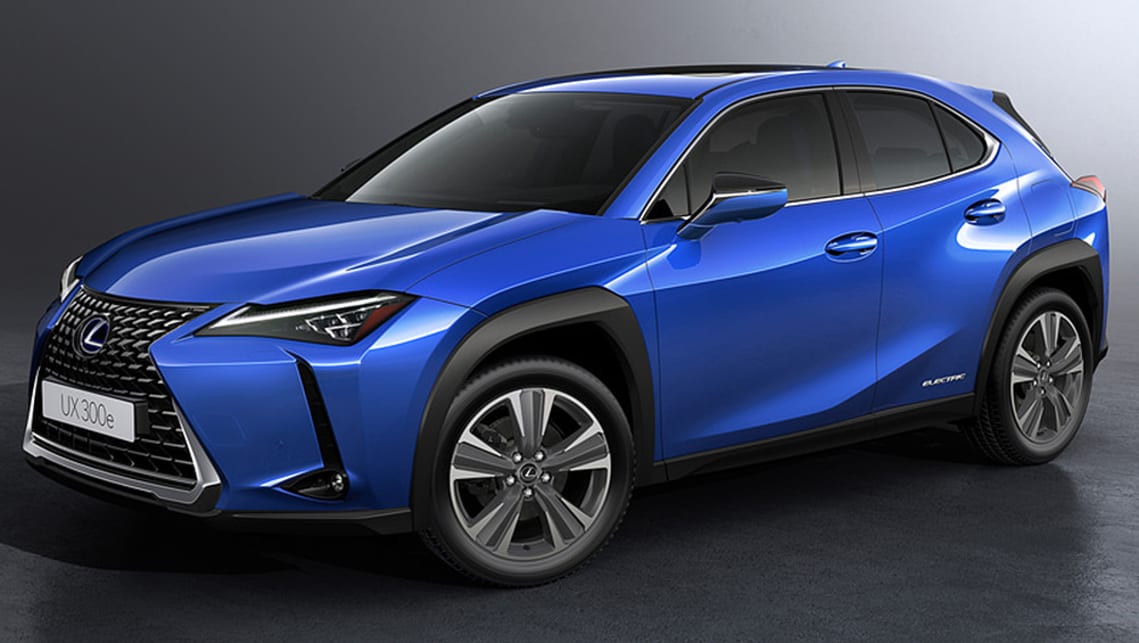 Lexus has revealed its first fully electric model in China this week, as it works to develop its own dedicated battery-electric vehicle platform.

The Lexus UX300e small SUV shares its platform with the Toyota CH-R EV, which is currently exclusive to the Chinese market.

However, the Lexus is scheduled to go on sale in Europe next year, followed by Japan in early 2021, so there is hope for an Australian debut in the coming years.

CarsGuide has contacted Lexus Australia for an update on its electrification plan Down Under.

The UX300e uses a shift-by-wire system on the centre console.

The first Lexus EV uses a 54.3kWh lithium-ion battery which powers a single electric motor on the front axle.

Outputs are rated at 150kW and 300Nm, and a range of 400 kilometres is promised based on the NEDC testing procedure.

Lexus says it has achieved the same level of ride comfort as the conventionally powered UX variants by way of a unique suspension tune.

Driving modes are available to manage throttle response, and paddle shifters are featured to control the level of battery regeneration.

Compared to the hybrid UX250h, from which the 300e borrows many components, ground clearance is dropped by 20mm, while the roof has a 5mm higher peak.

Both front- and all-wheel-drive options are available, and the three trim levels include Luxury, Sports Luxury and F Sport.