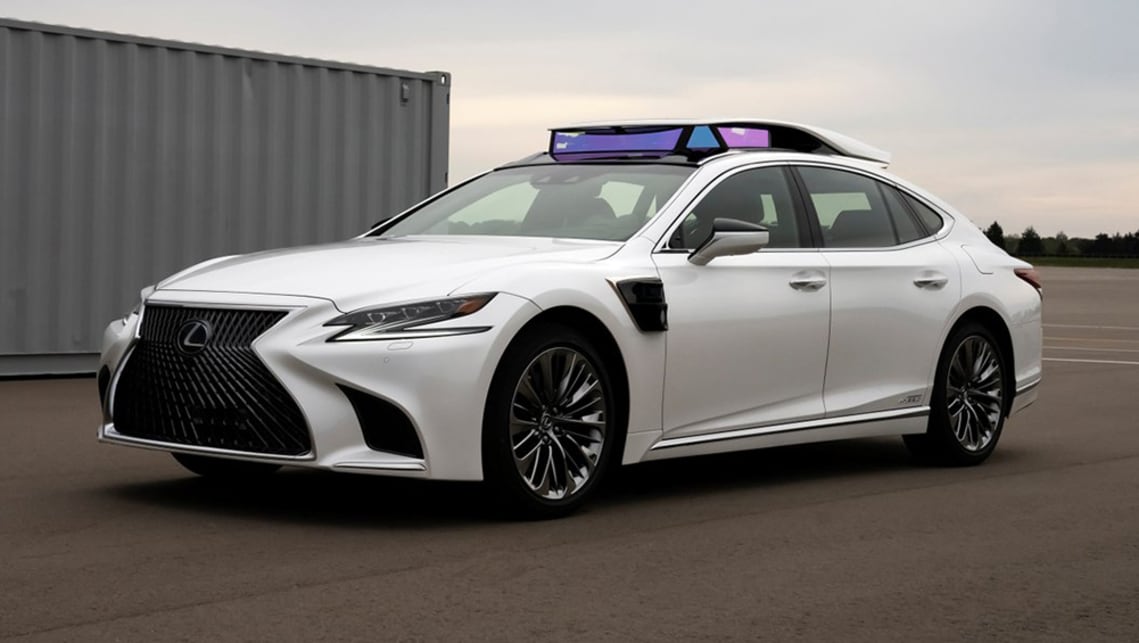 Lexus Teammate to autonomously drive you on the highway in 2020

Lexus has confirmed it will offer a semi-autonomous highway driving system known as Teammate on models sold from 2020 onwards.

The new Lexus Teammate system is designed to allow drivers to hand over control of their car on the highway – having been developed on the raised roads of Tokyo, fine-tuned using real world data and Artificial Intelligence (AI).

The company claims the new system will essentially operate as a “powerful supercomputer on wheels”.

Teammate will typically be triggered at an on-ramp, before autonomously merging the car into the traffic on the highway, overtaking if necessary, changing lanes when required, splitting away from the highway at the exit and deactivating when the car is back in the urban area.

There are limitations. The company admits that around 2022 we’ll see full-scale traffic jam assistance on highways, while the 2020s is when automated driving on surface roads and full automation on highways is due.

The company claims the new system will essentially operate as a “powerful supercomputer on wheels”, with a “cutting edge 360-degree surround multi-modal sensor configuration”. The company claims the technology will be controlled through an interface “that promises a trusting relationship between driver and vehicle”.

Like some other systems out there now (Volvo, Audi and Tesla for instance), the system will be updatable over the air, with the car to have a data connection to download new software capabilities as they become available.

Ken Koibuchi, chief technology officer for Toyota Advanced Research Institute – Advanced Development (TRI-AD), explained that the system will be offered under Toyota’s Teammate banner, and while he couldn’t confirm which brand would offer the tech first, CarsGuide understands it will debut on a production Lexus model in 2020.

“Next year we want to introduce the technology from ramp to ramp. It’s level 2. And sometimes there are very difficult places or situations to drive autonomously, so this vehicle is continuously communicating with the driver. We want to introduce this kind of system,” said Mr Koibuchi.

According to Dr James Kuffner, CEO of TRI-AD, this new production-ready technology represents Level 2 autonomy on the five-step scale.

“Teammate is for personally owned vehicles,” said Dr Kuffner. “It’s something that consumers can buy.”

“Teammate is for personally owned vehicles,” said Dr Kuffner. “It’s something that consumers can buy.”

Mr Kuffner came out strong against rival brands stating their cars will have full autonomy in the near future, because – as he indicated – the technology just isn’t at that level yet.

“A lot of people ask me, “When are we going to have autonomous cars?”. And the answer is, “Are you talking about Level 5 – which is equivalent to a human driver; it drives under any weather condition, under any traffic, without a map, anywhere in the world.

“Let me just be really clear – nobody is even close at that level,” he said.

“If you say level 4, now you’re adding restrictions. You’re saying it’s geofenced, it’s lighter traffic, it’s lower speed, it’s good weather. Then the answer is today, we could do that if we restricted enough. Even dedicated lanes, good weather, light traffic, good maps – we could deploy that today.”

The new Lexus Teammate system is designed to allow drivers to hand over control of their car on the highway.

Of course, the company isn’t planning to do that, with Teammate just the first step towards a more autonomous driving experience in Toyota and Lexus models in the coming years.

Lexus is planning a level 4 autonomous car trial in Tokyo in 2020.