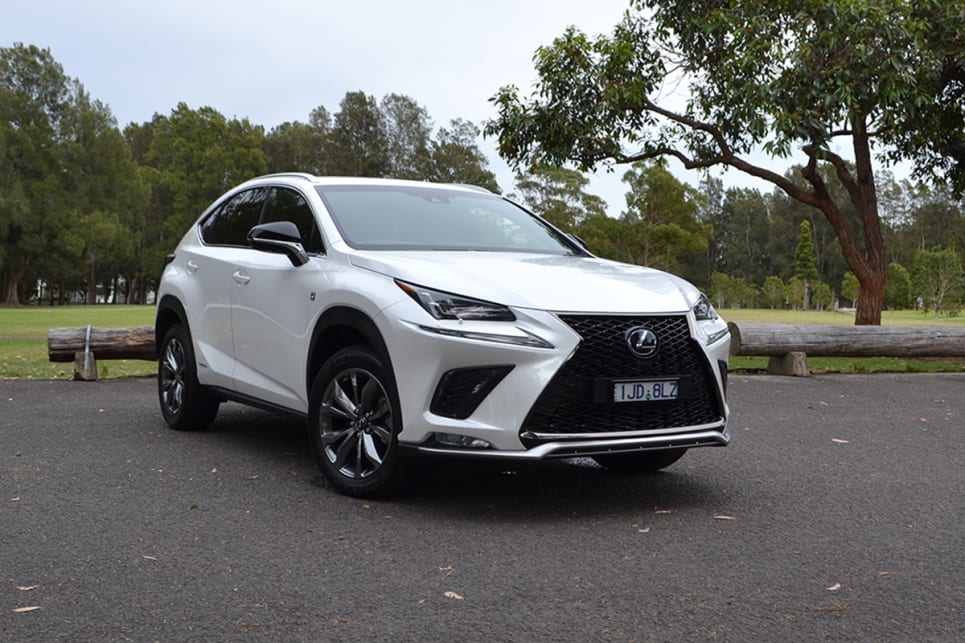 Lexus can’t keep up with the demand for some of its hybrid models, with demand far outstripping supply for the UX compact SUV and NX mid-size model.

According to Lexus Australia, the company’s hybrid sales rate is currently at 27.35 per cent for the year, to 30 September 2019. And it’s the SUV range which is the standout when it comes to petrol-electric demand.

The just-introduced facelifted RX model range is expected to run at one-in-four sales. Rivals such as the Audi Q7, BMW X5 and VW Touareg don’t have hybrid versions on sale right now.

The Lexus NX mid-size SUV – which competes with the likes of the Audi Q5, BMW X3 and Mercedes GLC – is seeing bigger demand than the brand can meet. Currently, sales of NX 300h models are sitting at 23.6 per cent – which is far less than what the brand could be selling if supply were less constrained.

The UX hybrid model is currently selling at a rate of just 25.5 per cent because of big global demand, and an admission that the brand “got it wrong” when forecasting local hybrid sales for its small SUV. The demand for UX 250h models, according to the brand, is running “at 60 per cent”, meaning that 34.5 per cent of customers aren’t able to get the car they want.

“So if we can get supply of those hybrid vehicles – the two key ones are the NX and UX – I think our mix could be even higher,” Mr Thompson said.

The UX hybrid model is currently selling at a rate of just 25.5 per cent because of big global demand.

At the other end of the spectrum is the Lexus LX SUV, which in 2018 saw the addition of the five-seat 450d turbo-diesel model. That engine variant is currently selling at just under 35 per cent of sales, meaning two-in-three customers is still opting for the 5.7-litre V8 petrol engine instead.

Mr Thompson said customers who choose the diesel are making a conscious choice to forego third-row seating, but they’re doing so because the diesel engine suits their lifestyle. The diesel model isn’t as luxuriously appointed, and it forms the entry point to the LX range with a price point of $133,771 plus on-road costs.

“We brought in a diesel version because there was a consumer demand, in terms of heavy towing for that vehicle,” Mr Thompson said. “Those customers have foregone the seats in the back of the car and some specification, but that’s what the consumers needed in that particular car.”

Because the current LX is the Lexus twin to the Toyota LandCruiser 200 Series, the next-generation version of the LX will also share plenty with the LandCruiser 300 Series. And the indication from Toyota is that when the new large SUV launches, it will come with hybrid options and downsized engines.

At the other end of the spectrum is the Lexus LX SUV, which in 2018 saw the addition of the five-seat 450d turbo-diesel model.

Mr Thompson indicated the next-generation version of the LX would certainly meet the requirements of customers, as the current one does.

“So it’s fit for purpose – what the car is being used for, what needs to be done, and if we have an engine variant that will deliver that, then I’m sure we’d look at it,” he said.