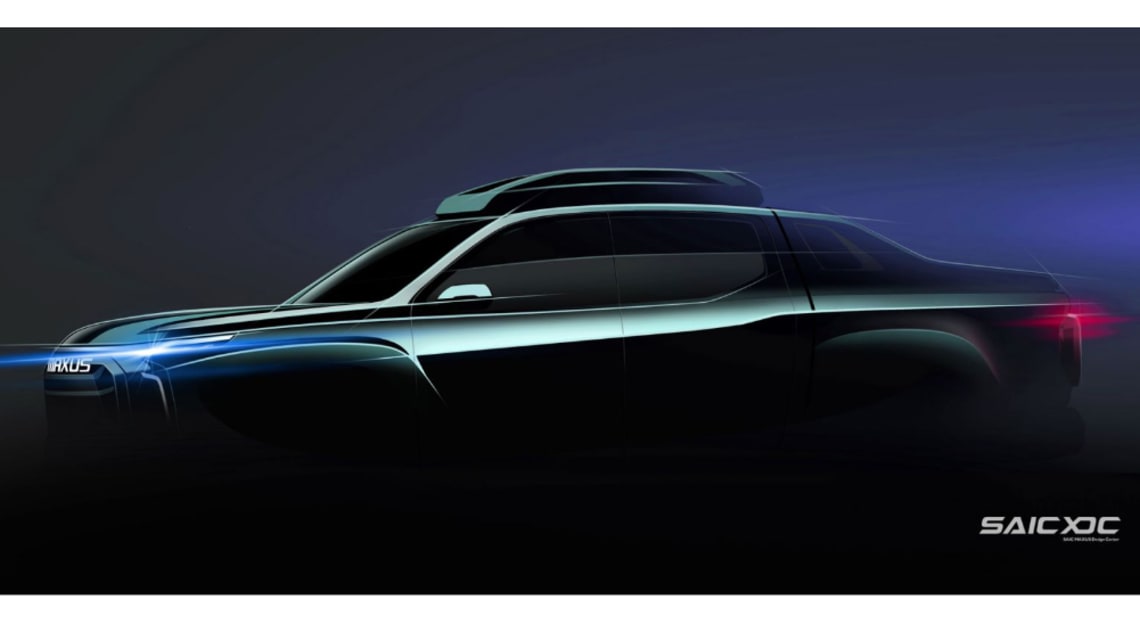 China’s attack on Australia’s dual-cab market is set to kick up another gear, with yet another new ute being readied to take on the Toyota HiLux and Ford Ranger.

The new model – revealed by SAIC, the parent company of ute brand LDV – is officially branded a Maxus, and remains shrouded in mystery for now, but we do know it’s coming soon, with international reports pointing to an official unveiling toward the end of this year.

It’s not immediately clear whether this new pick-up concept is intended as an all-new model, but international media is pointing to the vehicle being a replacement for the existing T60 dual cab.

If so, it’s presents a new look for the Chinese workhorse, with a bigger grille complete with huge “Maxus” lettering, as well as LED headlights and a revised front bumper.

The bigger change, of course, is the side profile – and not least of which the roof bulge – which looks more lifestyle-oriented than a traditional tray-back ute.

In exciting news, there’s also international talk of a twin-turbo-diesel, again a 2.0-litre, only this time producing a whopping 162kW and 480Nm, and paired with an eight-speed ZF automatic.

Alternatively, the brand has also pointed to a plug-in hybrid and full electric future, but we’ll have to wait and see just what’s powering the latest Chinese ute.

For that, you’ll have to watch this space.