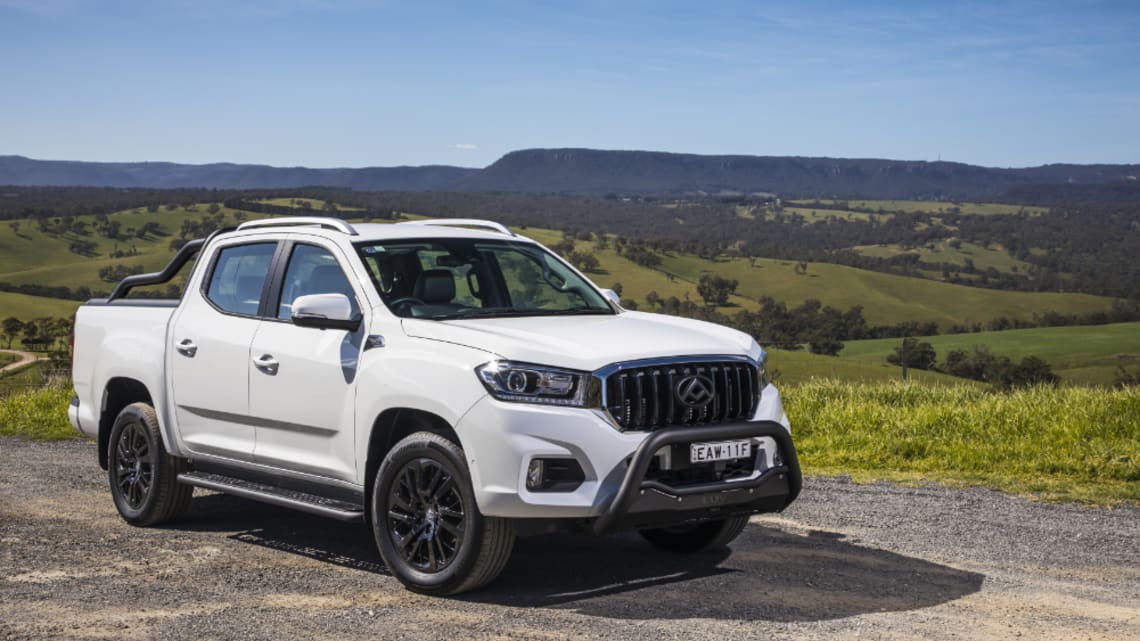 The LDV T60 Trailrider 2 has arrived in Australia, with a new turbo-diesel engine and more refinement headlining the changes for the Chinese brand’s workhorse.

The biggest change occurs under the bonnet, where the existing 2.8-litre turbo-diesel, good for 110kW and 360Nm, has been replaced by a new turbocharged 2.0-litre diesel.

The new engine might be smaller, but it’s also more powerful, firing 120kW at 4000rpm and 375Nm at 1500rpm at the tyres via a choice of six-speed manual or six-speed automatic transmission.

In even better news, the engine is also more efficient than its predecessor, drinking a claimed 8.5 litres per hundred kilometres on the combined cycle, compared to 9.6 litres from the 2.8-litre power plant.

LDV also says its Trailrider 2 will tow a max three tonne braked, and carry up to 895kg. While the braked towing capacity is unchanged from its predecessor, the payload has fallen from 995kg.

LDV is obviously targeting the tradie market, with an ABN-specific price list for business owners of $37,990 (manual) and $39,990 (automatic).

“We continue to develop our product offering throughout our fast-growing range, so we’re delighted to announce the arrival of the next-gen Trailrider,” says Dinesh Chinnappa, General Manager, LDV Automotive.

“With the addition of the lighter and more efficient 120kW diesel engine, Trailrider 2 is a formidable ute, as comfortable on the worksite during the week as it is towing jet skis at the weekend.”

The Trailrider 2 is also the first in a series of utes due to arrive this year to take on the dominance of the HiLux and Ranger. Isuzu’s D-Max is understood to be nearing launch, as is the incoming Great Wall Cannon.

The other tricks the second-gen LDV will bring to the party include a five-star ANCAP safety rating (tested in 2017), a five-year warranty, and suspension that’s been tuned locally to suit our conditions.

Inside, you can expect leather-trimmed seats, proper smartphone mirroring thanks to Apple CarPlay, a 10.0-inch touchscreen that pairs with six speakers, and heated and electric front seats.

Outside, the Trailrider 2 gets a black effect, with black 19-inch alloys, side steps and nudge bar, and blacked-out badging. There’s a new sport bar, a roll cover for the tray, as well as spray-on tub liner.