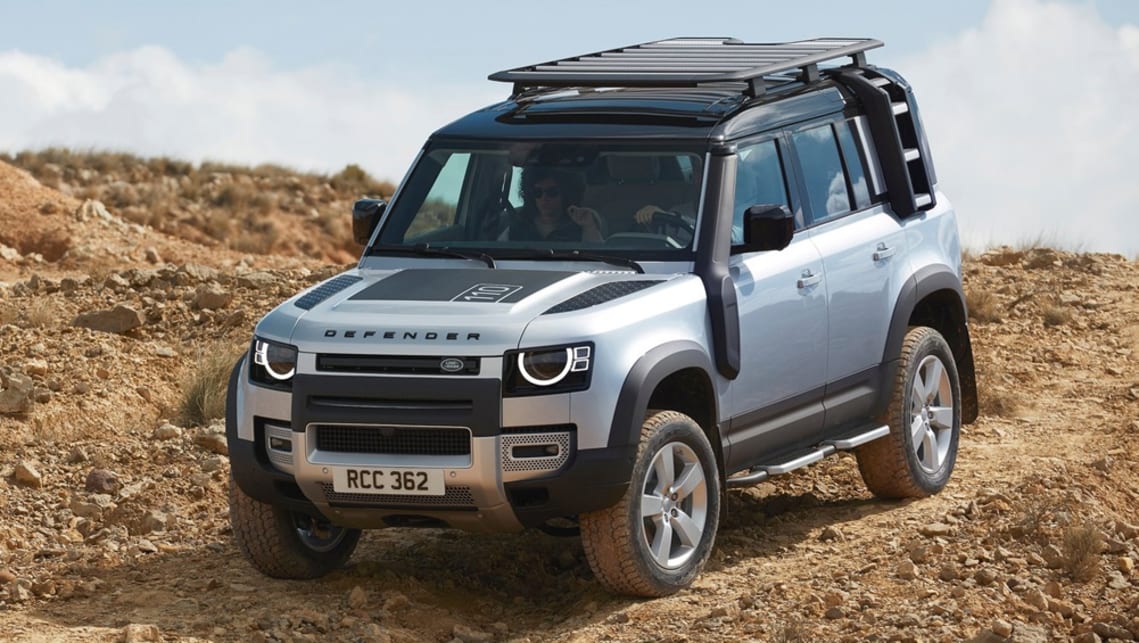 Land Rover Defender 2020 pricing and specification confirmed: This is how much you will pay for the new off-road SUV

Land Rover’s Defender 110 will arrive in Australian showrooms in June next year with three engine choices spread across nine variants priced from $69,990 before on-road costs.

Opening the range will be the base D200, which will be the only five-door variant powered by a 147kW/430Nm 2.0-litre twin-turbo diesel, which sends drive to all four wheels via an eight-speed automatic transmission.

As a result, the D200 will accelerate from zero to 100km/h in 10.3 seconds, while fuel economy is pegged between 8.9-9.6 litres per 100km, according to figures published on the Land Rover UK website.

Petrol power will also be available in the new Defender, though Australian versions will skip the 224kW 2.0-litre turbo-petrol four-cylinder engine found in UK models for the 297kW/550Nm 3.0-litre twin-scroll turbocharged inline six with mild-hybrid technology as seen in the US-market SUV.

The 110 will be the first body style available on the new-generation Defender, with the three-door 90 version expected to land in late 2020.

Dubbed P400, the petrol-powered Defender is again paired to an eight-speed automatic transmission and four-wheel drive (4WD), which will result in a 0-100km/h run in 6.1s, according US-spec data.

Fuel economy is rated between 11.2-12.1L/100km, with the 48-volt mild-hybrid system aiding in keeping fuel usage down.

Inside, the Defender 110 will have a 10.0-inch multimedia touchscreen.

As for the First Edition and X flagships, matrix LED headlights, a panoramic sunroof and front console refrigerator are added.

The 110 will be the first body style available on the new-generation Defender, with the three-door 90 version expected to land in late 2020.