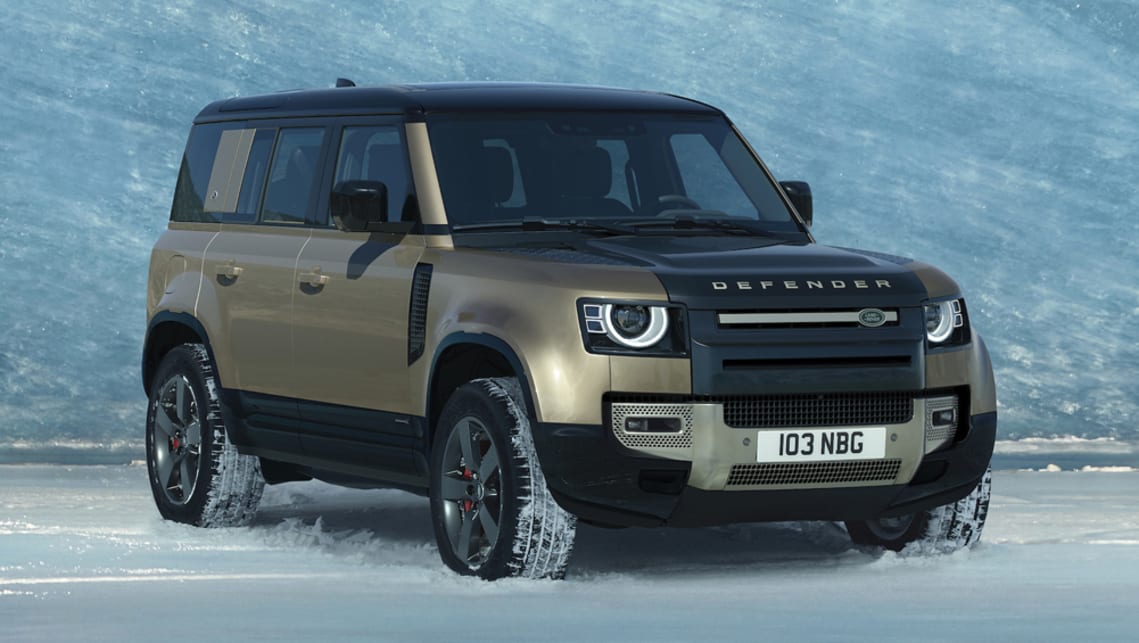 Land Rover has finally pulled the covers off its new-generation Defender off-roader after a drawn-out teaser campaign and significant leak earlier this week, confirming the 110 and short-wheelbase 90.

Land Rover Australia has earmarked a June 2020 launch for the 110 version with prices starting from $70,000 before on-road costs, while the 90 version will hit showrooms from late next year with pricing to be announced closer to the on-sale date.

Built on a new D7x platform, the new Defender centers around a lightweight aluminium monocoque which, according to Land Rover, is “three times stiffer than traditional body-on-frame designs” and also opens the door for fully independent air and coil sprung suspension and electrified powertrains.

In 110 form, the Defender boasts 291mm of ground clearance, a maximum 900mm wading depth, and approach, breakover and departure angles of 38, 28 and 40 degrees respectively. Details on the 90 variant are still unknown.

Land Rover’s ‘ClearSight Ground View’ technology is also available in the new Defender, which uses cameras to show terrain hidden by the bonnet.

Three engines will be available at launch, the 297kW P400 six-cylinder petrol with mild-hybrid technology, the 147kW D200 and the 177kW D240 – the latter two of which are turbo-diesel four cylinders.

As such, the new Defender boasts a maximum payload capacity of 900kg, a roof load of up to 300kg and a maximum towing capacity of 3500kg.

The Defender 110 will be offered in three seating configurations – five, six and five-plus-two – with enough space behind the second row for 1075 litres of storage, expanding to 2380L with the pews folded.

Meanwhile, the 90 version will only be available with up to six seats.

An folding fabric roof can also be optioned on the new Defender which “allows passengers in the second-row seats of the 110 to stand up when parked to provide the full safari experience”, according to Land Rover.

Inside, the new Defender features stain-resistant rubberized flooring, as well as a new ‘Pivi Pro’ multimedia touchscreen system with connected technologies such as over-the-air-updates and 5G compatibility.