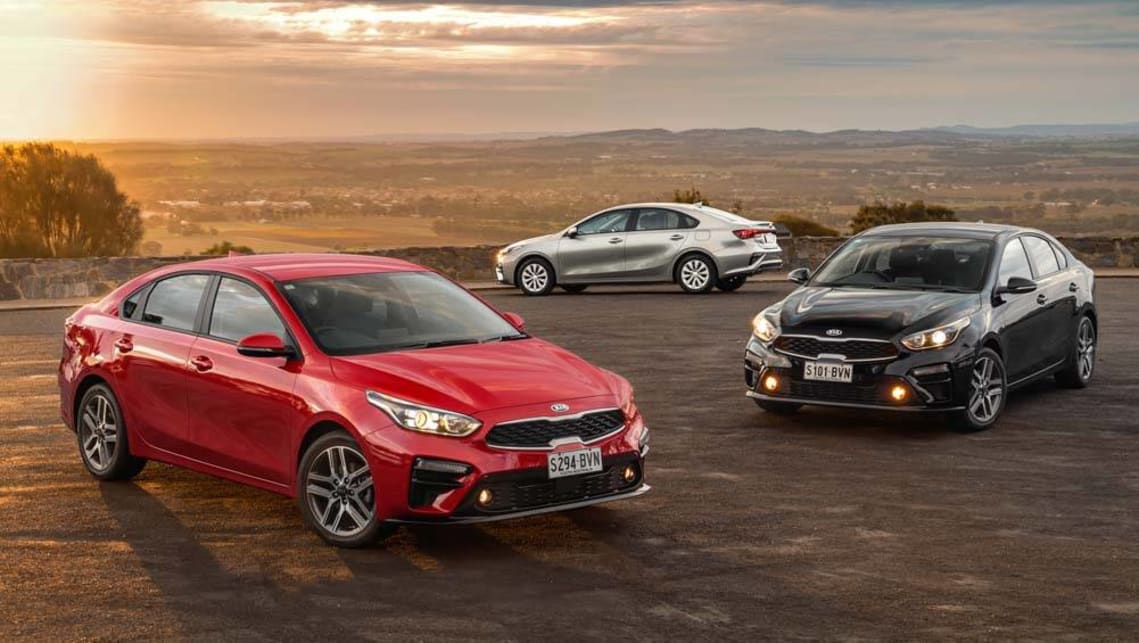 Utes and SUVs dominate the sales charts these days, but Kia is determined to remain in the shrinking passenger car market – and it could be the key to its future growth.

It’s no secret passenger cars aren’t as popular as they once were, but this year the decline has been steep. Year-to-date passenger cars sales are down more than 16 per cent, albeit in a new vehicle market that has declined 7.9 per cent, but SUV sales remain strong with only a 3.3 per cent dip.

In recent years, several brands have either exited or reduced offerings in the light and small car segments, but Kia has remained steadfast with its Picanto, Rio and Cerato models.

“For example, last month we did more than 2000 Cerato sales – a quarter of those were GT sales. Who would have thought that about the brand five years ago?”

The growth of Kia’s range coupled with the reduction in rivals has been a key to the brand’s recent growth.

Mr Meredith believes there is more to come and thinks the company can grow sales of Picanto, Rio and Cerato in the next three years from approximately 30,000 per year to 36,000 – a 20 per cent increase.

Kia has remained steadfast with its Picanto, Rio and Cerato models.

When added to expected growth from the new Seltos small SUV and the hotly-anticipated ute, Mr Meredith sees potential for more than 80,000 sales in the coming years.

“Kia’s growth has come from a strong passenger car strategy, in regards to product,” he said. “We’re number three in passenger cars now.

“It’s because we focused on bringing Picanto in, Rio is a really, really strong nameplate in Australia and Cerato was number 12 in 2014 and it’s now number four in the small car segment.

The Rio light car is placed fifth in the segment behind the Hyundai Accent, Mazda2, Toyota Yaris and Suzuki Swift.

“Good solid strategy. But you’ve got to be honest though, our competitors have given us clear air because they’ve moved out of those segments.

To the end of September, the Picanto represents more than 80 per cent of the total micro car volume, easily outselling the only other competitors in the segment, the Fiat 500 and Mitsubishi Mirage.

The Carnival commands a 55.1 per cent share of the market in year-to-date sales on 4980 sales.

The Rio light car meanwhile, is placed fifth in the segment behind the Hyundai Accent, Mazda2, Toyota Yaris and Suzuki Swift, but still commands more than a 10 per cent market share.

Cerato sales are also booming this year, increasing 14.1 per cent to 16,804 units and – as Mr Meredith said – fourth position behind the Toyota Corolla, Hyundai i30 and Mazda3 in the small car segment.

However, Kia has not been immune to cutting some passenger car lines, as the Rondo, Soul and Optima have been given the axe, the latter because of the introduction of the segment-sharing Stinger that is down 7.4 per cent this year to 1401 sales.

The final passenger car in Kia’s line-up is the Carnival, which commands a 55.1 per cent share of the market in year-to-date sales on 4980 sales.