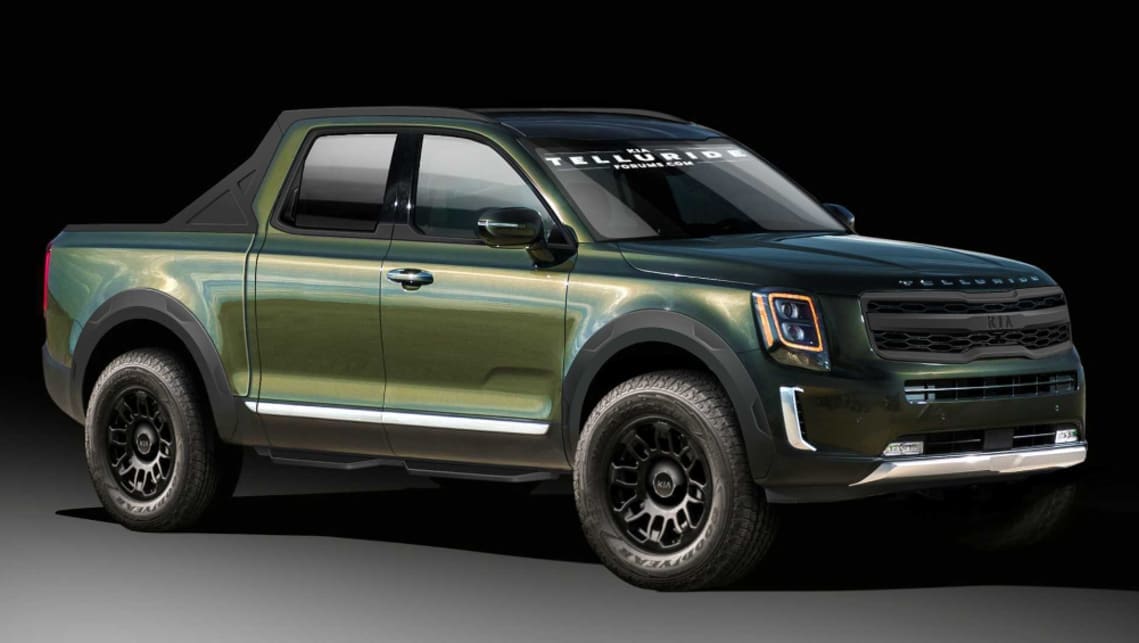 The much-anticipated Kia dual-cab ute is still under development, but the brand’s Australian arm has hinted that it could also spawn a new large SUV that will appeal to off-road enthusiasts.

The notion is that the as-yet-unnamed Kia pick-up would likely see the introduction of a ladder-frame seven-seat SUV, in much the same way as the Ford Ranger forms the basis for the Ford Everest, and likewise HiLux underpins Fortuner, and D-Max underpins MU-X.

Kia Australia was tight-lipped about the hugely-hyped new HiLux-rivalling ute, which is expected to form the basis of the company’s push into the commercial vehicle space by about 2023.

“Kia Australia (KMAU) has no comment to make on that issue whatsoever. We’re not commenting at all. As soon as anything is available, we will let you know for sure, but there is no need for comment on something that doesn’t exist at this stage,” said Kevin Hepworth, Kia Australia’s general manager of media and corporate communications.

But when the conversation shifted towards SUVs, and the importance of a broad range of models to meet the needs of buyers, the brand’s chief operations officer, Damien Meredith, was clear about his plans for a much broader line-up of SUVs.

Roland Rivera, product manager for Kia, indicated that while Telluride could be the right SUV to sit above the Sorento, there’s another opportunity.

“Out of Georgia, Telluride is still left-hand drive. We’ll review, it’s always under constant review. There’s definitely room above Sorento, or even beside a Sorento in a ladder-frame form,” he said.

“We’d like to think that if there was development for a commercial range, then it would have the ability to be not just one particular type of body on top,” he said.

Further details and information remains to be confirmed, and we’ll tell you more as soon as we know more.

In July 2019, Mr Meredith told CarsGuide that “work has begun” on the brand’s top-secret ute project.

“We’re talking about a dual-cab, a single-cab – what we’ve requested is the full gambit for the ute, and that (includes) a dual-cab with diesel and petrol (options),” Mr Meredith said at the time.