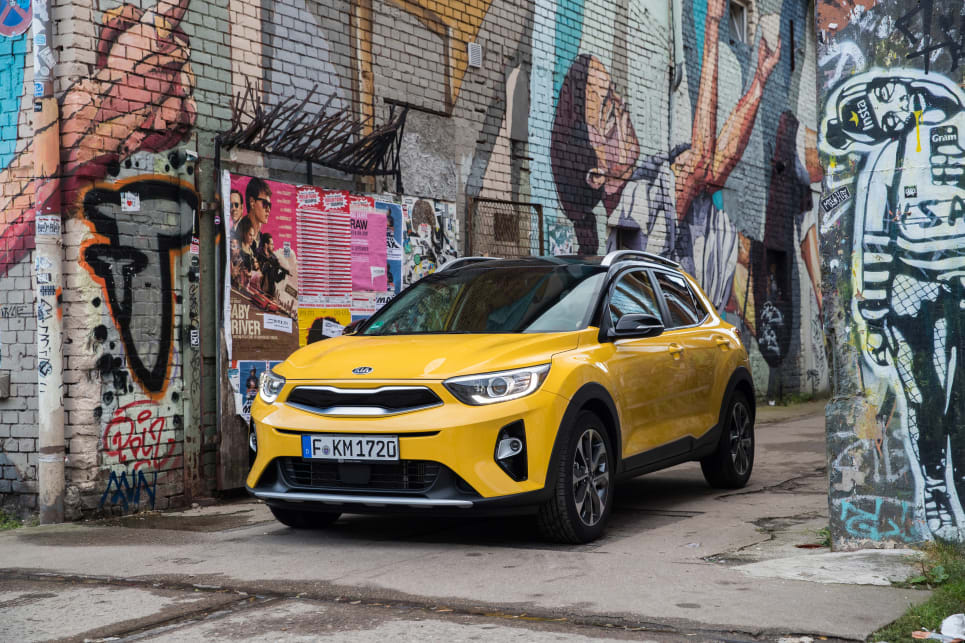 Kia Australia has confirmed the Stonic SUV will finally make it to Australia in the fourth quarter of 2021.

The new Mazda CX-3-rivalling compact SUV is set to slot in below the hugely popular Seltos model launched in 2019, and will form the entry point to Kia’s SUV line-up.

The Kia Rio-based high-riding model, sourced from Korea, is going to be available in Australia from the fourth quarter of 2020, and Kia Australia is clearly enthusiastic about the potential for such a model.

Roland Rivero, product planning chief at Kia Australia, said the new model is aiming squarely at the more compact models in the small-SUV segment, namely the Mazda CX-3, but also the Hyundai Venue, Suzuki Vitara and upcoming models like the VW T-Cross.

“Clearly there is an emerging light-SUV segment, and we see an opportunity to take a slice. The dimensions of a Stonic – it shares a platform with a Rio, similar to what a Mazda2 and CX-3 relationship has,” said Mr Rivero.

The Stonic will be gunning for the Mazda CX-3 when it arrives.

“Dimensionally it is similar to a CX-3 as well. There’s a clear step as you go from Stonic to Seltos, Sportage – which will grow in the new generation – and then to Sorento, which will complete our SUV line-up.”

The dimensions of the Stonic are very compact – it spans just 4140mm long, 1760mm wide and 1520mm tall, which will make it one of the more diminutive SUVs on the market. One can expect pretty diminutive pricing, too, with an expected start point around $20,000 or so.

“Positioning-wise, we’re looking at – again between Cerato and Seltos, that’s a nice sweet spot we can take advantage of. Profitability-wise it’s also a good car for us and the dealer network,” said Mr Rivero.

The Stonic isn’t a brand-new model – the car first launched in Korea in June 2017, so it’s expected the Australian-delivered model will be a facelifted, updated and upgraded version of the existing car.

The Rio light hatch and Stonic are mechanically related.

Full details, pricing and specs are still to be confirmed, but Kia is eager to expand its SUV presence in Australia as soon as it can.

Damien Meredith, Kia Australia chief operations officer, said the company is struggling to keep up with demand for the recently launched Seltos as it’s a hugely popular model globally at the moment, but that he’s happy with how it has performed since launch.

“It’s tight, but in our planning with Seltos, we kept a price plateau for it which wasn’t effected coming from below with Cerato and above from Sportage,” said Mr Meredith.

“We thought there would be a 10 per cent effect on Cerato and 30 per cent on Sportage.

“The great news is there has been no effect on Cerato and about a 10 per cent on Sportage, and we’re really pleased with how that’s turned out.”