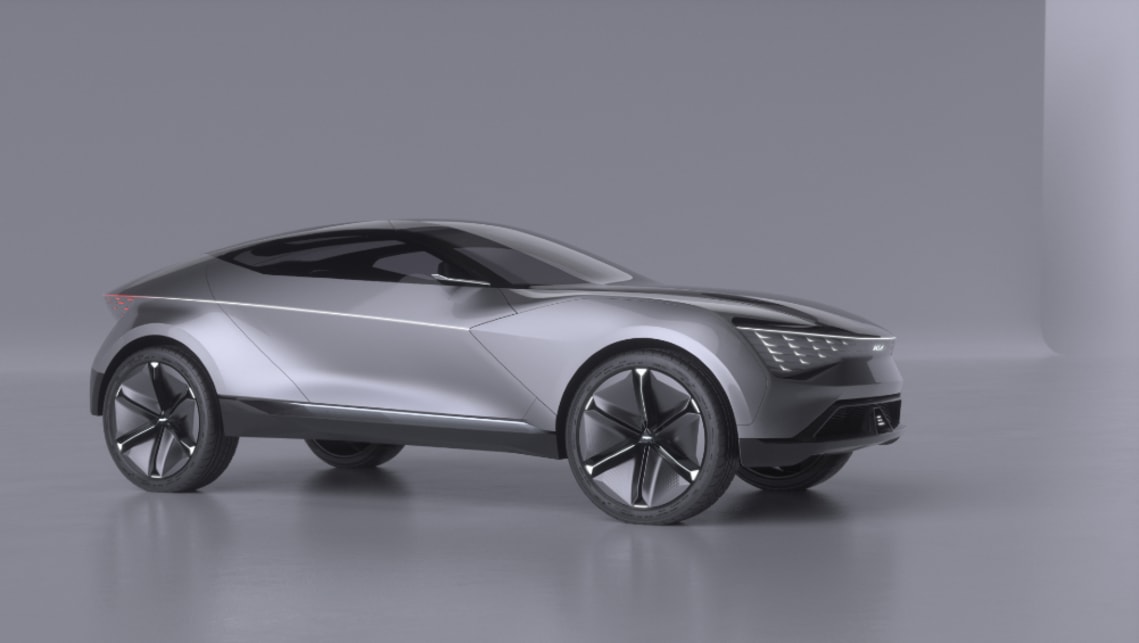 Kia has promised its next electric vehicle will feature rapid charging and a range of more than 500km.

Just a day after the Hyundai 45 was caught testing at Germany’s Nurburgring, its sister-brand revealed more details about what we can expect from its future electric models that will likely share the same technology.

The South Korean brand has confirmed it was to have 11 EVs on sale globally by 2025 but went into significant detail about what’s coming up first. Due to arrive in 2021 the new model will “offer a crossover design which blurs the boundaries between passenger and sport utility vehicles,” according to the company’s statement. That fits with what we’ve seen of the Hyundai 45 test mules which have a ride height between a conventional passenger car and an SUV and appear to be similar in size to a small SUV.

Both the Hyundai 45 and the new Kia are being built on the Electric Global Modular Platform (E-GMP) being developed by the South Korean giant to underpin its next-generation of battery-powered models. It’s not clear at this stage if Croatian EV specialists, Rimac, who Hyundai took a stake in during 2019, are having any involvement in developing the E-GMP.

More importantly the company has confirmed it will have a single-charge driving range of “over 500km” which is well beyond the current EV range of the Hyundai Kona Electric; which has both company’s longest range of 450km. Just as importantly it will also be able to be recharged at high-speed, taking less than 20 minutes according to Kia.

Kia previewed this new EV with the aptly named Futuron Concept at the 2019 Shanghai Motor Show. Although that vehicle’s striking design will be toned down for the production car, Kia’s official comments confirm it will retain the same crossover style and size.

Kia Australia hasn’t confirmed when it will offer its first EV model, but has said it will add one to the local showroom when a suitable model becomes available. In the meantime it has begun putting the infrastructure in place, rolling out charging points at its dealers and training technicians to work on EVs.