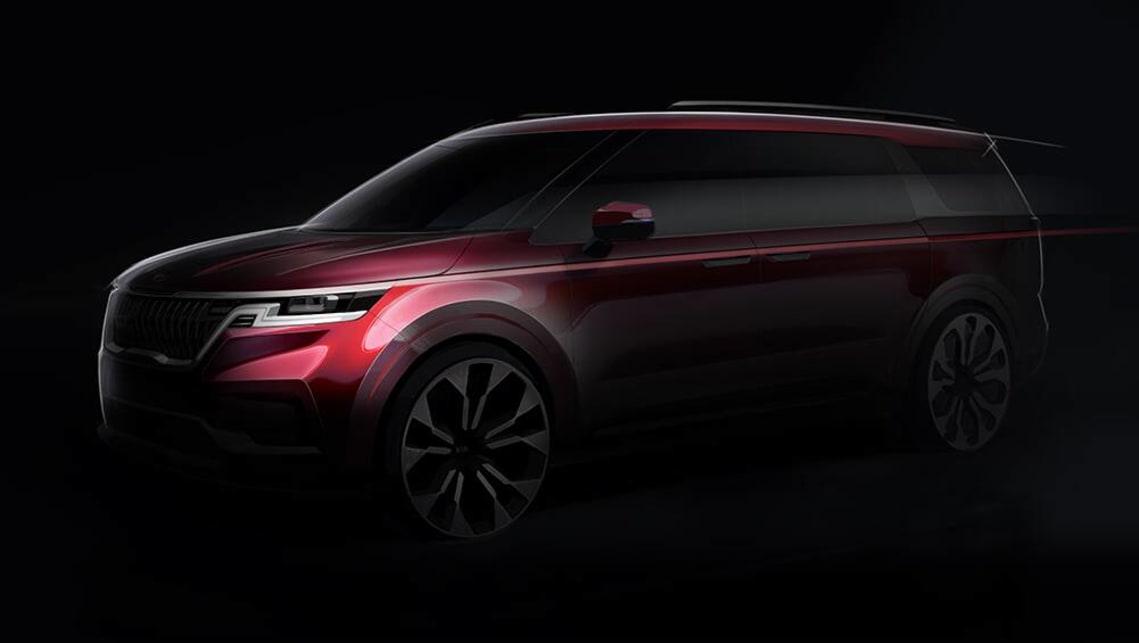 Kia has kicked off the teaser campaign for the fourth-generation Carnival people mover with the release of a single sketch of its front three-quarter angle.

Due in Australian showrooms in the fourth quarter of this year, the new Carnival has “a stronger, more stylish presence, futuristic new details and an SUV-inspired design”, according to Kia, prompting its designers to dub it a ‘Grand Utility Vehicle’.

Up front, the sharp headlights integrate into Kia’s signature ‘tiger nose’ grille, which has an intricate diamond insert.

Around the side, the new Carnival has a strong character line that links its front and rear lights, while chrome shark fins around the C-pillars extend across the rear.

Speaking of which, we’re yet to get a good look at what’s out back, let alone what’s inside and underneath, so we’ll have to wait and see.

What we do know is the new Carnival will likely use the carryover 206kW/336Nm 3.5-litre naturally aspirated V6 petrol and debuting 149kW/440Nm 2.2-litre turbo-diesel four-cylinder engines from the fourth-generation Sorento large SUV, with which it shares its platform.

The former is expected to be mated to the familiar eight-speed torque-converter automatic transmission, while the latter should be matched to a new dual-clutch unit. Stay tuned for more details on the Honda Odyssey rival.