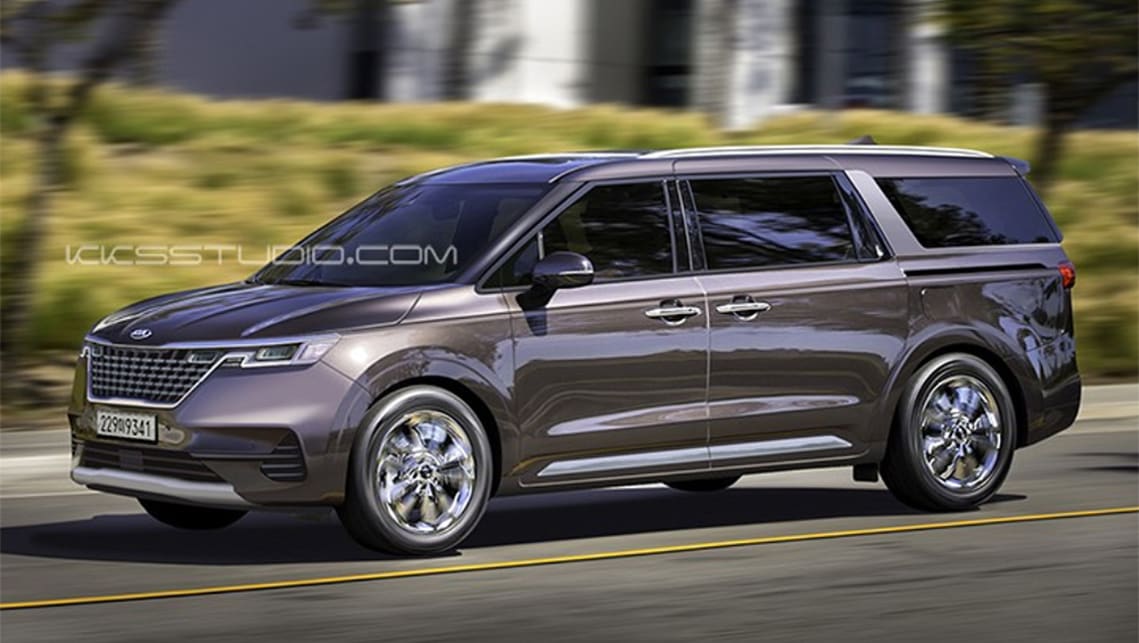 Kia Carnival 2021 rendered: Is this what the new people mover will look like?

This illustration may provide a hint at what to expect from the next-generation Kia Carnival, long before its official debut.

The all-new people-mover will launch in Australia around September of this year, however, Kia has yet to reveal what it will look like.

The image shows a boxier Carnival, with more modern lines and body pieces. This is highlighted by a more angular front-end which includes a new grille and sharp LED headlights.

In this interpretation, the Carnival boasts large chrome wheels to give it a more prestige road presence.

Little is known for sure about the updated people-mover, although an increase in technology and safety features can be safely assumed.

Kia Australia has confirmed that it will also release a new Sorento large SUV in the second quarter of this year, with the Carnival set to follow in a matter of months.

It has been speculated that the Sorento will debut electrified powertrains, including a plug-in hybrid which may also find its way into the Carnival, if the business case stacks up.

The current-generation Carnival is offered with either a 3.3-litre naturally-aspirated V6, or a 2.2-litre turbo-diesel motor.

Kia Australia sold 6493 Carnival units in 2019, making it by far the best selling people mover ahead of the Honda Odyssey (1684) and Volkswagen Multivan (929).