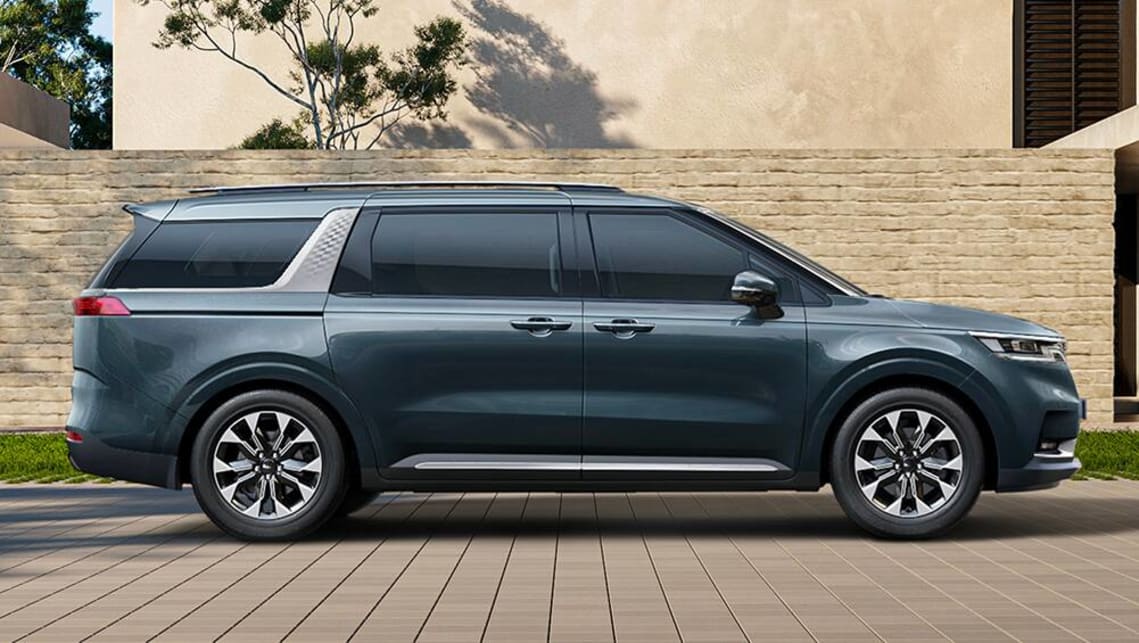 Can the humble Kia Carnival face off the relentless tide of seven-seat SUVs?

Kia Motors is already in the hot seat to completely dominate the people mover (or MPV) market when the all-new fourth-generation Carnival lands in Australia at the end of the year – right after the equally-fresh Sorento SUV on which it’s based also launches.

Now longer, wider and roomier than before, the full-sized three-row seven-seater has taken a sizeable leap forward in design, striving for an upmarket, elongated SUV-style look, while the interior generally and dashboard in particular seem to be heavily influenced by current Mercedes-Benz trends – especially in the Platinum flagship.

This is like no other Carnival you’ve been shuttled to and from an airport in before!

The previous YP-series Carnival from 2014 found critical and commercial success in part because it was a purpose-built people mover designed around affordability, practicality, functionality and peace of mind (Kia’s seven-year warranty is a massive incentive), while still possessing handsome proportions, an appealing interior and car-like driving dynamics.

The upshot of all these changes is a people mover with style and swagger that may steal sales away from the Toyota Kluger, Mazda CX-9 and Hyundai Santa Fe.

The fact is, with 21 years of building up a customer base in Australia behind it, the 2021 Carnival will be off to a flying start already, taking over from a model that – year-to-date – presides over nearly 60 per cent of its sub-$60,000 people mover segment, and that’s a commanding lead.

Granted, it’s a niche market that accounts for only one per cent of total vehicle volume (compared to nearly 12 per cent for large SUVs), but that’s still about 6500 Carnival sales annually. Or, seen another way, some 450 registrations ahead of all 13 other people movers combined in 2019 – including four premium rivals from the over-$60,000 sector above.

Additionally, Toyota’s decision to abandon the segment when the ageing, car-based Tarago was phased out last year with the very obviously HiAce van-derived Granvia is a further boost for Carnival. The move essentially hands over lucrative fleet and rental markets to Kia, since the Granvia is about $10,000 more expensive per model than the Tarago equivalents, putting it in the $65,000 to $80,000 bracket once on-road costs are factored in. As a result, the Toyota is struggling.

It’s worth noting that the MY21 Carnival is also Kia’s best chance yet in gaining a larger share of the lucrative private people mover market – one that is currently led by Honda’s Odyssey. Only about 15 per cent of the latter’s sales are from fleet customers. This is one reason why Honda Australia remains committed to the Odyssey, and will continue importing it when the expected facelift comes on stream sometime in the not-too-distant future.

In the scheme of things, the Carnival is a still just a big fish swimming in a very small pond. But Kia’s decision to make the fourth-generation version less people mover-like and more SUV-esque opens up an ocean of opportunity for the long-running series.

With similarly design-driven innovation back then, both the futuristic 1980s and radical egg-shaped ‘90s Tarago managed to make Australians fall in love with people movers… twice.

Can the MY21 Carnival manage the same thing?