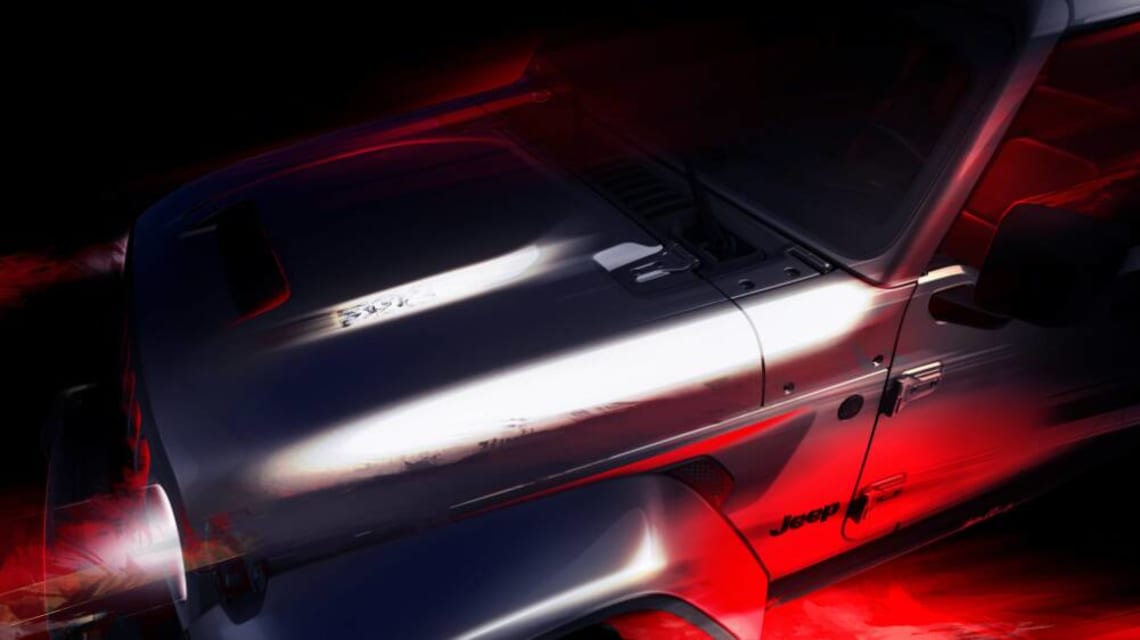 The Jeep Gladiator could soon wear the crown as the most powerful mid-size ute in Australia, with the brand’s American HQ releasing a shadowy teaser pic of a front-end adorned with 392 branding, alluding to its infamous HEMI engine.

Now to be fair, it’s not immediately known whether the front end (pictured above) belongs to the Gladiator or the Wrangler -or both – but the evidence we’ve got so far points to the ute as the car in question.

For one, Jeep has teased that very thing before – specifically with the Sandstorm; a tray-backed Wrangler, fitted with a V8 donk, that led to the eventual launch of the Gladiator.

What’s more, international reports have Jeep studying the business case for a V8-powered Gladiator, expected to be named the Hercules, as recently as last year. Finally, Jeep itself told CarsGuide to “watch this space” when asked about the likelihood of fitting a V8 to the Gladiator way back in 2018.

It seems those plans have come to fruition, whether for the Wrangler, the Gladiator, or both. The image reveals little more than the “392” branding on the bonnet bulge, but there’s no mistaking the engine it’s referring to – the ionic 6.4-litre V8 that also lives in the Grand Cherokee SRT.

In that car, the engine produces a monstrous 344kW and 624Nm, which would be plenty in the mid-size ute segment.

It’s worth remembering here that the vast majority of Australia’s top-selling dual-cabs (with the exception of the size-up Rams and Chevrolets) run diesel engines, but a petrol V8 engine would outshine those on outright punch.

When the engine will appear remains to be seen, but one thing is certain; things are about to get exciting.