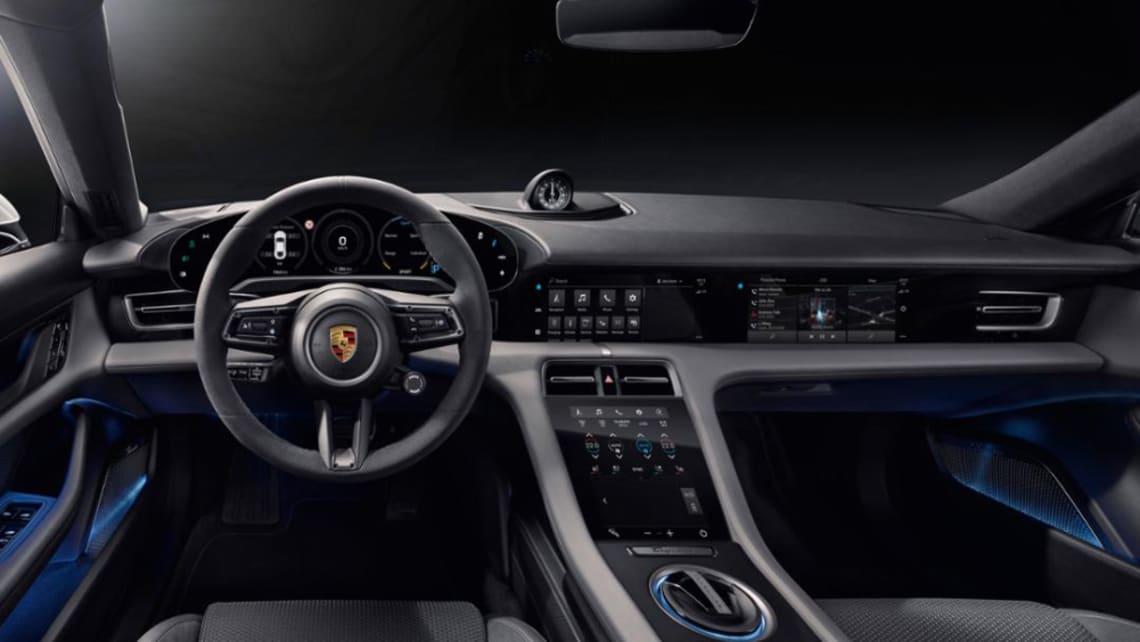 Porsche’s first fully electric vehicle, the Taycan, will also feature the brand’s most tech-focused interior, with the famed German marque abandoning the festival of buttons that usually features in their cars in favour of a completely digital cabin experience.

We know already that Porsche’s Tesla-trumping Taycan will deliver 440kW and a range of 500 kilometres, with the EV equipped with twin electric motors that deliver a sprint to 100km/h in “well under” 3.5 seconds.

The Taycan will also travel up to 500km per charge, and when plugged into a fast charger, its 800-volt batteries can accrue 400km in range in just 15 minutes.

And today, Porsche has released the first official set of cabin pictures of the Taycan, revealing an interior that’s completely free of buttons, and is instead stacked with digital screens that flow from the driver’s side all the way to the passenger window. 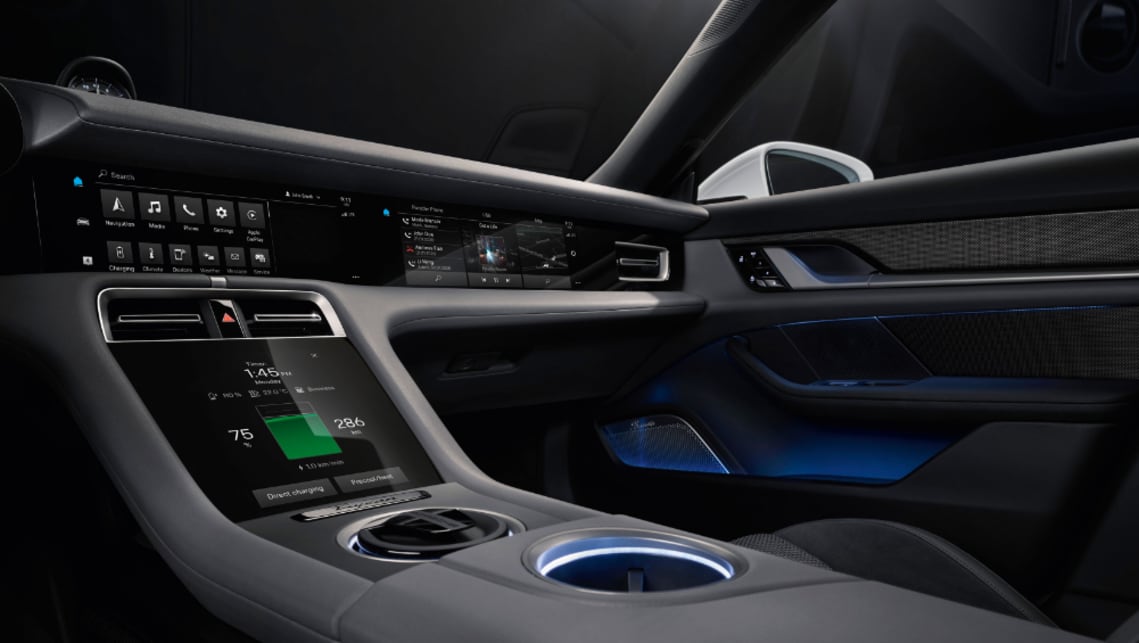 It begins in the driver’s binnacle, where Porsche has drawn inspiration from the “cleanly styled” look of the original 911 from 1963, replacing the dials with a curved 16.8-inch glass-covered digital screen designed to ape a smartphone or tablet.

Owners can cycle through “Classic”, “Map”, “Full Map” or pared-back “Pure” modes, while a rev counter has been fittingly replaced by a power meter.

More screens? You’ll find a 10.9-inch display in the centre of the dash, which is equipped with Apple Music, and which can be joined by a third screen in front of the passenger. The multimedia system runs a user interface bespoke to the Taycan, and can be voice-activated by saying “Hey Porsche”.

By Porsche’s own admission, the number of buttons have been “greatly reduced” (something not many of their recent vehicles can claim), and with the brand taking a “less is more” approach to the Taycan’s sleek and modern-feeling interior. 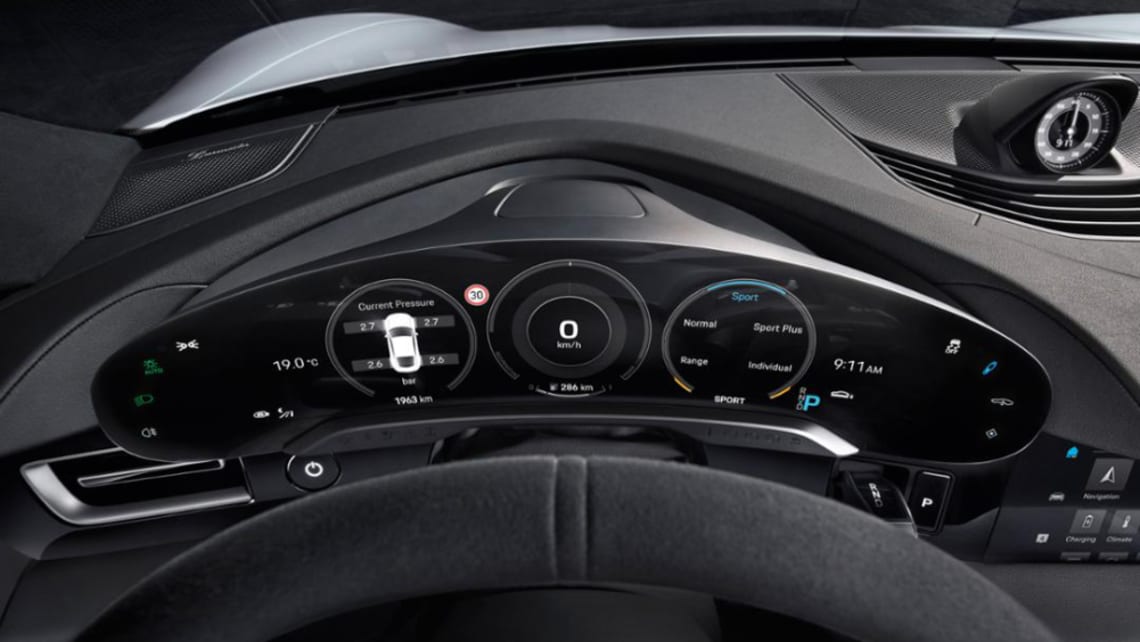 The Taycan’s key controls have been digitised, too, with an 8.4-inch haptic-touch panel below the dash home to the climate control settings and a “handwriting” input for the navigation system. And then, should you tick the four-zone climate option, there’s another touch panel for backseat riders to control their own climate options.

The Taycan will be revealed in full next month, so for now, watch this space.