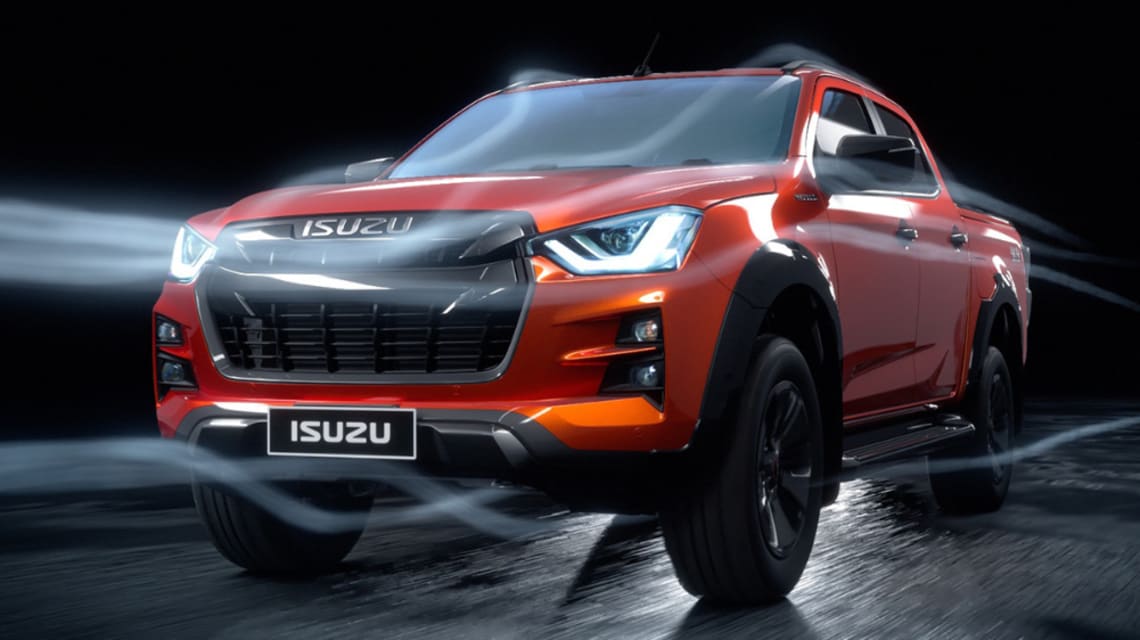 Isuzu talks tough on D-Max 2020: Will be “close to Ford Ranger Raptor” on toughness, off-road ability

Isuzu has all but ruled out a rival to the Ford Ranger Raptor for now, promising the standard D-Max will be “close to” the blue oval’s tough truck in terms of toughness and off-road ability.

Expected to arrive in Australia towards the end of next year, the new D-Max has received a power boost, with its turbocharged 3.0-litre diesel engine now producing 140kW at 3600rpm and 450Nm at 1600rpm.

The Ford Ranger Raptor, on the other hand, makes use of a twin-turbo diesel engine that produces 157kW and 500Nm. But the real magic dust for the Ford truck is its off-road ability, which arrives courtesy of its Fox Shox suspension and its Ford Performance 17-inch alloys wrapped in 33-inch BF Goodrich rubber.

Isuzu is confident, however, that it’s new D-Max will arrive “close to” the Raptor, both in terms of off-road ability and in what the Japanese brand describes as “toughness”.

“This new D-Max has a 3.0-litre, turbocharged engine, and (will be) close to Raptor in terms of toughness or off-road capability,” Isuzu global spokesperson Eiji Mitsuhashi told CarsGuide.

Asked whether there could be a future, faster D-Max model to go head-to-head with the Raptor, Mr Mitsuhashi replied “maybe”, but made it clear there was nothing to announce at this stage.

“This is very close to research and development, so we cannot say,” he said.

“For now we just want to focus on the launch of the new D-Max. In the future, maybe, but we cannot say anything clear about this possibility at this moment.”