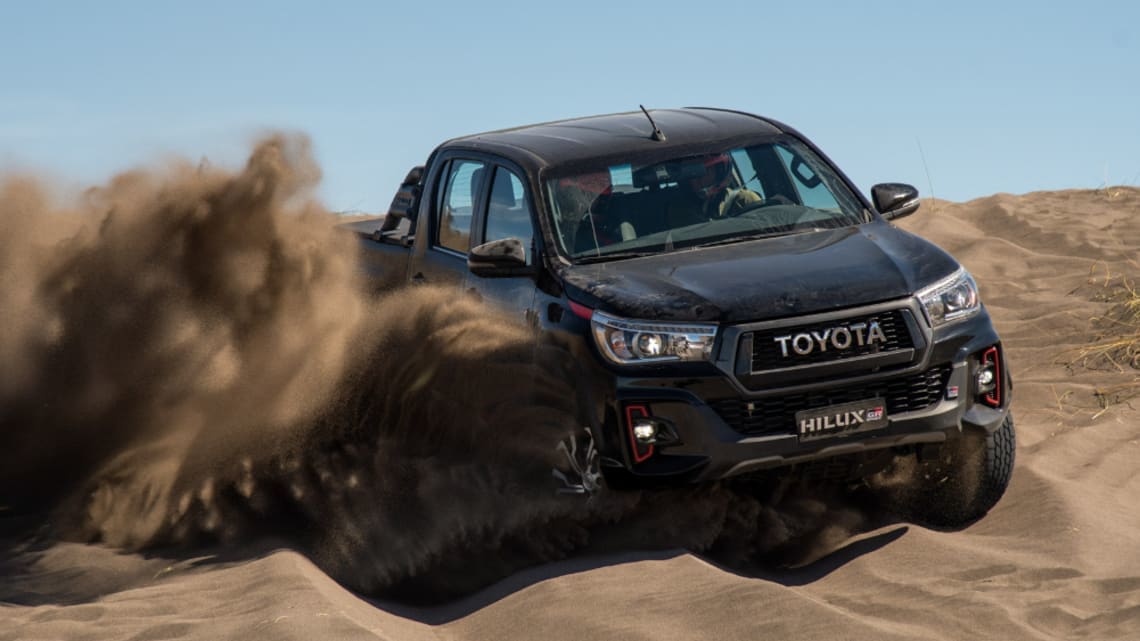 It seems it’s a matter of if, not when, for a hardcore HiLux, with the brand – the trademark is registered to Toyota’s global headquarters in Japan – filing the required paperwork on the 20th of July 2019. The same department already holds IP trademarks for the HiLux Rogue and Rugged, among a host of other vehicle names.

According to the filing, the application is still being considered, with a final report expected on January 20. Other information is thin on the ground for now, but we can make some educated guesses.

Toyota had previously promised that any car given the GR badge would benefit from “noticeable” performance upgrades from its regular counterparts. And that means a go-fast HiLux would be just that, fast, though whether its performance would favour the road or the rough stuff remains to be seen.

There seems to be a global trend for go-fast utes from Toyota, with the brand unveiling a V6-powered GR Sport model exclusive to South America late last year.

That model ditches the four-cylinder powerplant in favour of a 4.0-litre V6 unit which delivers 175kW and 375Nm. That same engine has appeared in the HiLux in Australia in the past, but was killed off in 2017.

Toyota here told CarsGuide “there’s a very small chance” of that car arriving locally. But a spokesperson did point to us getting our own go-fast HiLux in the future, adding fuel to this patent filing fire.

“There’s a very small chance of that for Australia,” a Toyota spokesperson told CarsGuide in November last year. “That was an engine that we discontinued in Australia, due to market demand.

Now it must be said, a trademark filing is no guarantee of production, and Toyota Australia has issued CarsGuide the following statement:

“It is standard practice for our parent company to reserve vehicle names that could potentially be used in future, as a means of protecting that name for future use. This is done in all key markets as a matter of course. There are definitely no plans to introduce a GR Hilux at this stage, but as always, it is something that we would definitely not rule out for the future, especially with the high level of interest locally for high performance utes.”

It’s a thought shared by Toyota’s vice president of sales and marketing, Sean Hanley, who used the international launch of the GR Yaris in December to pour water on our hopes for a go-fast HiLux in the short term.

“In Australia there’s definitely a market for performance cars, there’s no doubt about that,” he said. “Whatever GR product might come available, we’ll analyse that product to assess its suitability for our market.

“I think customers would be interested in (a HiLux GR), but I don’t know whether we’re getting asked for it, to be honest. But I think its something that would appeal.

“However, right now we don’t have it on the radar.”

Now over to you, readers. Toyota has told us in the past that it’s assessing customer demand, so if you want it, let them know.