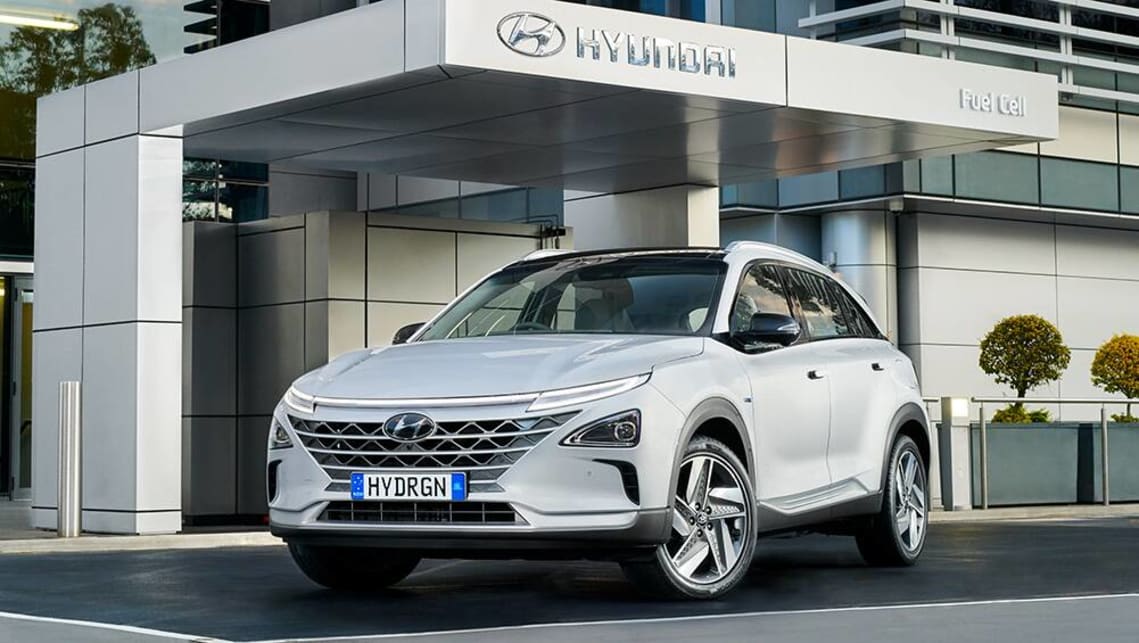 Is this the turning point for hydrogen in Australia? Hyundai signs deal with local producer

In theory hydrogen fuel-cell electric vehicles (FCEVs) offer the best of both worlds – the zero-emissions motoring of EVs and the fast refuelling times of an internal combustion engine.

The challenge however, is producing the hydrogen and distributing it across an Australian network.

But that could all be about to change.

Last week Hyundai Australia signed a deal with energy company Jemena in partnership with Coregas to generate and supply hydrogen to the company’s fuelling station in Sydney. While the deal seems small, supplying only Hyundai’s HQ station, it has big potential for FCEVs and the Australian energy industry.

The arrangement will see Jemena produce hydrogen from renewable sources, including wind and solar, in order to provide clean energy. It’s part of Jemena’s Western Sydney Green Gas Project that is attempting to prove hydrogen is a safe and reliable power source by providing energy to 250 homes as well as Hyundai’s fuelling station.

“A lack of critical refuelling infrastructure is regularly cited as a hand-brake to hydrogen vehicle sales,” he said.

“Our agreement with Hyundai and Coregas releases some of that pressure and is an opportunity to demonstrate that renewably generated hydrogen gas can be made directly available to the vehicle and transport sectors.”

Creating more public hydrogen fuelling stations has been a key focus for Hyundai as it looks to generate more interest in its Nexo FCEV. It has agreed to a deal with the ACT government to buy a fleet of the Nexo SUVs which will see the construction of the country’s first publicly-available fuelling station.

Hyundai is also working with other partners to have publicly available hydrogen stations in Brisbane and Melbourne before the end of 2020, with further expansion in New South Wales, South Australia, Western Australia and Tasmania also planned.

Start-up operation H2X plans to start building FCEVs in Australia, headlined by the Snowy SUV, but major brands including Toyota and Honda have already invested heavily in the technology.

The second-generation Toyota Mirai is also under consideration for Australian market consumption after the first-gen sedan was brought into the tour the country and drum up interest in FCEV technology.

There are also a range of commercial vehicle operations looking to add FCEV buses and trucks, which should also help expand the need for a public fuelling network.

And it’s not just mainstream brands and commercial fleets experimenting with what hydrogen can do, last week also saw the unveiling of the Hyperion XP-1 hypercar concept. The striking machine has a claimed top speed of 355km/h and can run for more than 1600km on a tank of hydrogen.

Hyperion plans to begin production of 300 examples of the XP-1 in 2022, with a final asking price yet to be revealed.