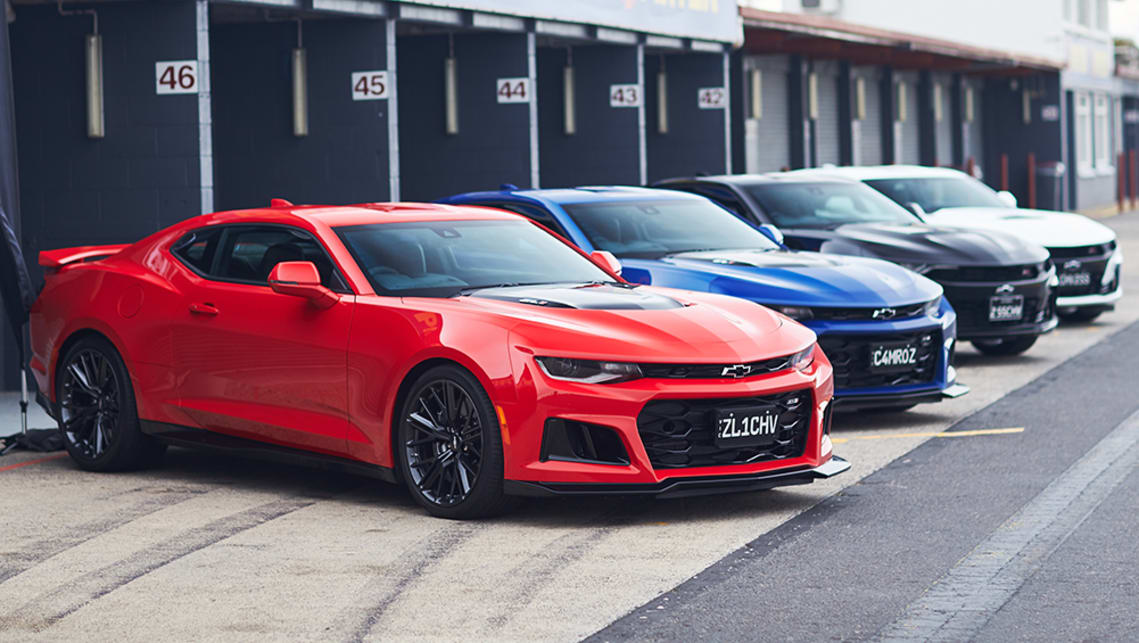 Is this the post-Holden future of General Motors in Australia?

As the old saying goes, as one door closes, another one opens, and it seems that’s true of car doors too. Holden may be going, but General Motors hasn’t given up on Australia and made it clear it wants to maintain a presence Down Under with the ‘GM Specialty Vehicles’ banner.

But what is GM Specialty Vehicles?

So far, all the company has said is it would like to have an “ongoing niche presence” but hasn’t locked in any details. And while everyone involved in the project is staying tight lipped for now, one outcome could be that Holden Special Vehicles (HSV), and its Melbourne-based operation that already converts the Chevrolet Camaro and Silverado to right-hand drive, becomes GM’s new specialty division.

It’s ostensibly doing what GM Specialty Vehicles wants to do, cherry picking the best vehicles in the GM line-up, converting them in low volume and selling them at a competitive price.

Switching to this model allows GM to not only keep a limited presence in Australia, it saves them worrying about right-hand drive anymore and lets them showcase the best products they offer.

It also leaves the door open for the Chevrolet Corvette to see its right-hand-drive program through to completion after the company has already invested tens of millions of dollars into it prior to Holden’s demise.

To be clear, this is all speculation and educated guessing on our part as officially, no one from GM, Holden or HSV has said anything about the future, but this is what the short-term future of GM Specialty Vehicles could look like.

While there are questions surrounding the next-generation of the iconic pony car, it’s here to stay until at least 2023. It currently acts as the hero model for the HSV line-up, with both the 2SS and the track-ready ZL1 offered locally.

That should continue, especially if it ends up being used as the replacement for the Holden Commodore in the Supercars racing series; which is looking increasingly likely.

General Motors confirmed that the right-hook Corvette is still progressing despite Holden’s closure as part of a global departure from right-hand-drive markets. So, given the money already invested in the project it seems highly likely that GM will try and recoup some of that cost by selling the eighth-generation Corvette Down Under, likely through the new GM Specialty Vehicles project.

That could mean selling it alongside the Camaro and Silverado at HSV dealers, as most Holden dealers are expected to be through with the brand by the end of 2020.

HSV already does a solid business selling the heavy-duty US pick-ups and it seems unlikely that will change given the investment already made by the company. Given the range starts at $114,990 (plus on-roads) these will never be big sellers, but certainly fit the criteria of a “niche” product GM wants to focus on.

In a piece of remarkable timing, only three days after Holden announced its closure HSV confirmed the Silverado 1500 would hit showrooms in March. The arrival of the smaller Silverado is significant announcement from HSV, given the popularity of the similar-sized Ram 1500; which is built alongside the Camaro and Silverado but under the American Special Vehicles banner; a separate company.

Ram managed to sell more than 2500 examples of the 1500 in 2019, which is more impressive when you realise the cheapest model starts at $79,950. The market for these US-style pick-up trucks appears to be increasing in Australia so the arrival of the Silverado 1500 couldn’t have come at a better time.

Offering the Silverado 1500 locally also has a significant knock-on effect of making it easier for HSV to add the Tahoe and/or Suburban to its local range. That’s because all three vehicles ride on the same chassis, so much of the engineering work required by HSV can be carried across.

While the Suburban was offered by Holden in the 1990s and flopped, a lot has changed since then, so the option of full-size American SUVs would be more appealing in 2021 (or whenever they arrive).

With Holden gone, HSV needs a replacement for the Colorado SportsCat, but it has also reportedly long held an ambition for a serious rival to the Ford Ranger Raptor. Joining forces with GM Specialty Vehicles would allow them to solve both problems with one car.

The US-built Colorado ZR2 is a ready-made Raptor hunter, with a 230kW 3.6-litre V6 petrol engine, special dampers from specialist Multimatic, front and rear locking diffs, and a tougher look. Given the increasing popularity of utes costing more than $60k or even $75k, it’s not a stretch to envision a ZR2 finding an audience in Australia, even if the price is nudging six-figures.

Cadillac has been the on-again, off-again story of General Motors in Australia for more than a decade ever since its ill-fated attempt to arrive in 2008. Would the introduction of GM Specialty Vehicles finally pave the way for Cadillac to reach Australian roads?

It seems unlikely given the competition in the premium market that GM would try and introduce its flagship brand as a niche player – but stranger things have happened… just look to Monday’s announcement that Holden is being ‘retired’.

As for GMC, most of its models are different bodies on Chevrolet platforms so there’s really no need to double-up.

Regardless the Chevrolet-focused line-up we’ve listed would make for an appealing showroom and one HSV dealers would likely be happy to continue with. For the sake of fans of General Motors (if there are still any left after the backlash this week) then hopefully this anticipated plan comes together.