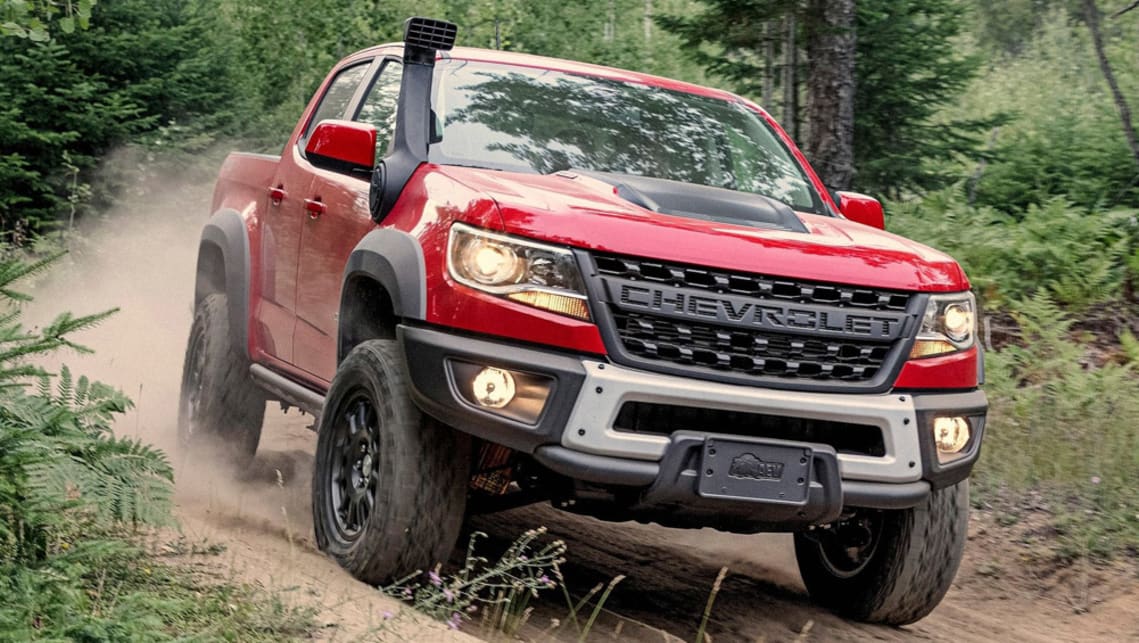 Is this the plan to revitalise Holden?

Holden might be a shadow of its former self as its sales performance continues to decline after the cessation of local car manufacturing in 2017, but don’t count the brand out of top-tier contention just yet.

Of course, parent company General Motors (GM) is focusing its attention on the much larger and more lucrative United States and Chinese markets, but that doesn’t necessarily mean Aussies will be left behind.

With careful investment and the right product mix, Holden could easily shoot back up in popularity, so here are the reasons why the brand’s faithful fans should not lose heart.

The best news for Holden is by far the recent confirmation that the all-new Corvette Stingray is headed Down Under.

Let’s start with the things we know for certain. And the best news for Holden is by far the recent confirmation that the all-new Corvette Stingray is headed Down Under.

Every car company needs a halo model to attract attention, draw people to dealerships and generally create an aura around the brand. Few cars have the kind of reputation the Corvette enjoys, it’s an icon of American performance and – as Ford can testify with the Mustang – that kind of reputation can have a big positive impact in the showroom.

The boss knows how to be number one

For much of the last decade, Holden’s top job has been passed through a series of hands, largely American executives sent across the world to acquire experience before being recalled to ‘better’ jobs elsewhere in GM. That’s no longer the case with Dave Buttner now installed as Holden managing director and chairman.

Mr Buttner is the ideal candidate to lead the Lion brand out of the wilderness because he’s the man credited with much of Toyota Australia’s success over the past decade. He not only played a vital role in leading the Japanese brand to leadership on the sales charts (overtaking Holden) but also oversaw the Toyota Australia’s transition from a manufacturer to fully imported line-up in a smooth and seamless way.

He’ll still need the support from GM, particularly in terms of products, but if anyone can arrest the sales slide and get Holden headed in the right direction it’s Mr Buttner.

GM’s success in North America is built on the back of an extensive range of pick-up trucks.

GM’s success in North America is built on the back of an extensive range of pick-up trucks, shared across the Chevrolet and GMC brands. The company made the shrewd investment in the US-only Colorado pick-up (which is different to the Thai-built Colorado we get in Australia) finding a strong audience alongside the bigger, full-size Silverado range.

It’s a similar story in the Australian market, where pick-ups (or utes as we prefer to call them) become not only more popular, but also more premium. There’s a strong business case for Holden to push into the more expensive end of the pick-up market, with Ford enjoying healthy sales of its $75,000 before on-road costs Ranger Raptor.

The long-held expectation is that GM will merge its US and international Colorado vehicles into a single offering (now that it no longer shares the same platform with the Isuzu D-Max). That could create an opening for Holden to gain access to a wider variety of pick-ups include the Raptor-rivalling Colorado ZR2.

The demise of the locally built Commodore put a big dent in HSV’s business model of building local hot-rods.

Even a decade ago the idea of a $100k pick-up would have been an extremely niche market, but such is the changing taste of the Australian car buying public that it makes a lot of sense now.

The Ram 1500 and 2500 (also converted by HSV) have become a common sight on local roads, while Toyota is looking at the Tundra, Nissan the Titan and Ford is mulling the F-150 for the Australian market, so it only makes sense for Holden to help HSV get the Silverado 1500 into its dealerships.

It’s highly unlikely in the short-term that GM can deliver everything Holden needs in right-hand drive, so it makes sense to keep the partnership with HSV strong. The Camaro is the perfect example of the synergies the two brands can enjoy when they work together.

GM is focused on SUVs

The Camaro and Silverado could be only the beginning for the HSV and Holden partnership.

The Camaro and Silverado could be only the beginning for the HSV and Holden partnership, after all the Tahoe and Suburban SUVs are built on the same underpinnings as the Silverado, so if that proves a hit it could open the door for a much wider range of SUVs.

GM has demonstrated it knows the significance of SUVs to the Australian market, helping push through the GMC Acadia in right-hand drive because of the importance of a seven-seat SUV to Holden.

The brand already has a broad range, from the compact Trax to the massive Suburban, but it’s still looking for opportunities to expand.

Look no further than the new Chevrolet Blazer, a mid-size SUV that slots into the range just above the Equinox in size. It’s a more overtly sporty crossover, especially in RS guise, that would make an ideal addition to the Holden fleet given Australia’s love of SUVs.

The vehicles are getting better

Hyundai and Kia have invested heavily in design and engineering, improving both the way its cars look and drive in a determined move to get away from the ‘cheap and cheerful’ reputation they were once saddled with.

Holden arguably burned a lot of its brand credibility selling rebadged Daewoo models that were cheap, but poor quality; putting many buyers off a repeat purchase. Holden’s future is now tied to Chevrolet, with the Opel-sourced Astra and Commodore likely being replaced, so it’s encouraging to see the improvements in the US-designed models.

Certainly, the Equinox and Acadia are not at the same level of presentation and quality as the likes of Mazda and Hyundai but they have made a big stride forward.

If they continue this trend, the next-generation Trax, Equinox and company should give Holden hope that it can recover lost ground.

It won’t happen overnight but if it gets support from GM, fill the showroom with the right models and revive the brand’s image there’s still hope for Holden.