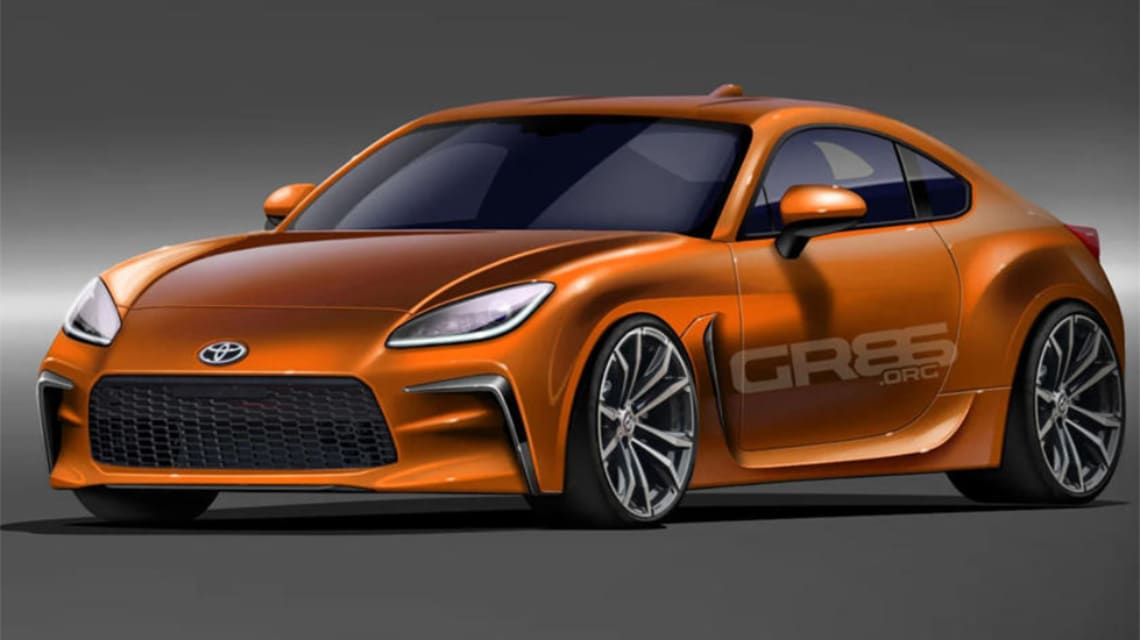 Is this the new Toyota 86? New renders bring Subaru BRZ twin to life

If you’re sick of waiting for offical news on just what the new Toyota 86 will look like, feast your eyes on this new render that essentially brings the camouflaged spy pics of the Japanese giant’s performance hero to real and colourful life.

The renders, from GR86.org, reveal evolution rather than revolution for the Subaru BRZ twin, with the biggest change seemingly a more rounded rear end vaguely reminiscent of the Nissan 370Z.

The Toyota 86 is expected to be officially revealed in March next year, with eh BRZ to follow, and credible reporting has lifted the lid on just what we expect to be powering them.

Hopes of a turbocharged engine appear to have been dashed, but there is more power on the table, courtesy of Subaru’s ‘FA24’ 2.4-litre naturally aspirated boxer-four-cylinder engine, which produces 162kW of power and 240Nm torque, but could produce more in the sports car twins.

That’s a sizeable jump from the current outputs of 152kW and 212Nm – and we suspect the engine will be tuned for more power in this application.

According to earlier reports, the new model measures in at 4250mm (width), 1780mm (width) and 1315mm (height), and rides on a 2570mm wheelbase. The new models will be offered with a choice of Aisin-sourced six-speed manual, or an eight-speed automatic.

Toyota and Subaru are yet to confirm details of the new models.