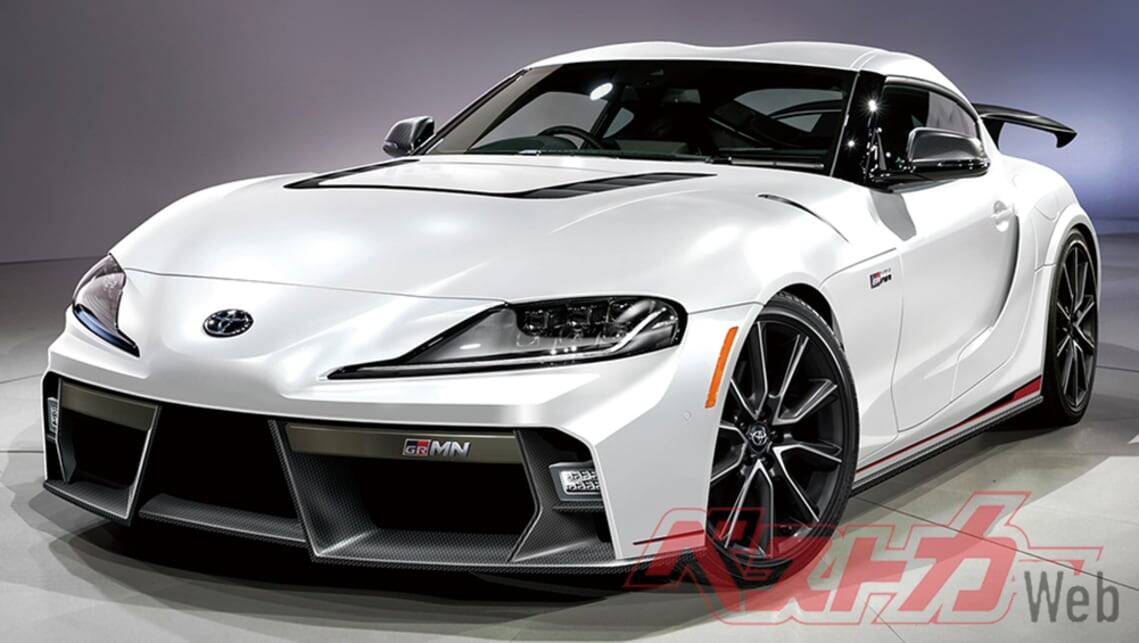 Toyota is about to launch one of the country’s most powerful performance cars in years, with Japanese media reporting the Supra GRMN will borrow the next BMW M4’s engine for some monstrous power figures.

The bad news? According to the reports, the new Supra won’t arrive until 2023, will be limited to just 200 units, and will mark the final edition of the current-gen car. Worse still, there is reportedly no current plan to replace it, with 2025 earmarked as its final year on sale.

Still, if the reports prove accurate, it will be going out with one hell of a bang. The twin-turbo 3.0-litre engine will reportedly be paired with a a seven-speed M-DCT gearbox (again borrowed from BMW) with a manual option yet to be confirmed.

The engine will also be used in the BMW M3 and M4, but not, apparently, in the BMW Z4 – the Supra’s twin – with the German brand reportedly not planning a similar farewell for its roadster.

That a GRMN was coming was virtually confirmed last year, with Toyota’s chief engineer, and prince of performance, Tetsuya Tada, telling media that the car we have today is merely “first iteration”, and that improvements would lead all the way to a fire-breathing GRMN model.

“What you’re experiencing today is the first iteration of the new Supra From this point on – as with all other sports cars – every year we will have a new iteration of it that comes with new upgrades. For the 86, for instance, every year there were a few evolutions and upgrades, all the way to the GRMN model,” he said.

“With regards to upgrades, there is an order we can introduce things in. The only question is in what order should we go with?”