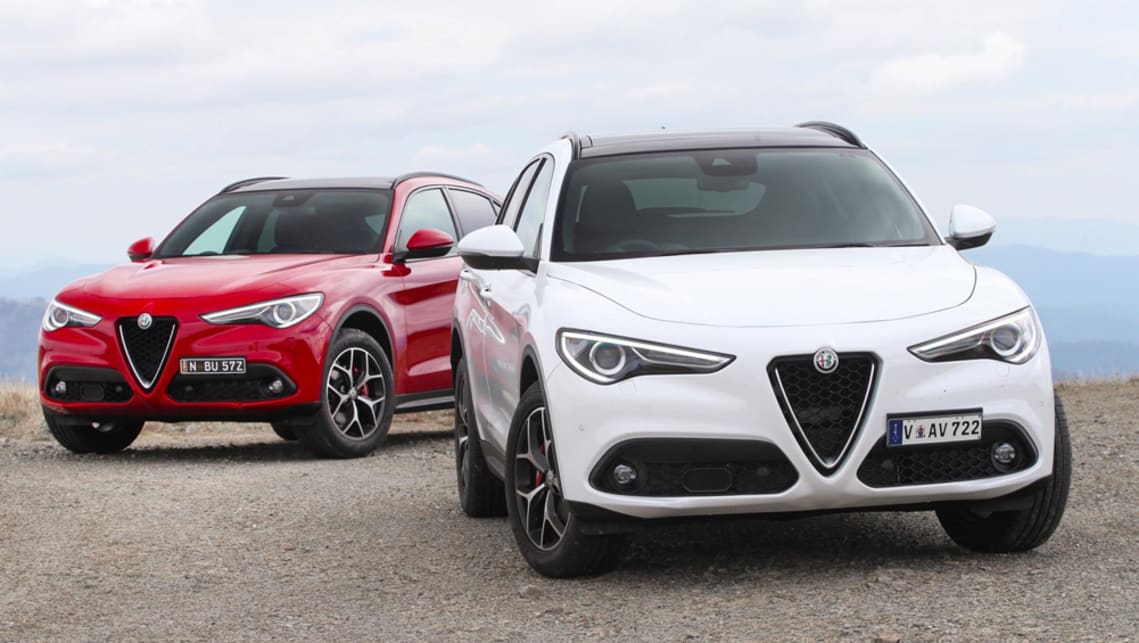 Is this the end of the road for Alfa Romeo?

No matter what way you look at it, the announcement this week that Alfa Romeo has axed its two upcoming sports cars – the GTV and 8C – is bad news.

Conflicting reports from overseas also seem to indicate that the 4C sports car has also been axed, and will no longer be available in some European markets.

Coming just days after the merger between Alfa Romeo’s parent company, Fiat Chrysler Automobiles (FCA), and French firm PSA Group, it marks yet another blow for what was once Italy’s answer to BMW.

For more than a decade, FCA big wigs have talked optimistically about returning Alfa Romeo to its glory days – and it makes a lot of sense. Within the grand scheme of the new 13-brand FCA/PSA entity, Alfa Romeo is the only one that could truly compete with the big German premium trio – Audi, BMW and Mercedes-Benz.

Maserati is too upmarket. Citroen not as prestigious. Peugeot and Opel are too mainstream. And Chrysler is … well, almost dead.

Only Alfa Romeo has the brand heritage to pull off rivalling the Germans, which are the undisputed kings of volume luxury. It has the prestige to compete with the Germans and the scope to produce a wide range of small cars, SUVs and sports cars.

Make no mistake, this is a storied brand. Without Alfa Romeo there is no Ferrari as Enzo got his start driving for the brand. It was the first Formula One world champion. It has produced iconic cars including the original Giulietta, TZ, GTA, 33 Stradale, Montreal and Spider.

Reports from overseas indicate that the 4C sports car will no longer be available in some European markets.

But since the 1980s, it has been in various states of decline amid the occasional attempted rebirth, without ever getting anywhere near the Germans.

The tragedy of this latest decision to cut the GTV and 8C was that the five-year plan presented by FCA in June 2018 looked promising. It was by far the best strategy proposal the Italian-American giant had put forward to make Alfa Romeo competitive again.

Here’s a reminder of what that plan was:

– New GTV: a coupe based on the impressive Giulia, but powered by a 450kW twin-turbo V6 with hybrid e-boost.

– Long wheelbase versions of the Giulia and Stelvio, both of which to receive a mid-life upgrade.

– Six plug-in hybrid models as part of an electrification roll-out.

The plan didn’t officially include the new Tonale compact SUV or the new small SUV they announced this week to try and make up for killing the GTV and 8C. But giving the timings, it’s obvious both those cars were already factored into the five-year plan.

That’s a comprehensive line-up that would have given Alfa Romeo the vehicles to rival all the key models from Germany, but without the burden of developing increasingly unpopular sedans.

Obviously, we’re not privy to the FCA accounting numbers, but from the outside it looks like Alfa Romeo has had its budget slashed, having poured billions into the development of the Giulia and Stelvio plus more for the Tonale.

According to the updated report FCA gave investors that effectively announced this latest strategy U-turn, the decision was taken to reduce capital spending and eliminate “overlap with other Group brands”.

Given the fact that there are no other brands with the FCA/PSA Group that would crossover with Alfa Romeo’s plans, it’s probably not unfair to say FCA had to tighten its belt to keep the wolf from the door, and the GTV and 8C are the casualties.

Despite all the money spent on getting the Giulia and Stelvio right (and they are both very good) people simply aren’t buying them. In Europe, Alfa Romeo sold only just over 83,000 vehicles in 2018. It was outsold by Lancia, a brand so unloved by FCA it has only one model – the Ypsilon that dates back to 2011.

Let’s be blunt, the GTV and 8C weren’t going to sell in huge volumes, but that wasn’t really the point of them, it’s not the point of any sports car. The reason carmakers spend countless millions developing low volume sports cars is for the halo effect these cars create for an entire brand.

Audi builds the R8 and TT to attract attention and that helps shift more A4s and Q5s from the showroom. It’s the same with the BMW Z4 or Mercedes-AMG GT, they aren’t meant to sell in big numbers but they do help drive interest in the brand.

The 8C would have acted as a beacon to all luxury buyers that Alfa Romeo meant business again. It would have been a line in the sand, declaring the Italians were looking to return to the glory days not seen since the 1960s and ‘70s.

Without them what is left? By 2022 the Alfa Romeo line-up should look something like this:

The Tonale concept was first revealed at the Geneva Motor Show.

That’s it. Four models, none of them genuinely exciting enough to act as a halo for the brand. Sure, it makes a lot of sense to expand its SUV range at a time when sales of those are growing with no sign of slowing down. But a premium brand cannot survive on such a limited range.

Put another way, management at Audi, BMW and Mercedes are hardly likely to be shaking in their boots at the thought of that showroom.

So, what hope is there for this once-great brand? Well, if FCA/PSA can get its house in order sooner rather than later, perhaps it could look at reviving plans for the GTV at the very least, as the Giulia platform is already developed.

It could also look to amortise the cost of developing a wider range of vehicles across more brands, similar to the way Volkswagen Group has made Audi so successful. Architecture could be shared across Alfa Romeo, Citroen, Peugeot, Opel, Chrysler and Dodge to create better economies-of-scale while also allowing each brand its own different identity.

Volkswagen Group has made that strategy worked very well, it’s up to FCA-PSA to apply the same principles to try and save Alfa Romeo.

If they don’t try, and Alfa Romeo’s future is built around compact SUVs, then it’s hard to see it ever being able to be a serious premium brand.