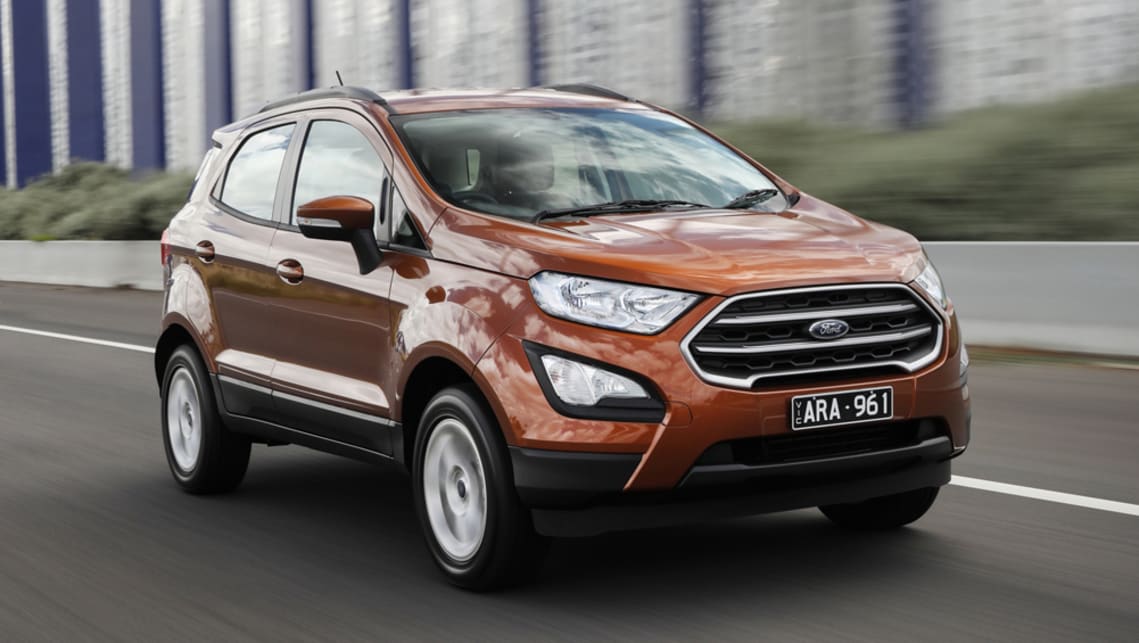 Is this the end for Ford EcoSport small SUV?

Ford’s EcoSport could disappear from Australian showrooms next year, possibly to make room for the new Puma small SUV.

CarsGuide has learned that local dealers are now being asked to put in final stock orders of the EcoSport before production supply is expected to dry up by year’s end.

However, a Ford Australia spokesperson told CarsGuide that the brand is committed to the EcoSport for next year, but would not be drawn on its longer-term plans for the booming small crossover market.

“We will continue to offer the latest EcoSport with its upgrades, which include Sync3 with Apple CarPlay and Android Auto compatibility, into 2020 as part of our full SUV line-up,” they said.

Ford’s EcoSport has struggled to resonate commercially with customers since being introduced to local showrooms in late 2013, with its most successful 12-month period being in 2015 when it notched a year-end total of 2453 sales.

Tthe Puma will be built in Romania, which also produces right-hand-drive (RHD) EcoSports for European markets.

The EcoSport was last updated in December 2017 with a significant facelift, meaning the small SUV is likely approaching the end of its life cycle in its current form.

The timing puts the Puma in prime position to pounce and draw attention to Ford’s small SUV offering with a new nameplate.

Curiously, the Puma will be built in a facility in Romania, which also produces right-hand-drive (RHD) EcoSports for European markets.

Australian-spec EcoSports come from an Indian factory, which also builds the SUV for South Africa, Japan and the US.

A possible scenario could be for Ford to shutter RHD EcoSport production in India to focus on the much larger left-hand-drive US export market, leaving Ford Australia no choice but to source the Puma to slot in as its small SUV competitor.

The larger sized and better equipped Puma could be justification for a price increase compared to the EcoSport as well, which would also mask the expected higher costs in sourcing from Europe instead of India.

The Puma would likely compete directly against some of the larger small SUVs available, such as the Nissan Qashqai, Jeep Compass and Mitsubishi ASX, and slot in below the Escape, Everest and Endura.