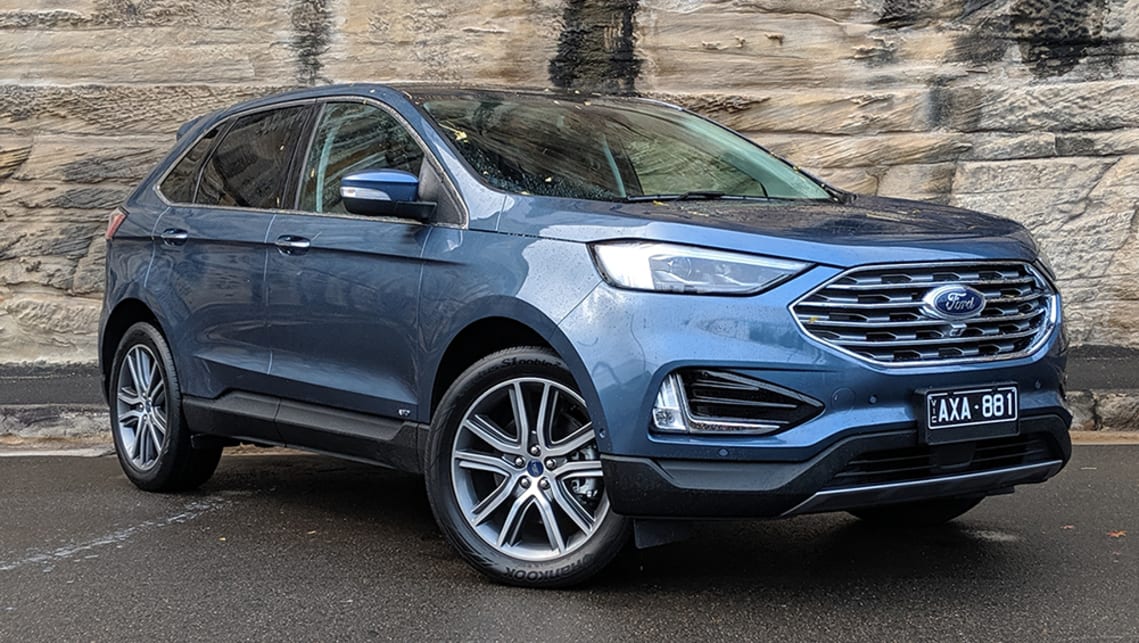 Is the Ford Endura about to be axed? Has the Toyota Kluger and Jeep Grand Cherokee rival been a flop?

Ford is likely to put the slow-selling Endura out of its misery soon, with sales of the large SUV already down 40 per cent year-on-year despite being only in its second full year in Australia.

Reasons for the lack of consumer interest include high pricing (from $44,900 before on-road costs to nearly $70,000), a lack of a three-row option (despite being classed as a large SUV it only offers five seats) and no petrol alternative to the 2.0-litre four-cylinder turbo-diesel engine. The latter wasn’t even the most powerful version, as available in other markets.

Ultimately, the Endura was always going to find the going tough in Australia anyway, since it was perceived by the public as a follow-up to the iconic Territory – the only SUV ever designed, engineered and built in this country. In 2015 – its final full year on sale after 11 successful seasons – the Territory averaged just under 750 sales each month.

While a Ford Australia spokesman denied any plans to drop the series from the local line-up, the decision may be inevitable, since the Endura’s future globally – where it is sold as the Edge – is also under a cloud.

This follows recent reports in the United States that the Edge’s next-generation replacement, due in about two years, will shift production from Canada to China.

Although the Oakville, Ontario site in Canada is the sole source of all CD539-code Endura, Edge and the closely-related Lincoln Nautilus models worldwide (and has been since the original Edge debuted in 2006), an extended seven-seate variation is made by Ford partner Changan in China, primarily for that market.

That launched in 2015 with the second-gen Edge and – fun fact – was briefly considered by Ford Australia as the volume replacement for Territory after local manufacturing ceased in 2016. Of course, that didn’t happen, but a Chinese-built Edge with seven seats and a petrol engine might have enjoyed a friendlier sales reception than the Endura.

Although the Endura’s struggles do not automatically rule out the Chinese Edge replacement for Australia, it will likely be dramatically different.

A switch from the Edge/Endura’s outgoing Mondeo/Fusion mid-size sedan’s CD4 platform to the far-newer C2 architecture that underpins the latest Focus small car and 2021 Escape medium SUV is expected, with some rumours suggesting that it might even include an all-electric medium SUV spin-off based on the Mustang Mach-E EV, and known as CDX 746/747.

Or, in other words, a more practical and affordable family-orientated version with a whole new name to distance itself from the Edge and Endura.

Meanwhile, the end of Canadian Edge/Endura/Nautilus production has raised concerns that their demise will shutter that country’s last Ford vehicle production facility.

An Australian connection here is that Ford Australia was a wholly-owned subsidiary of Ford Canada – which was actually a separate entity from the Ford Motor Company in the USA – from its inception in 1925 to 1960, when Detroit wrangled control, almost acrimoniously according to some reports.

Many popular Fords during that time, like the Customline, were Canadian models.

So, while the Endura/Edge’s demise won’t be a great loss to Australians, a forgotten but important strand of Australian motoring history will also come to an end.