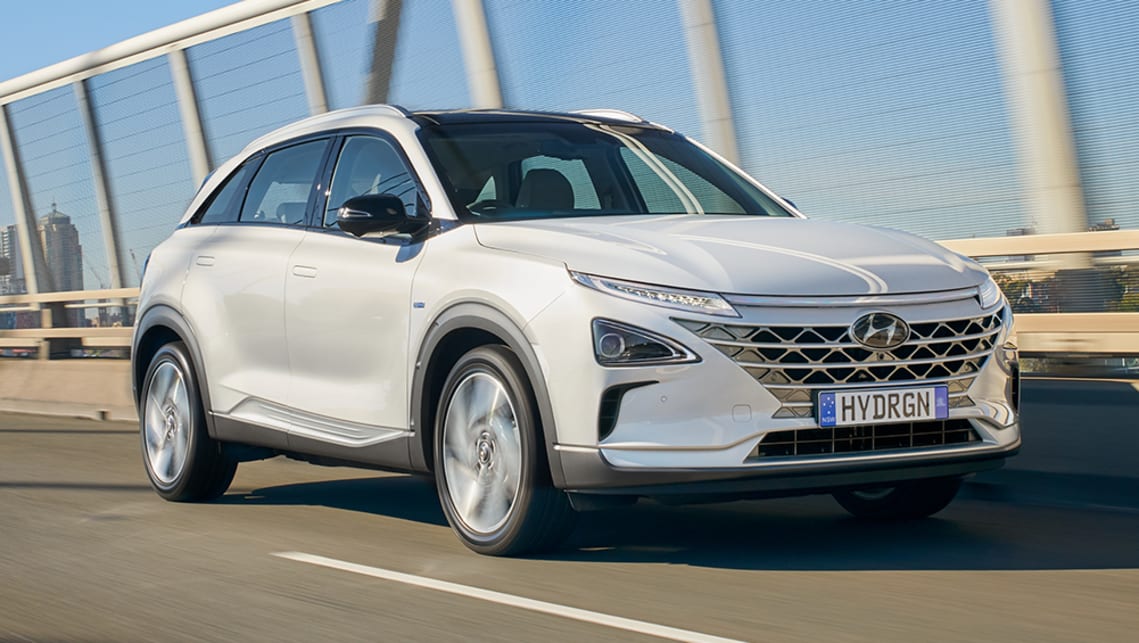 Is hydrogen the future of Australian motoring? Toyota, Hyundai and H2X think it could be

Hydrogen or electric? It’s the question that dominates all discussion about the future of driving.

But it’s already been answered, even if we didn’t realise it yet, because both have a place.

Hydrogen may be less advanced at this stage, but recent events have demonstrated that it’s set to play a major role in the future of transport in Australia, and manufacturing.

Electric cars are here now and increasing in popularity, just look at the latest sales figures that show double- and even triple-digit growth for battery-powered cars. However, hydrogen is set to catch up as more and more money is poured into developing both vehicles that run on it, as well as cleaner, more efficient ways to produce it as a fuel.

Start-up H2X recently announced plans to begin producing a range of hydrogen fuel-cell electric vehicles (FCEV), including an SUV dubbed Snowy, at a plant in Port Kembla south of Sydney. It would be a major boost for both hydrogen and local manufacturing if it comes off, paving the way for more FCEV to come.

H2X may be a small player in the automotive market, but there are several big-name brands that are investing heavily in FCEV, most significantly Toyota and Hyundai.

Toyota has been promoting its Mirai FCEV sedan locally for several years, while Hyundai has deals in place with the ACT government to operate a fleet of its Nexo SUVs.

Earlier this week 20 examples of Hyundai’s FCEV SUV arrived in Australia for delivery to the ACT government, marking a major step forward for hydrogen vehicles in this country.

The benefit of FCEV is the fact they can be refuelled with pressurised hydrogen almost as quickly as filling up a petrol or diesel car.

Despite the advances in rapid charging stations for EVs, in theory FCEV will be consistently faster to refuel and allow owners to make longer journeys between stops, which could be a big advantage in a country like Australia with vast distances between major centres.

As part of Hyundai’s deal with the ACT government a new hydrogen refuelling station will be built in Canberra that will become the first publicly-available one of its kind in Australia. Currently one of the only places to refuel a FCEV is at Hyundai’s head office in Sydney, which isn’t open to the public but the company has allowed any other manufacturer experimenting with FCEV to use it.

Hyundai claims that by the end of 2020 there will be public refuelling stations in Brisbane and Melbourne with plans for more in New South Wales, South Australia, Western Australia and Tasmania.

Toyota has also built its own mobile refuelling station to tour the country with its first-generation Mirai, while the Japanese car brand has already shown off the next-gen model in concept form ahead of an expected global market introduction later this year.

While it’s cars like the Mirai and Nexo that are attracting most of the attention at the moment, the key to hydrogen’s growth could be with commercial vehicles.

Fuel cells are becoming increasingly popular amongst truck and bus operators because it provides significant range and refuelling benefits compared to electric powertrains.

The Snowy may be the headline attraction for H2X, but the brand will also produce a pair of heavy vehicles to form the foundation of its Australian operations.

And H2X isn’t the only one either, with Hyzon Motors announcing in May that it’s aiming to set up business in Australia building fuel cell-powered commercial vehicles, likely buses and trucks, by 2022.

These major fleets will help establish the refuelling infrastructure, initially they will likely be private operations for specific companies, but it’s seen by experts in the industry as a key step on the way to a wider public network of stations.

And could a FCEV ute be far off? Nikola has already confirmed its Badger ute will be arriving Down Under in 2022, and could be positioned as a hydrogen-powered alternative to the likes of the Tesla Cybertruck and Rivian R1T.

LPG of the future

Another reason for hydrogen’s future potential is the prospective for job creation and fuel independence it can bring. Government, and private investment, is searching for new and better ways to make hydrogen – either through natural gas or from water using renewable power – in a bid to fulfill the expected demand by the middle of this decade.

The CSIRO and private firms, including Woodside Energy, are trying to stimulate hydrogen production which could help create a new fuel sector, much like LPG did previously.

However, it does concede that the technology does face the barrier of a lack of fuelling stations, and the high cost of installing them – up to $2 million. But the collaboration between vehicle manufacturers and governments – such as Hyundai’s partnership with the ACT Government – as well as the advances in the stations in more mature overseas markets, such as German and the USA, could mean a shortcut for Australia.

According to the CSIRO Roadmap: “Australia has the benefit of rolling out station models that have already been developed overseas. If a series of demonstration projects were to be implemented in the next 5 years, these stations could be commonplace by 2025.”