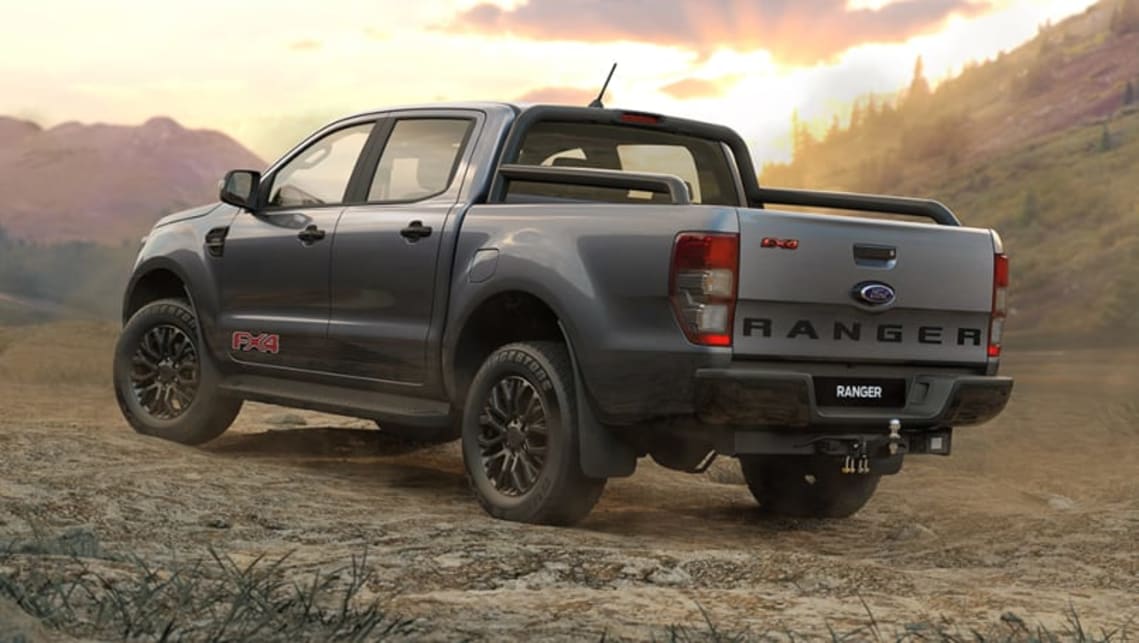 Ford in Australia could be cooking up a new baby Raptor, trademarking the name “FX4 Max” with the Australian Intellectual Property Office.

The name was registered in December 2019, with final approval scheduled for June this year, but the listing doesn’t describe exactly what Ford will be doing with the freshly minted trademark, first uncovered by our friends at GoAuto.

Ford has used the name FX4 before, most recently on a special-edition model released late last year to sit between the XLT and Wildtrack models.

Under the bonnet was Ford’s existing engine options – the 3.2-litre five-cylinder turbo-diesel engine or the 2.0-litre twin-turbo diesel engine.

But while that car was designed to sit below the Wildtrack, it is expected the FX4 Max will sit above it, creating a new rung on the Ranger ladder, right below the Ranger Raptor.

The biggest question, though, is whether the “Max” refers to more off-road credibility, making it a true Raptor Jnr, or simply to cosmetic changes. In the USA, for example, the FX4 tag applies to a more extreme off-road package, but whether that same tactic is applied in Australia remains to be seen.

Ford, like all manufacturers, will be keen to increase the capability of its Ranger range, especially as the dual-cab war continues to wage, and there will likely be a focus on more special editions in the coming months.

In fact, with the lead-up to EOFY the busiest time in the dual-cab market, it’s likely the FX4 Max will arrive between now and June 30. What shape it takes, though, remains to be seen.

For its part, Ford in Australia wouldn’t be drawn on the trademark application, instead pointing to its history of launching special editions and option packs for its Ranger. The brand issued a statement to CarsGuide that read:

“In terms of space for additional models in the Ranger line-up, we worked extremely hard with customers to bring a number of special packs and options for their Rangers in 2019.

“This saw the Heavy Duty Suspension option on the hard-working Ranger 4×2, which makes driving with a loaded tray easier, while at the other end of the line-up, the Ranger Wildtrak X was offered with equipment such as a snorkel, LED light bar and weekend, off-road ready gear that reflects the adventure and lifestyle Ranger owners are looking for.

“We won’t stop working with Australians on what works best, with Ranger the best-selling 4×4 in Australia in 2019, something that we have to thank our customers for as they help us shape the line-up.”