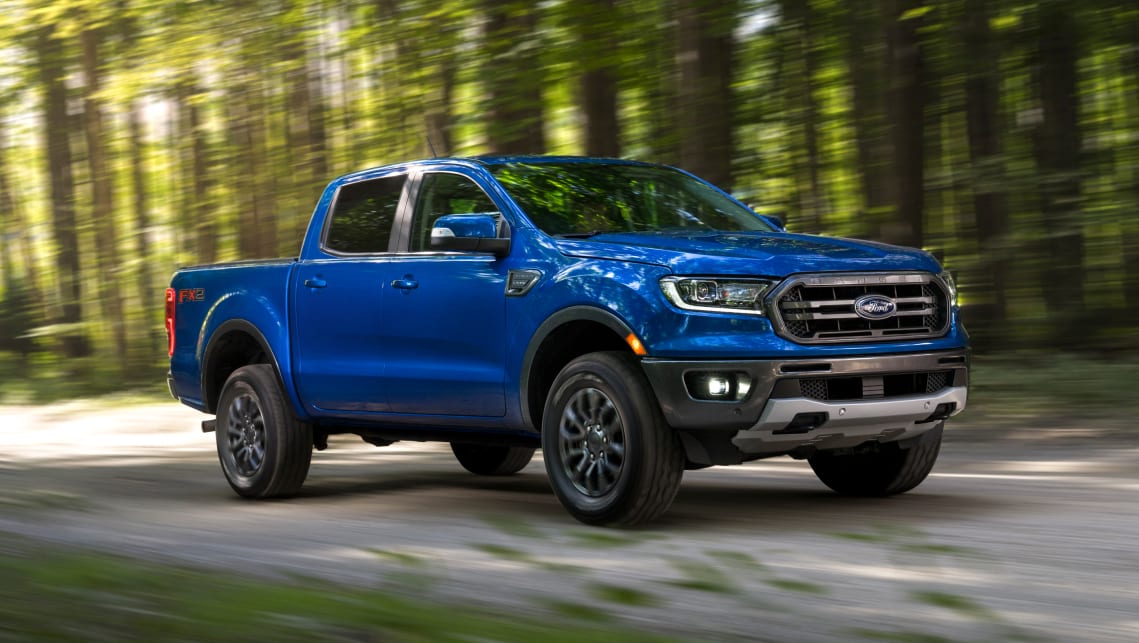 Is America falling in love with the dual-cab ute?

While Australia can’t get its hands on big American ‘full-size’ pick-ups like Ford’s F-150 and Ram’s 1500 fast enough, the American market seems to be meeting us in the middle with a refreshed surge in demand for ‘mid-size’ dual-cab utes.

We’ve written at length here at CarsGuide on the surprising amount of demand Australians have for expensive right-hand-drive conversions of Ram trucks, and the seemingly unrepentant demand for Ford, Nissan, and Toyota to bring in factory right-hand-drive versions of ever larger US-style utes.

But the American market is trending in the opposite direction, as buyers in its market turn toward smaller, more affordable dual-cab sized products. Not only that, but this trend could be accelerated by the inevitable COVID-19 related economic woes.

As reported by industry source Automotive News, the US mid-size pickup segment soared by 22 per cent in 2019 and has weathered the early parts of the COVID storm well, dropping just 0.9 per cent in the first quarter of 2020.

The surge in sales had mid-size trucks seeing their highest sales numbers in the US in 13 years of almost 640,000 units. This still pales in comparison to the 2.5 million units sold of ‘full-size’ trucks, but the jump of more than 110,000 units over the previous year is what has the world’s manufacturers watching.

While America is slowly trending down from big trucks, Ford’s F150 is as popular as ever.

This upward trend has seen the successful US re-launch of a left-hand-drive, petrol-powered version of Ford’s familiar Ranger, for example.

It is also the reason why we may soon see an all-new Ram Dakota sooner than expected.

FCA has trademarked the Dakota name, and its CEO confirmed last year that the brand was working on a new low-cost pick-up platform to play in the sub-Ram 1500 space. Some outlets are now predicting a reveal as early as late 2021.

There is a chance for a right-hand-drive version, given that FCA has made significant efforts to be a more global company in recent years, and it is hard to ignore the success of global platform ladder-chassis rivals like the Ranger.

Could Ram have scope to bring more products down-under?

A Dakota dual-cab, it seems, would make a remarkably good fit for Australians who have no trouble lapping up the expensive locally converted Ram 1500.

Automakers outside of the US have not ignored this upward trend either, with Hyundai developing its monocoque-based Santa Cruz pick up (most recently spotted as a production bodyshell), and Volkswagen looking to put its similar Tarok concept to production, solely for US consumers.

VW has told multiple US outlets that it thinks there is an untapped market for monocoque-based smaller trucks in America’s urban centres, a move which would allow economies of scale given the popularity of such products in South America.

VW’s Tarok is an example of the kind of monocoque ute that Australian consumers seldom see.

While it’s too bad Australian consumers will likely left wanting on these kinds of utes, the surge in US market dual-cabs will likely see more suitable globally platformed ladder frames being developed, like the Hyundai/Kia ladder frame project well known to be in the works.

The ‘mid-size’ dual-cab scene is set for a global shake up in the coming years as Nissan’s Navara, Mitsubishi’s Triton, Volkswagen’s Amarok, Chevrolet’s Colorado, Toyota’s HiLux and even Ford’s Ranger are set to receive completely new-generation offerings, most of which will be merged onto just a handful of global platforms with safety and electrification likely high on the list of manufacturer considerations.

The only question left is whether potential right-hand-drive versions of full-sizers like Ford’s F-150 and Nissan’s Titan will change Australia’s ute landscape in turn.