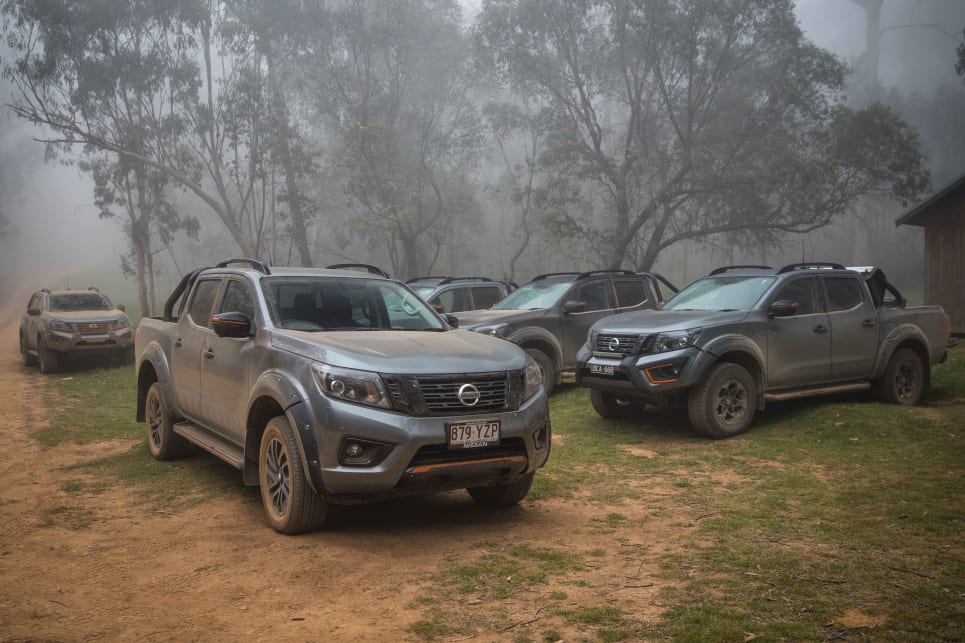 An ageing fleet of SUVs, no passenger cars and a high-profile (and very ugly) legal battle with its former CEO – it’s safe to say Nissan is facing several challenges in 2020.

Like most brands, 2019 was a difficult one for the Japanese marque, with a 12.3 per cent sales decline in Australia as the market dropped after years of steady growth. It didn’t help that the company only had a single all-new model to generate excitement – the long-awaited, new-generation electric Leaf (which isn’t a volume seller).

Despite all this, Nissan still managed to finish seventh in the sales charts and worked well with what it had available, creating the Australian-specific Navara N-Trek Warrior as well as several special editions – including 50th Anniversary celebrations of the iconic GT-R and 370Z to remind us all that it still knows performance cars.

Things don’t look much different for 2020, though, despite this week’s launch of updates to the Qashqai and Pathfinder. There’s only one all-new model confirmed to arrive and still no clarity around a return to passenger cars. But that doesn’t mean there isn’t reason to be optimistic for Nissan, both in 2020 and beyond.

Nissan may not have any passenger cars (aside from Leaf) but with Australians abandoning cars in favour of SUVs in steady numbers, it isn’t a significant problem. What’s important is having a broad range of SUVs to appeal to as many would-be buyers as possible.

Since November, Nissan has introduced updates to the Qashqai, X-Trail and Pathfinder, which should help them maintain their competitiveness in 2020. As Nissan spokesperson Karla Leach explained to CarsGuide, despite not being the newest kids on the block, Nissan’s SUVs remain some of the best-sellers in their respective classes.

“I think at the moment we’re comfortable with the way all those cars are performing,” she said about Qashqai and X-Trail. “They still top five [sellers], so they’re relevant for what Australian consumers are looking for.”

She’s right. In 2019 the Qashqai was the fifth best-selling small SUV, behind only the Mitsubishi ASX, Mazda CX-3, Hyundai Kona and Honda HR-V; the latter by only 78 units.

The X-Trail fared even better, coming home third in the medium SUV segment, beaten by the Mazda CX-5 and new Toyota RAV4.

The Pathfinder didn’t fare quite as well, selling only 2712 examples, well behind the large SUV class-leading Toyota Prado (18,335) and Kluger (11,371). However, dig a little deeper into those numbers and the bigger models don’t sell in the same volume as the small and medium SUVs, so 2712 is a solid year of sales.

Nissan’s new-gen Juke is due to touch down in Australia this year.

The big news for Nissan in 2020 is the arrival of the all-new Juke. This quirky little crossover was one of the trailblazers in the compact SUV market, but its radical styling was always polarizing.

This new generation tones the looks down in order to widen its appeal and adds an all-new 1.0-litre three-cylinder turbo-petrol engine to the local range. The Juke is due to go on sale locally in the middle of the year and Ms Leach has high hopes for it.

“That’s a significantly new and evolved product from the car we have now, from a style and technology perspective,” she said.

If the Juke can attract new buyers to the brand (or get old Juke owners into the new model) then it has potential to give Nissan’s bottom line a meaningful boost in 2020.

There’s also more reason to hope on the horizon with both the X-Trail and Pathfinder reportedly due for replacement within the next 18 months. In fact, we’re likely to see both revealed by the end of 2020 and, with both models popular in the United States, don’t bet against a New York Motor Show reveal for one and a Los Angeles Motor Show unveil for the other.

Nissan has already teased both with concept cars. The X-Motion from the 2018 Detroit show gave a glimpse of what to expect from the Pathfinder, while the Ariya from the 2019 Tokyo Motor Show was a taste of what’s to come from the X-Trail – as well as the company’s new-generation electric powertrain.

So, if the current X-Trail and Pathfinder can have one more good year in 2020 it should be enough to keep Nissan going steady.

The Nissan Note E-Power has long been mooted for the Australian market.

It seems like a very long time since Nissan had a popular small car, but for those who remember the pre-Tiida days, the Pulsar was once a genuine rival to the Toyota Corolla. While passenger car sales fell significantly (again) in 2019, Nissan hasn’t given up on finding something to replace the Micra and Pulsar.

While the company is bullish about its SUVs, having an entry-level model – especially one with a sub-$20k starting price – is important for all car companies. Finding one that fits Australia’s needs is proving a challenge, but Ms Leach said the hunt is on.

“There’s a lot of options within the Nissan family and we’re actually working with Nissan globally to see if there’s a car that fits, that meets the safety and technology requirements of what Australian consumers want,” she said.

The current Micra is a stylish city car, but the right-hand-drive model is made in the UK, which means getting it into local showrooms at a competitive price is very difficult.

Nissan has had an interest in the Japanese-built Note E-Power, a small hatch that slots between the Micra and Pulsar in the range, and features a unique hybrid powertrain.

The E-Power system combines a petrol engine that charges a small battery that then uses an electric motor to power the wheels. Unlike traditional hybrids, the battery is too small to retain a significant charge, so the engine operates most of the time. However, by using the petrol engine in this way it’s able to run at its optimum revs which makes it 1.6 times more efficient.

While the Note E-Power wouldn’t fit the criteria of an entry-level passenger car, given it would likely carry a price premium over a similar-sized petrol model, Ms Leach said Nissan Australia is still interested in introducing the technology.

“We’ve made a commitment to have one-third of our volume electrified by 2022,” she said. “E-Power will definitely play a role in meeting that goal.”

The ongoing battle between Carlos Ghosn and Nissan may result in future changes.

While not an Australian problem, the dramatic case of former CEO Carlos Ghosn will hang over the brand until it’s resolved, but it also raises important questions about Nissan’s long-term future.

Mr Ghosn fled Japan, and Nissan’s case against, him for alleged financial improprieties. Whoever is right and wrong might be inconsequential to the car buyer, there are far bigger stakes at play.

The Ghosn case exposed the supposed increasing rift in the Renault-Nissan-Mitsubishi Alliance. Ghosn claims the company is coming after him because it didn’t like his plans to fully merge the French and Japanese businesses.

Nissan might want to retain its independence and Japanese culture, even if that means splitting with the French brand and trying to go it alone. That would be a bold move at a time when car companies are increasingly merging together for greater financial strength.

If Nissan does split from Renault then it will need to spend a lot of time and money to make itself independent again – the two brands share much of its purchasing and technology – and would leave itself a minnow surrounded by some big whales; Toyota, Volkswagen Group, General Motors and PSA-FCA.