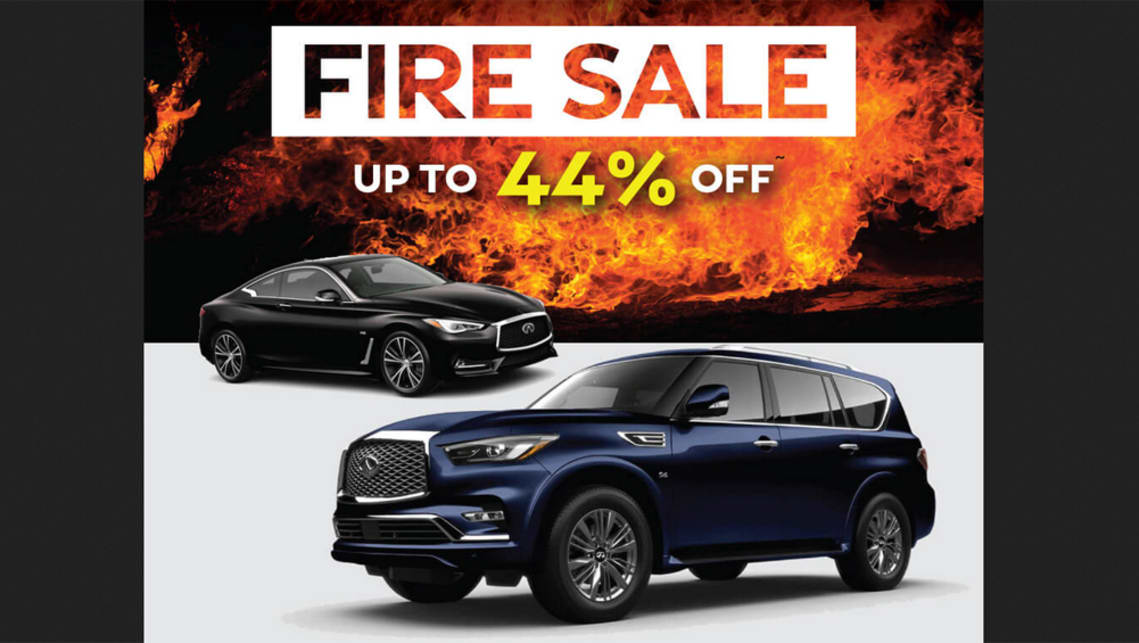 Infiniti’s Brighton dealership in Victoria has cut the prices of models by as much as 44 per cent in a bid to move existing stock ahead of the luxury Japanese brand’s local market exit by the end of next year.

The self-described ‘fire sale’ is available only to Victorian buyers at this stage, with the remaining four outlets in Castle Hill, NSW; Doncaster, Victoria; Perth, Western Australia; and South West Sydney, NSW yet to list their initiatives to move Infiniti stock.

According to the dealership’s website, the base QX70 GT mid-size SUV receives the deepest discount, with its 44 per cent cut reducing its pricing from $84,273 to $46,888 driveaway, excluding metallic paint.

Powered by a 3.7-litre V6 petrol engine, the QX70 sends 235kW/360Nm to all four wheels via a seven-speed automatic transmission.

As for the Nissan Patrol-based QX80 large luxury off-roader, pricing is now set at $94,888 driveaway inclusive of metallic paint, 24 per cent off its $124,860 price according to the Infiniti Brighton website.

Underpinning the QX80 is 294kW/560Nm 5.6-litre petrol V8, which drives the permanent four-wheel-drive system through a seven-speed automatic.

Both models are powered by a 155kW/350Nm 2.0-litre turbo-petrol four-cylinder engine, which drives the rear wheels via a seven-speed auto.

The dealership also stocks Infiniti’s Q30 and QX30 twins, though the small SUVs are not featured in the ‘fire sale’ and are not significantly discounted.

Infiniti Australia has pledged to continue support for new and existing customers, and will honour warranty and service commitments, likely through the Nissan dealer network.

Infiniti Brighton’s offer runs until the end of November.