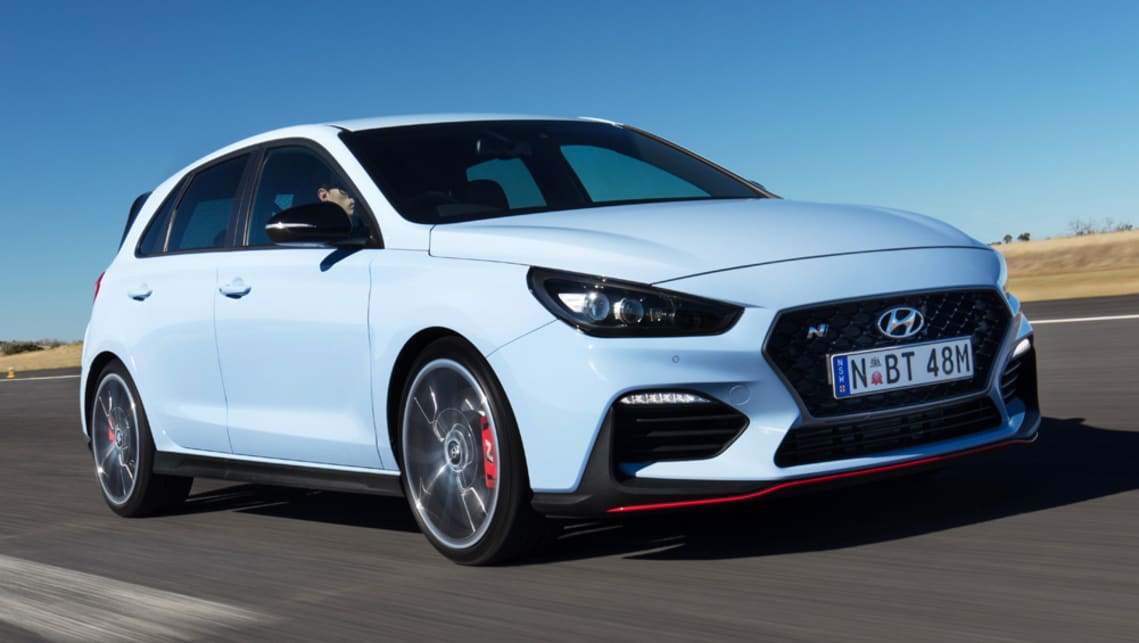 Hyundai’s plans for performance domination: i20 N, i30 N DCT and Kona N to spearhead assault on sport car market

It feels like it’s been a long time between drinks for Hyundai’s N performance division, with the brand-changing i30 N launching way back in 2017, and the Fastback version being revealed a year later. But since then, it’s been a little quiet on the performance front. Last year saw the launch of the left-hand-drive only Veloster N, but not here in Australia.

But that’s all about to change, with Hyundai readying a raft of go-fast product that it hopes will cement it as a performance powerhouse in Australia and around the world, including the i30 N automatic, the i20 N and the Kona N go-fast SUV.

That story will begin with the i30 N’s long-awaited automatic option, with the hot hatch to at last be fitted with an eight-speed dual-clutch gearbox. With a global launch expected in late 2020, it will open the performance-focused i30 to a a whole new audience.

That gearbox won’t be an N-exclusive product, with performance chief Albert Biermann confirming it would be shared with the rest of the Hyundai range. But he promises the DCT will perform very differently in an N-badged car than it would in a regular Hyundai vehicle.

“It’s our own in-house development, and we did it so it can meet many cars, but the way we’re applying it and tuning it in an N is a whole different story to how we would for an SUV.

”You could never tell it’s the same transmission. The ’N Mode’ is unbelievable.”

That car will be followed by the i20 N, with Hyundai’s smallest vehicle having undergone a go-fast makeover, too. The brand has so far kept quiet on the development of that vehicle, and is yet to officially confirm its existence, but spy shots show the vehicle well into its development program.

International reports suggest the i20 N will make use of a turbocharged 1.6-litre, four-cylinder engine that should produce in excess of 150kW and 265Nm. It’s the same power plant at work in the Hyundai Veloster Turbo, thought its unclear whether the N engineers will squeeze more grunt out of it.

Adaptive dampers, larger wheels and bigger brakes, a lower ride height, a dual-tipped exhaust and a possible limited-slip differential are expected to join the performance kit, as well as strut braces to help with body stiffness.

The regular i20 was axed in Australia in 2015, with the brand here unable to secure the pricing it needed for it to be competitive, but its understood Hyundai in Australia has its hand high in the air for the performance variant.

Finally – for now – is the Kona N, with the brand’s small SUV confirmed for the go-fast treatment, after the i20 N is launched globally.

“Next is a smaller car. You can call it i20-sized, just a little bit smaller than what we have now,” Mr Biermann has told CarsGuide.

Mr Biermann has previously confirmed a Kona N would borrow the same turbocharged 2.0-litre engine as the i30 N, which packs a 202kW and 353Nm wallop. Expect AWD, sportier suspension, extra body stiffening and a booming exhaust to join the party, too.

While Hyundai in Australia is yet to confirm the i20 N and Kona N for Australia, we suspect the brand’s performance-car lineup is about to grow, with Hyundai telling CarsGuide it wants a “N performance family”.

“We’ve made no secret of the fact our focus is on building an N  performance family, and so we will of course be studying the business case for any new product that should become available, including an AWD SUV” says Hyundai Australia spokesperson Guido Schenken.

“An an i20 N also isn’t ruled out, either. Given our i20 WRC program, we’d of course be interested in something like that.”