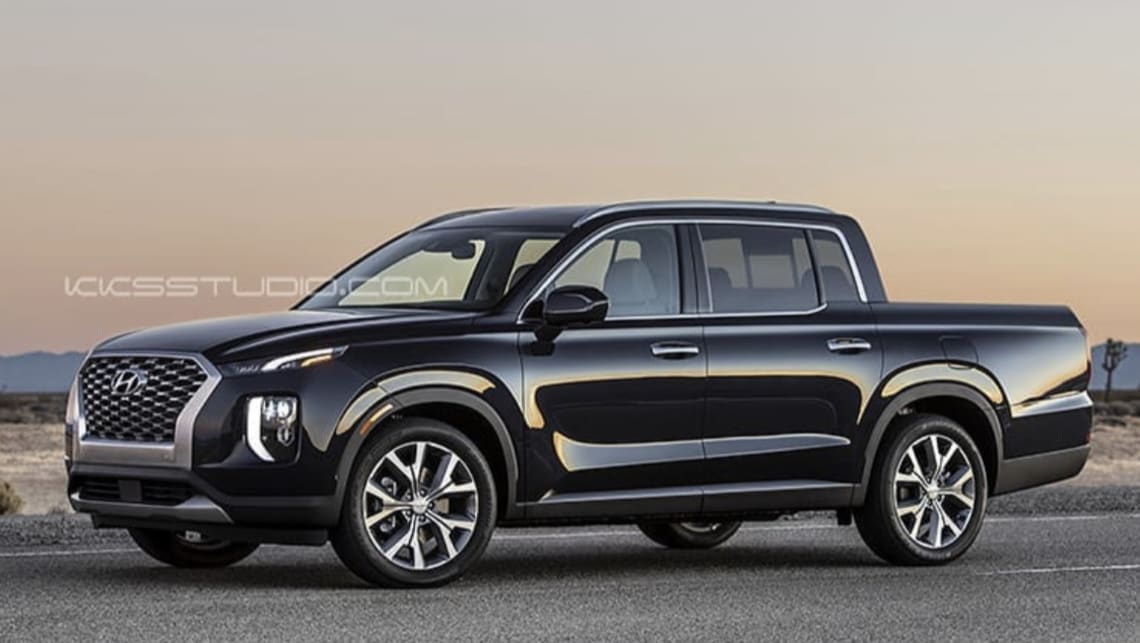 Hyundai in Australia has confirmed that it should have a true Toyota HiLux and Ford Ranger rival in Australia by 2023, giving the brand its first real workhorse – and its first entrant into one of the country’s biggest segments.

It’s not just Hyundai, of course. Kia has also confirmed that “work has begun” on its own ute family, with its new workhorse expected to arrive in 2022.

For its part, Hyundai is targeting a 2023 launch date, with production facility locations now being finalised.

Now it must be said, it’s unlikely to look much like the Palisade-based pick-up rendered above (though it’s fine work by Kksstudio.com), but make not mistake; a workhorse is coming.

While there is still some waiting to do for Hyundai’s Toyota HiLux and Ford Ranger rival, we thought we’d pull together everything we know so far about the brand’s incoming workhorse.

Hyundai is being realistic about its sales aspirations

Hyundai’s new ute should be in Australia in 2023, though it won’t look like the Santa Cruz (pictured)

But it will likely take time before Hyundai finds itself battling for the top spot, and this is something the brand knows only too well. And so the company’s Australian boss is being commendably realistic about where the new workhorse will sit on the sales charts.

Just to put that into a little more perspective for you, Mazda sold around 111,000 vehicles total last year in Australia. Hyundai sold 95,000. So if Mr Lee’s predictions are correct, then a new workhorse would put Hyundai neck-and-neck with the Japanese brand on total sales.

There could be a fast one

N boss Albert Bierman is open to an N-badged ute.

Hyundai’s R&D boss – and performance-car chieftain – Albert Biermann has his eye on the upcoming ute too, telling CarsGuide that he’s “ready for anything”, and suggesting he’d be happy to add a ute to his go-fast fleet.

“You have to be ready for everything from Hyundai and Kia, so everything is possible,” Biermann says. “So there are no limitations.

“There’s no clear plan for that, but I mean you can expect everything when the time is right and the marketplace. And, yeah, we are moving.”

It would be easy to think of a go-fast Hyundai ute as a Ranger Raptor rival, but we actually think it would end up being something of a successor to the HSV Maloo – more focused on the road than going fast off it.

There could be a luxury one

Could Genesis be working on a new premium pick-up?

And Mr Biermann isn’t the only one eyeing a new dual-cab’s potential, with Genesis boss Manfred Fitzgerald also not ruling out taking his premium wand to the brand’s new ute.

Mr Fitzgerald told CarsGuide that, while a Genesis-stamped X-Class rival wasn’t confirmed, he also wasn’t ruling it out.

“The sky is the limit there, and also our imagination,” Mr Fitzgerald said. “We are thinking of several things out there, and there are a lot of white spots on the map.”

“Let’s see what we come up with in the future. I wouldn’t rule out anything.”

It won’t be a lightweight

Forget the lifestyle-focused Santa Cruz pick-up concept, what Hyundai (and Kia) are talking about here is a serious workhorse offered in single-, dual- and cab-chassis guises and with a choice of petrol or diesel engines and four-wheel drive.

And yes, that means a one-tonne payload and a three-tonne (at least) braked towing capacity.

Take this, from Hyundai’s COO Scott Grant: “We have a fairly strong and arduous list of minimum starting positions in terms of towing and other things that you need in Australia, otherwise you are not in the game.”

It will be tuned and tested in Australia

Kia has officially confirmed a ute is coming to Australia, and it won’t look like the Santa Cruz. (image credit: Kia Telluride Forums)

And the ute will be no different, with plans to localise the vehicle here, as well as put it through its hot weather testing paces.

“As with pretty much all Hyundai vehicles, it will be tested here in Australia. Hot-weather testing happens here, so there’s no problem with durability,” the brand’s Bill Thomas has told media in the past.